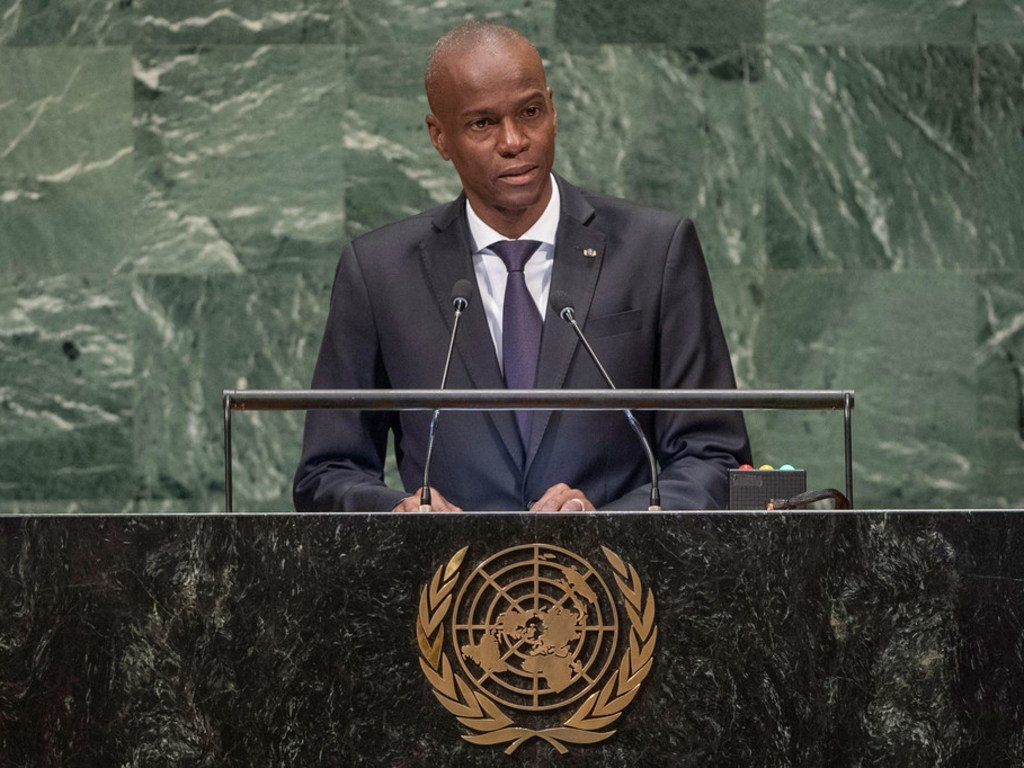 Haitian President Jovenel Moïse on Thursday called on the international community to provide the necessary development aid as the Caribbean island nation prepares for the transition nest year of the United Nations mission to a non-peacekeeping presence in the country.

“From this lofty tribune I would like to tell our technical and financial partners that we must together muster the necessary courage to rethink the development aid for Haiti,” he told world leaders on the third day of the General Assembly’s annual general debate.

“With Haiti’s meager financial resources, we have begun to put the country on the track to progress. Today more than ever, we need this synergy to build our country’s future.”

In the latest iteration of UN missions that over the past two decades have been helping to restore stability following political conflict, a devastating earthquake and frequent hurricanes, the UN Mission for Justice Support in Haiti (MINUJUSTH), is scheduled transition to a non-peace-keeping presence in October 2019.

Two years ago, MINUJUSTH was mandated to assist the Haitian Government to further develop the Haitian National Police (HNP); to strengthen Haiti’s rule of law institutions, including the justice and prisons; and to promote and protect human rights – all with a view to improving the everyday lives of the Haitian people.

Earlier this month UN Assistant Secretary-General for Peacekeeping Operations Bintou Keita warned the Security Council that several challenges remain, citing violent protests in July over fuel price increases that led to widespread looting in the capital, Port-au-Prince, as well as in other cities.

Mr. Moïse said the violent discontent must not be under-estimated. “It highlights with especial clarity the central question of the risks associated with extreme social-economic precariousness and the lack of economic perspectives.”

Turning to health matters in the country, the Haitian President stressed that $ 20 million is needed for the establishment of 122 health centers to meet the needs of the population at the commune level.

“I also take the opportunity to challenge the international community on the obligation to mobilize resources to eliminate cholera introduced by [the previous UN mission, a peacekeeping operation known by the French acronym MINUSTAH] into the country and to compensate the victims,” he added.

[In August 2016, then-Secretary-General Ban Ki-moon announced the UN’s new approach to cholera in Haiti. Indicating that he deeply regretted the terrible suffering the people of Haiti endured as a result of the cholera epidemic, he said that the United Nations has a moral responsibility to the victims of the cholera epidemic and to support Haiti in overcoming the epidemic and building sound water, sanitation and health systems.]