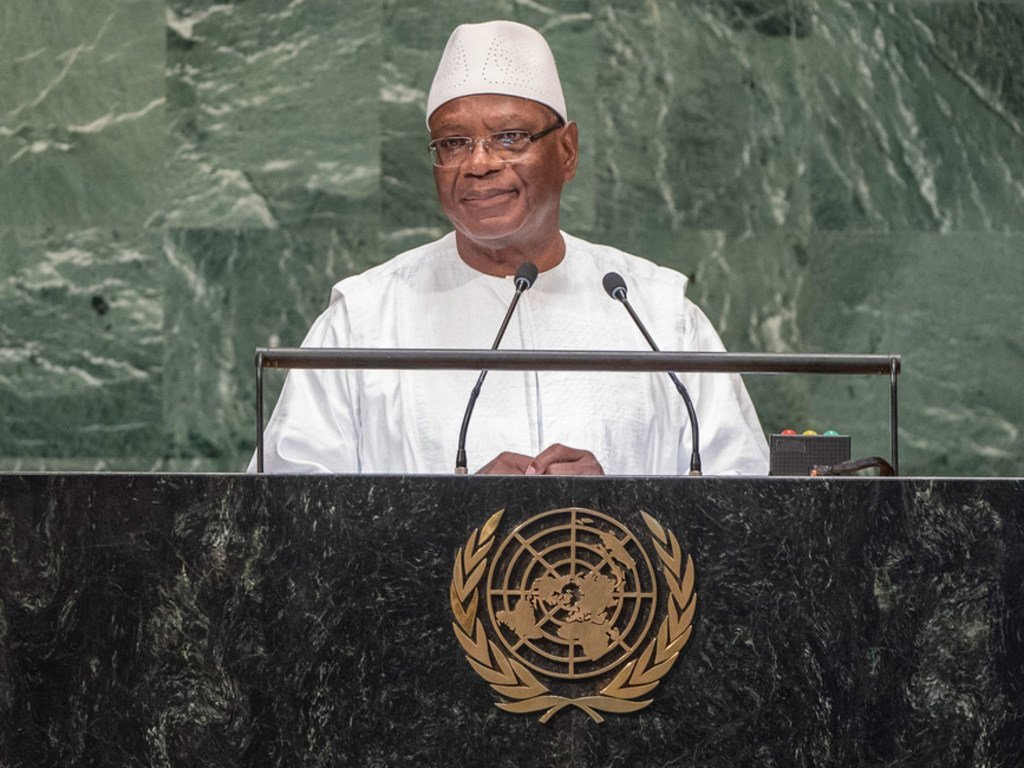 Malian President Ibrahim Boubacar Keita, whose West African country has benefitted from a 15,000-strong United Nations Stabilization Force (MINUSMA) to bring peace after Tuareg rebels and militant Islamists devastated its northern and central regions, mounted the General Assembly podium on Wednesday to thank the world Organization for “its immense and multi-dimensional” support.

“This is the place to pay homage to the women and men of MINUSMA for their engagement and their sacrifice in a security situation that I know is complex and difficult,” he told Heads of State and Government on the second day of the Assembly’s annual general debate. MINUSMA was set up in 2013.

“I reiterate the profound gratitude of the people and Government of Mali towards the United Nations, our bilateral and multilateral partners, for their constant support in our emergence from crisis.”

At the same time, he called for making the UN even more relevant and efficient for all by adopting reforms, including enlarging the 15-member Security Council, the only UN body whose decisions are legally binding, by increasing representation for African and other developing countries, and strengthening the powers of the 193-Member Assembly, whose decisions are non-binding.

On the domestic front, Mr. Keita noted that Mali continued on its path to stability with last month’s presidential elections, in which he won a second term and which, despite all sorts of challenges were held in conditions hailed by the international community.

He pledged to restore faith between the State and its citizens and highlighted the return of civil administration to northern areas that had been riven by conflict. He also noted his efforts to combat poverty, promote youth and invest in infrastructure, including road building, agriculture, water and energy projects, and affordable housing.

On the regional front, he called on the international community to provide adequate funding for the G5 Sahel, a military task force comprising Burkina Faso, Chad, Mali, Mauritania and Niger to fight terrorism in sub-Sahara.

In the international domain Mr. Keita reiterated his support for the Global Compact on Migration, pledging that Mali will do its part in managing migratory flows.

♦ Receive daily updates directly in your inbox - Subscribe here to a topic.
♦ Download the UN News app for your iOS or Android devices.
mali|General Debate 73