‘We all need to see the bigger picture;’ cooperation is the key to making the world better for all, Estonia tells UN Assembly 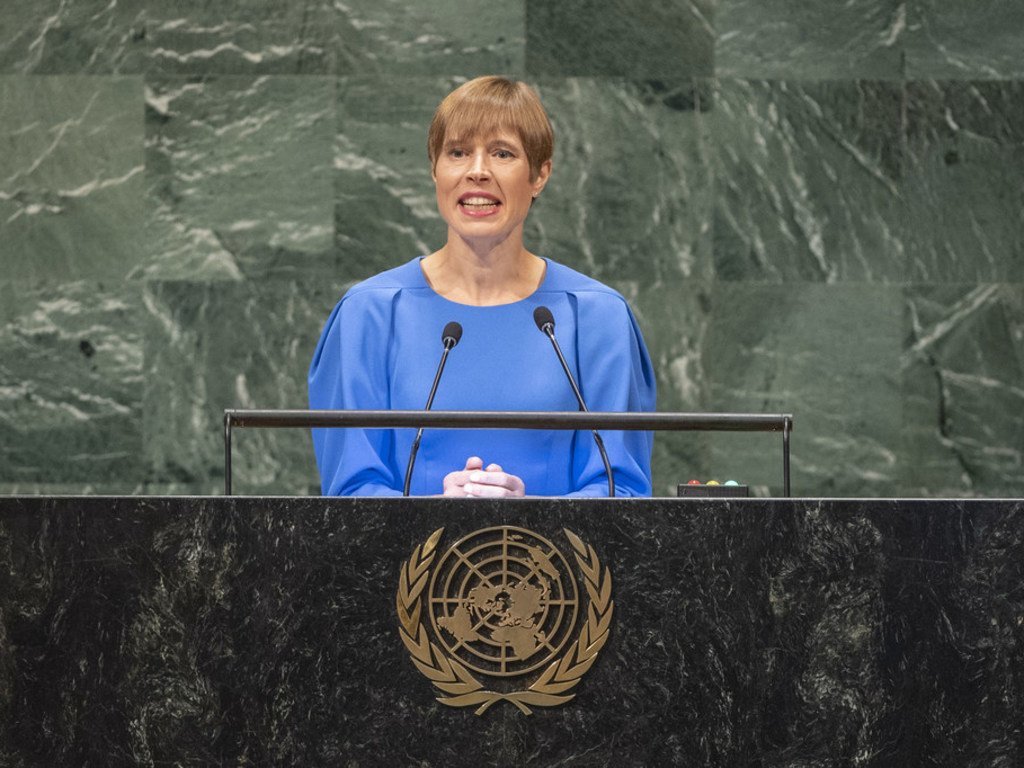 Empathy, equality, and efficiency should be the hallmarks of the work of the United Nations, Kersti Kaljulaid, the President of Estonia, told the General Assembly today as she set out her country’s vision for addressing global challenges such as migration, climate change and the shrinking space for free trade.

“Being connected and dependent of each other more than ever, we simply cannot afford to be self-centered and ignorant. We all need to see the bigger picture,” Ms. Kaljulaid told leaders gathered for the second day of the Assembly’s annual general debate.

She said that empathy can easily be translated into efficiency “if we really wish to get things done. Words are important, but they are not sufficient if not followed by concrete action,” and that all nations have an equal responsibility to be more pro-active in preventing and solving global challenges.

By example, she said the recent agreement on Global Compact for Safe, Orderly and Regular Migration, set to be adopted at an international meeting in Marrakech in December, will be hollow without implementation; “as hollow as the days ahead for those not knowing where they should lay their head for the night.”

The same could be said for the Paris Agreement on climate change. “In order to tackle the global challenge of climate change that is affecting billions we must implement the commitments we have collectively taken,” she said, also calling for joint action to leverage the benefits of the ICT revolution for all and to bolder free trade systems so that all countries and regions, particularly in Africa, can ensure long-term growth and development.

“We see solution in liberal thinking that progress is possible not through polarization, fragmentation or tribalism. Progress is the force born out of debate and seeking common solution,” she said.

“I wish to demonstrate how many good ideas globally there are,” Kalijulad went on to say, “already found, already tried but only on the small scale. Ideas which help someone somewhere, waiting to be discovered and upscaled in order to help as many in the world as possible.”

Finally, spotlighting the necessity of multilateralism and international legal standards, President Kaljulaid stated: “The role of the UN is to provide this equality, as a guarantor of the rules-based global system. We depend on each other, whether we like it or not.”

♦ Receive daily updates directly in your inbox - Subscribe here to a topic.
♦ Download the UN News app for your iOS or Android devices.
estonia|General Debate 73

‘Through the tears, solutions for a better society have sprung up’: Estonian President