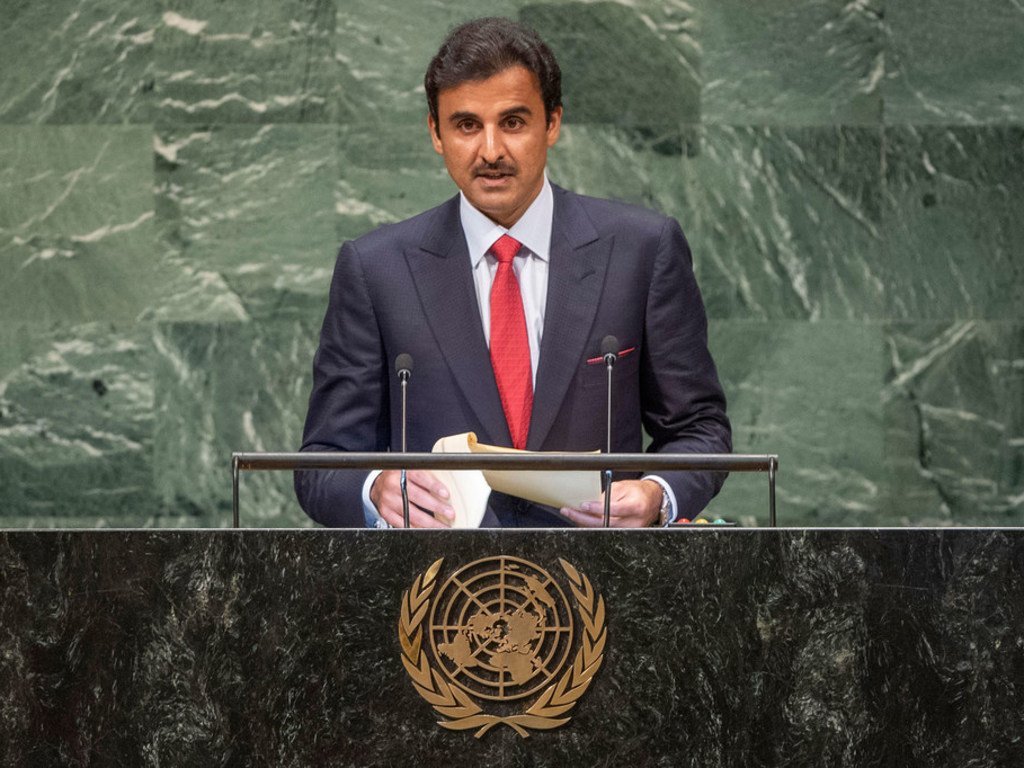 The international community needs to go beyond “managing crises” and instead pursue comprehensive and just solutions, guided by international law and norms, if it is to achieve global security and stability, the leader of Qatar said at the United Nations General Assembly on Tuesday.

Highlighting in particular the threats posed by terrorism, Sheikh Tamim bin Hamad Al-Thani, the Amir of the State of Qatar, affirmed his country’s “firm position” rejecting all forms and shapes of terrorism anywhere in the world, regardless of the reasons and pretexts.

“International cooperation [is a prerequisite] in combating violence resulting from extremism and violence directed against civilians to terrorize them and to damage civilian facilities for political ends,” he said.

In that context, educating youth and ensuring their comprehensive participation can boost collective security as well as support peace and stability efforts, added the Amir.

In his remarks, the leader of Qatar spoke of deteriorating situation in the Palestinian territories, particularly in the Gaza Strip, and the continued construction in the occupied Jerusalem and the West Bank.

The Amir also drew attention to persisting conflicts in the Middle East region – Syria and Yemen – and reiterated the need on all parties to respect and abide by their obligations under International Humanitarian Law to protect civilians.

He also spoke of humanitarian support provided by Qatar to those in need of assistance.

♦ Receive daily updates directly in your inbox - Subscribe here to a topic.
♦ Download the UN News app for your iOS or Android devices.
qatar|General Debate 73

Underscoring that extremism and terrorism remain the most serious challenges confronting the world, the Amir of Qatar called on leaders to take concerted action against terrorist organizations and their extremist ideologies to maintain global security and stability.