UNAMID/Mohamad Almahady
Escorted team from UNAMID’s Governance and Community Stabilization Section is pictured on its way to Birka area, North Darfur, to conduct a peace conference for farmers and herders, on 2 February 2018.

“Expectations for peacekeeping have so far outstripped its resources,” UN Secretary-General António Guterres told Heads of State and Government on Tuesday, as he opened a High-Level meeting marking the 70th anniversary of UN Peacekeeping operations, at UN Headquarters in New York.

Mr. Guterres outlined the impetus for his launch of the Action for Peacekeeping (A4P) initiative in March this year, citing the tragically high numbers of peacekeeping fatalities he faced during his first months in office, and the recommendations of the subsequent report, “Improving Security of United Nations Peacekeepers.”

Peacekeepers must navigate complex conflicts on the ground, stalled peace processes and a rise in transnational terrorism but, said Mr. Guterres, one overarching challenge they face is the gap between aspiration and reality. 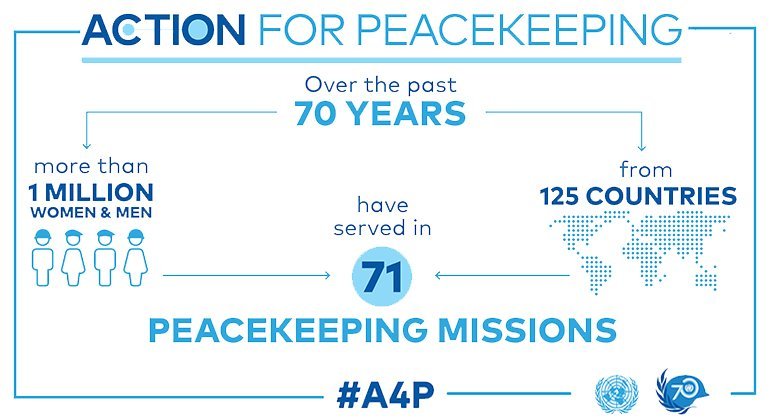 The two core aspirations for UN peace operations are a greater push for political solutions, which enables the successful completion of missions, and the protection of civilians. On this point, Mr. Guterres said that “we can never forget the tragic consequences of our failures.”

The initiative, said Mr. Guterres, is already becoming a reality, with independently-led reviews determining how the UN can better deliver on its mandates, including through more proactive, accountable missions; innovative approaches to training and equipment; and active steps to strengthen the role of women in peacekeeping.

Referring to allegations of sexual exploitation and abuse, Mr. Guterres said that these are being responded to more quickly, with more support for victims; and that the UN is now more effective in seeking justice.

Peacekeeping’s achievements, said Mr. Guterres, go far beyond keeping the peace: “Blue helmets are protecting millions of displaced people and supporting the delivery of life-saving humanitarian aid. Their presence sends a powerful message of international solidarity with the most vulnerable.”

But, said the UN chief, partnerships with regional and sub-regional organizations are instrumental if the UN is to achieve its objectives. When it comes to counter-terrorism or peace enforcement, African peace operations - including those mandated by the African Union - are playing a critical role.

The Secretary-General urged more countries to endorse the Declaration of Shared Commitments on UN Peacekeeping Operations. As of Tuesday, it has been endorsed by more than 146 governments, and he urged more support for UN peacekeeping operations, including through predictable, adequate and sustainable financing, in order to make peacekeeping fit for the future.

Thanking the Heads of State and Government for their contributions, in terms of troops, police and funding; managers of peacekeeping mandates; and governments hosting peace missions, Mr. Guterres said that, with the Declaration providing a clear agenda for the peacekeeping community, it is now time to translate commitments into action. 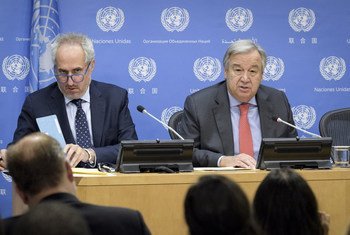 UN chief António Guterres on Thursday called for a “renewed commitment to a rules-based global order” and to the organization he leads, highlighting his key themes for discussion during the High-Level week of the General Assembly, beginning on Monday. 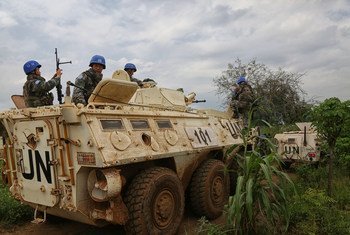 Highlighting complex and evolving challenges, the head of UN peacekeeping on Wednesday called for heightened vigilance and a more robust response to existential threats against both peacekeepers and those they strive to defend.