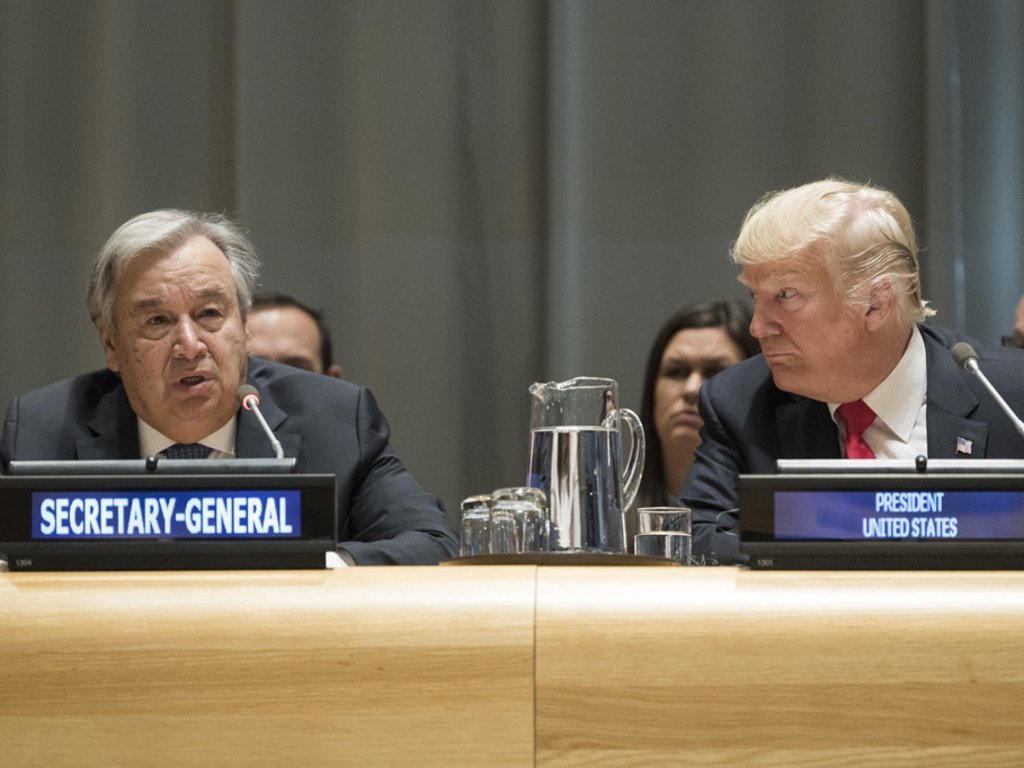 The United Nations focused a global spotlight on the world-wide drug problem during a high-level counter-narcotics event on Monday in which Secretary-General António Guterres flagged that this “is personal.”

Drug addiction is “more than just a policy issue. It is personal.”  Mr. Guterres said at the event, noting that “the reality is that drugs and addiction are not abstract issues.”

“All of us have stories” and “it is our duty to act – and act now,” underscored the UN chief.

He highlighted that he had lost a friend to drugs “at an unbearably young age, and also described how his sister had spent many years working as a psychiatrist at a drug treatment centre in the Portuguese capital, Lisbon.

“I saw the heavy toll it took on her day after day as she treated those suffering so badly,” he said, adding that he had “enormous admiration” for her. “I think I have done several tough jobs in my life. Nothing compares with what I have seen her do.”

Calling the situation “alarming,” Mr. Guterres pointed out that the global production of opium and manufacture of cocaine “has never been higher.”

“Some 450,000 people die every year from overdoses or drug-related health issues,” he underscored, adding that in recent years, “some 31 million people around the world” required drug-addiction treatment.

Non-medical use of tramadol in parts of Africa and the Middle East is threatening communities that are already fragile. And the United States is in an “utterly heart-breaking” opioid crisis, according to the UN chief.

He voiced concern that only one-in-six people who need drug-addiction treatment receives it, and for women, the figure is even higher.

Firstly, he underscored the urgency to “crack down on drug trafficking and those who profit from human misery,” specifically by denying them safe havens and better cross-border cooperation; improving intelligence-sharing and analysis across drug supply chains; and targeting the links between drugs, corruption, arms, human trafficking and terrorist networks.

Secondly, he called for the need for drug-addiction treatment, with consumers being “first and foremost, patients and victims.”

The Secretary-General explained that this was the policy he employed as Portugal’s Prime Minister two decades ago, when the country had some of Europe’s highest drug abuse death rates and the highest rate of HIV amongst injecting drug users.

"And the policy worked," he stated. “There was an increase in the quantity of drugs seized and in the efficiency of police and customs operations.”

Moreover, he said that drug consumption dropped “significantly, particularly among youth,” drug users declined by 50 per cent, and drug-related infectious diseases and the number of people overdosing also plunged.

“National priorities may differ, but the global community shares a common goal: to protect people’s security, health and wellbeing,” he emphasized.

"The United Nations system – and I personally – stand ready to support governments in meeting the challenge of the world drug problem,” he asserted.

“Failure is, indeed, not an option.  Together we will succeed. We will never give up,” concluded the Secretary-General.

UN Photo/Mark Garten
US President Donald Tump presents his Global Call to Action on the World Drug Problem during the high-level event on countering narcotics at UN Headquarters.

US President Donald Trump, hosting the event, called Mr. Guterres a "great friend," noting that he was doing a "wonderful job" in a "very complex” situation, adding that the UN’s “tremendous potential” was “slowly but surely” being met.

The US President stressed the need to combat drug addiction and stop all forms of trafficking and smuggling.

"The scourge of drug addiction continues to claim too many lives in the US and the nations around the world," said Mr. Trump. “Today we commit to fighting the drug epidemic together.”

Citing the 2018 World Drug Report, he pointed out that cocaine and opium production have hit record highs, noting that global drug-related deaths have gone up 60 per cent in 15 years.

Flagging the link between illicit drugs and organized crime, illegal financial flows, corruption and terrorism, he stressed: "It is vital for public health and national security that we fight drug addiction and stop all forms of trafficking and smuggling that provide the financial lifeblood for vicious trans-national cartels."

“All of us must work together to dismantle drug production and defeat drug addiction,” he underscored, recalling the US’ call-to-action last month on the world drug problem: “Reduce drug demand, cut off the supply of illicit drugs, expand treatment and strengthen international cooperation.”

“If we take these steps together, we can save the lives of countless people in all corners of the world,” said Mr. Trump. “The United States looks forward to working with you to strengthening our communities, protect our families and deliver a drug-free future for all of our children.

♦ Receive daily updates directly in your inbox - Subscribe here to a topic.
♦ Download the UN News app for your iOS or Android devices.
narcotics|Drug|General Debate 73

Inclusive partnerships are essential to addressing drug challenges and achieving the Sustainable Development Goals (SDGs), according to the top United Nations panel dealing with all aspects of narcotic drugs.