UNMISS\Nektarios Markogiannis
Ethiopian peacekeepers deployed to the United Nations Mission in South Sudan (UNMISS) escort a group of women outside a UN-run site and create a safe perimeter within which they can search for firewood without being at risk of attack, 28 March 2017.
18 September 2018
Peace and Security

Mr. Haysom’s comments were delivered during a briefing to the Security Council on South Sudan, led by Jean-Pierre Lacroix, the head of UN Peacekeeping Operations.

Mr. Haysom said that two years ago, when he took up his post, South Sudan was trying to implement the original version of the peace agreement that has now been revitalized, and formally agreed only last week, in the Ethiopian capital, Addis Ababa, between President Salva Kiir and his former Vice-President, Riek Machar.

The two years-long rivals signed a “landmark” agreement on 12 September at the main UN office in the Ethiopian capital Addis Ababa, following 15 months of negotiations led by the Inter-Governmental Authority on Development (IGAD, an eight-country trade bloc in Africa) and the Governments of Sudan and Ethiopia.

Since 2013, the country has suffered devastating civil conflict that has seen tens of thousands killed, multiple human rights abuses and millions displaced or forced to flee across the border.

Mr. Haysom said that the important question facing the Security Council is how the international community and UN should respond to the new agreement and that, whilst the agreement is not perfect, it could still be an effective platform for peace.

Mr. Lacroix described the new agreement as “an important milestone in a crisis now entering its fifth year,” saying that the need for peace in South Sudan is so urgent that “we must seize this as an opportunity and work together to make the agreement a basis for lasting peace.”

Mr. Haysom told the Security Council that he has advised the parties to the South Sudanese conflict that simply signing a peace treaty will not lead to the automatic support of the international community, noting that previous agreements have been violated within hours of the relevant parties committing to peace.

An assessment of the sustainability of the agreement, he said, is necessary. This assessment includes its enforceability, political accountability and trust levels: with trust currently very low between the two parties, confidence building measures are needed to build faith in the peace process, following years of intercommunal violence.

In addition, potential donors will not be willing to fund the peace process unless there is financial transparency, and accountability for the past misuse of public funds.

In his briefing, Mr. Lacroix also stated that trust is crucial, and that this would allow all South Sudanese stakeholders, including women, to meaningfully engage in the full implementation of the agreement.

However, renewed fighting had already been reported within days of the signing in Addis Ababa, in several regions of South Sudan, with both sides in the conflict mobilizing reinforcements to support operations to secure territory.

This fighting, said Mr. Lacroix, has worsened the already dire humanitarian and human rights situation in the country.

Almost 2 million people are displaced within South Sudan, and another 2.5 million have been forced to live in neighbouring countries. A key hallmark of the conflict includes sexual violence, threats and harassment.

Mr. Lacroix and Mr. Haysom both supported the proposal of IGAD to enable Sudan, Uganda, Djibouti and Somali troops to join the Regional Protection Force (RPF) deployed in South Sudan.

These soldiers would be tasked with, among other things, the protection of the opposition leaders once they return to the country to take part in the transitional government.

The UN Mission in South Sudan, UNMISS, will continue to perform its mandate to contribute to a secure environment, with an emphasis on protecting civilians. 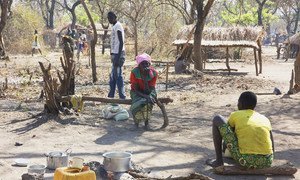 The plight of South Sudan’s women and girls “should no longer be ignored”, UN investigators told the UN Human Rights Council on Monday, citing the disturbing testimonies of sexual abuse victims who have been treated by soldiers and militias as the “spoils” of the more than five-year conflict. 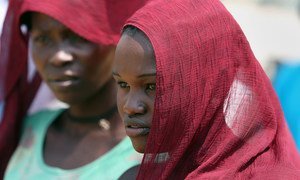 A “lack of command and control” on the part of South Sudan’s government, just days after signing a new peace agreement to end years of brutal civil conflict, is one of the factors which led to the shooting of a United Nations peacekeeper on Saturday, the UN mission chief in the country has said.