Corruption is present in all countries, “rich and poor, North and South, developed and developing,” United Nations Secretary-General António Guterres told the Security Council on Monday, at a session on tackling corruption for the sake of peace and international security.

And according to the World Bank, businesses and individuals pay more than $1 trillion in bribes each year. 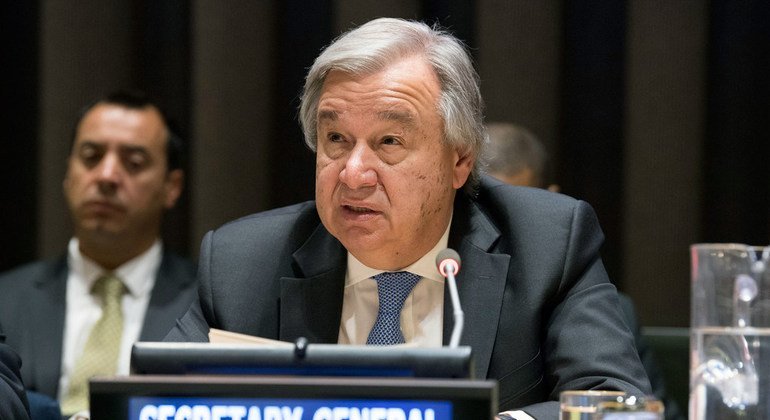 “The poor and vulnerable suffer disproportionately,” he stressed.  “And impunity compounds the problem.”

The UN chief linked corruption to many forms of instability and violence, such as the illicit trafficking of weapons, drugs and people and noted that connections between corruption, terrorism and violent extremism have been repeatedly recognized by the Security Council and General Assembly.

“Large-scale corruption surveys conducted by the United Nations Office on Drugs and Crime (UNODC) found that bribery of public officials was particularly high in areas affected by conflict,” he continued, adding that in times of conflict, corruption can be especially devastating as it can affect basic needs and exacerbate hunger and poverty.

“It is especially important to build up the capacity of national anti-corruption commissions and prosecutorial efforts,” he told the Council, encouraging governments to ensure independent judiciaries, media freedom and whistleblower protections.

He suggested that the international community work effectively against money laundering, tax evasion and the illicit financial flows “that have deprived countries of much-needed resources,” and that feed further corruption.

Mr. Guterres reiterated some of the ways the Organization can support Member States, “from sharing good practices to supporting efforts to strengthen national anti-corruption institutions.”

Mr. Guterres recognized that people globally continue to express outrage over their corrupt leaders, noting how deeply corruption is embedded in societies, saying “They are rightly calling for political establishments to operate with transparency and accountability – or make way for those who will.”

“I call on leaders everywhere to listen, to nurture a culture of integrity and to empower citizens to do their part at the grass roots,” he said.

Also taking the floor was John Prendergast, Co-founder, with George Clooney, of “The Sentry,” a team of policy analysts, regional experts, and financial forensic investigators who follow the flow of corrupt cash, and its close links with African warlords who perpetrate atrocities.

With a focus on the continent, Mr. Prendergast highlighted the major role of corruption in fueling and extending conflict, explaining that war has been good business for many.

Citing deadly African conflicts, such as in the Democratic Republic of the Congo, South Sudan and the Central African Republic, he spoke of the extraordinary opportunities exploited by profiteers when “there is a visible nexus between grand corruption and mass atrocities.”

“Until the Security Council and other interested parties with potential influence can create leverage” to change the dynamics of financing conflict, from pillaging resources, looting and stealing state assets, he assured the Council that “the bottom line is that war will remain more beneficial than peace for those at the centre of conflict and corruption.” 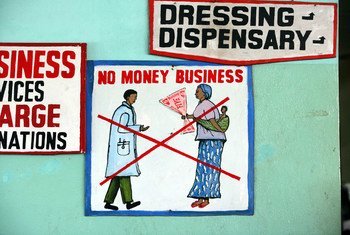 Corruption and complicity know no geographical boundaries, and it is society’s most vulnerable who get hurt the most, senior United Nations officials said on Wednesday, calling on Government leaders to fight the scourge, “from the top down”.