The talks were part of series of meetings set up to develop guidelines for countries to implement the Paris Climate Change Agreement, an important element in ensuring transparent and practical climate action across the globe.

Work on preparing the guidelines has been ongoing since 2016, the year after the Paris Agreement was signed by practically every country in the world.

The guidelines are due to be adopted at the annual climate change conference, COP24, to be held in the Polish city of Katowice in December.

If that goal is to be reached, urgent work is needed in the coming weeks, said Patricia Espinosa, Executive Secretary of UN Climate Change: “In Bangkok, there has been uneven progress on the elements of the climate change regime that countries are working towards. Clearly, we need to increase climate action significantly. Clearly, fully implementing the Paris Agreement is the way to do this in a balanced, coordinated manner that leaves nobody behind.”

Country representatives have been working on ways to increase action to deal with the impacts of climate change, increasing support for developing countries ­– in the form of finance, technology cooperation and capacity-building – and, crucially, limiting global temperature increase this century to well below 2C, ideally limiting the increase to 1.5C through emission reductions.

Key concerns include the way in which actions are regularly and transparently communicated, clarity on financing the actions, and how to reflect the contributions and responsibilities of developed and developing countries.

On this point, Ms. Espinosa was clear that the Paris Agreement strikes a delicate balance to bring all countries together: “We must recognize that countries have different realities at home. They have different levels of economic and social development that lead to different national situations.” she said.

The negotiations are taking place at a time when the world has witnessed flood-related deaths, livelihoods wiped out by droughts and expensive infrastructure lost across large stretches of the developed and the developing world.

♦ Receive daily updates directly in your inbox - Subscribe here to a topic.
♦ Download the UN News app for your iOS or Android devices.
climate change|climate action|COP24|unfccc 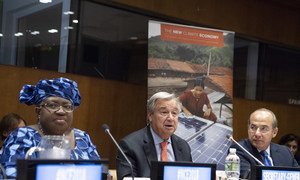 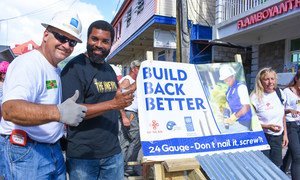