Haitian authorities must do more to prepare the Caribbean island nation for the planned withdrawal of the country’s UN peacekeeping mission, Bintou Keita, Assistant Secretary-General for Peacekeeping Operations, told the Security Council on Thursday.

Ms. Keita was presenting the Secretary-General’s report, a review of the work of The UN Mission for Justice Support in Haiti (MINUJUSTH), the Government, and the UN country team and external partners, as the country prepares for the transition withouta UN peacekeeping presence, scheduled to take place in October 2019.

Ms. Keita told the Security Council that several challenges remain, and dedicated action must take place to ensure the transition is a success. 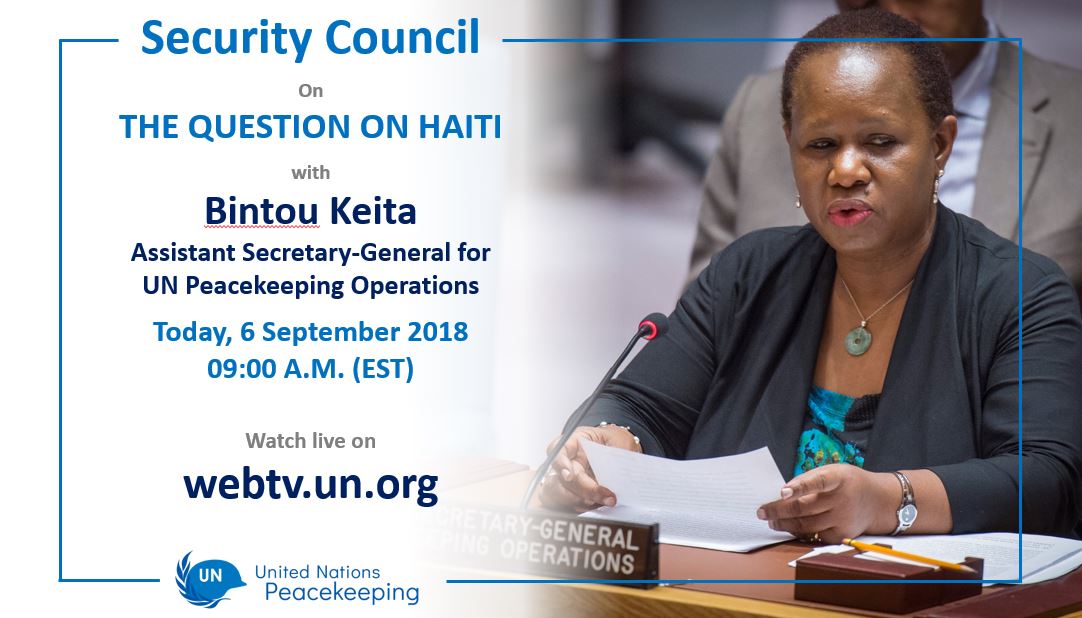 These challenges, she said, include the violent protests that took place in July. These were sparked by a Government announcement of fuel price increases, and included widespread looting in the capital, Port-au-Prince, as well as in other cities.

In that instance, MINUJUSTH assisted the Haitian National Police in protecting the civilian population, and the crisis was quickly overcome. But the outbreak of violence, the worst seen in Haiti for several years, demonstrates the current volatility of the security situation, she intimated.

In addition, at a time when armed gangs continue to pose a threat, the number of police officers per 1,000 citizens has dropped to 1.32, and dedicated intervention is needed if the development plan of the Haitian National Police is fully implemented.

Several targets have not been met: a national action plan for human rights has not been implemented, a Permanent Electoral Council has not been nominated, and women are not represented in key state institutions. Ms. Keita added that progress hinges on the adoption and promulgation of key rule of law legislation, including the criminal code, and that these problems must be addressed by a fully-functioning Government.

MINUJUSTH, briefed Ms. Keita, has outlined a clear political strategy for the transition, working in close cooperation with international partners. Given the October deadline for the end of the UN’s peacekeeping role in Haiti, she stressed that the Mission, country team, Government and other partners, will need to “redouble their efforts” to make up for the time lost because of challenges that emerged from the July incidents, and expressed her hope that the Security Council will continue to provide strong support. 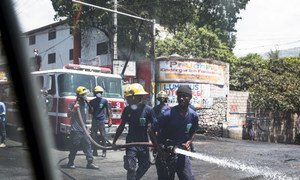 While acknowledging the right to peaceful assembly, the United Nations Security Council has strongly condemned recent violence in Haiti, sparked by protests against a Government announcement of fuel price increases, reportedly of up to 50 per cent, last Friday. 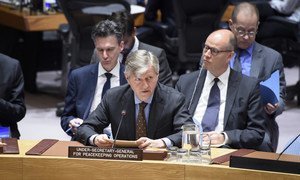