UN Photo/Shigeo Hayashi
Ruins of Nagasaki about 800 metres from the hypocenter in mid-October 1945.
6 September 2018
Peace and Security

On the annual observance of the International Day Against Nuclear Tests, Secretary-General António Guterres has highlighted the “inextricable connection” between testing and eliminating nuclear weapons across the world.

“Last month I visited Japan and met with survivors of the atomic bomb attack on Nagasaki,” Mr. Guterres said at a high-level meeting in New York, commemorating the Day. “Through the testimony of the survivors, the Hibakusha, we are reminded of the need to ensure that nuclear weapons are never used again.”

Mr. Guterres also stressed the need to “remember the victims of the disastrous era of widespread nuclear testing.”

“The legacy of more than 2,000 nuclear tests has touched people and communities in many regions, from the residents of Semipalatinsk and the steppe of Kazakhstan, to South Pacific islanders, and the Maralinga Tjarutja people of South Australia,” he declared, adding that included were some of the world’s most vulnerable communities, in some of the most fragile areas of the planet.

Moreover, the UN chief pointed out that nuclear testing inevitably has a “catastrophic impact” on the environment, human health, food security and economic development.

“That is why we should all welcome the robust norm against nuclear testing that has developed since the end of the Cold War, including through the voluntary moratoria implemented by most States that possess nuclear weapons,” he stressed.

Since the turn of the century, only the Democratic People’s Republic of Korea, commonly known as North Korea, has broken this norm, leading to condemnation from the Security Council and repeated imposition of sanctions.

What these tests have shown is that “no ad hoc measure can replace a global, legally binding ban on nuclear-testing,” the UN chief underscored.

“Every effort must be made to bring about the immediate entry into force of the Comprehensive Nuclear-Test-Ban Treaty, CTBT,” he continued. “As I stated in my disarmament agenda, ‘Securing Our Common Future,’ the CTBT has an essential role within the nuclear disarmament and non-proliferation regime.”

By constraining the development and qualitative improvement of nuclear weapons, the treaty puts a brake on the nuclear arms race and serves as a barrier against States that might seek to develop, manufacture and use acquire nuclear weapons in violation of their non-proliferation commitments.

“Yet,” he lamented, “more than 20 years since its negotiation, the Treaty has yet to enter into force. The failure to do so prevents its full implementation and undermines its permanence in the international security architecture.” 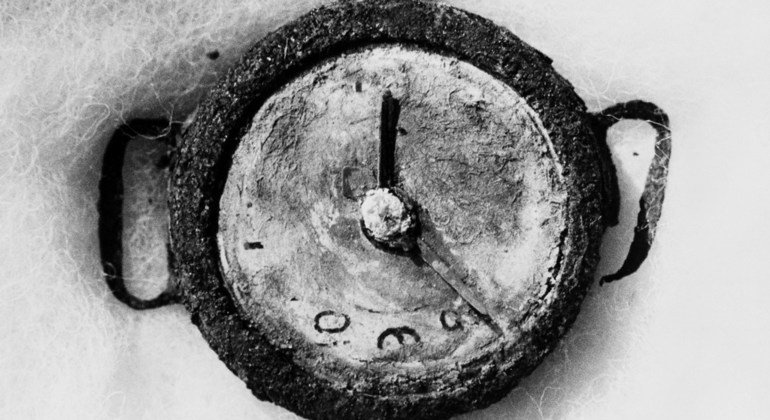 Although more than 180 countries have signed the treaty, and mostly ratified it, it can only enter into force after it is ratified by eight countries with nuclear technology capacity, namely China, Egypt, India, Iran, Israel, North Korea, Pakistan and the United States.

“They create openings for political miscalculations. And they bring us closer to the brink,” he asserted, saying the meeting at UN Headquarters was “vital for our planet, and for humanity.”

Turning to the CTBT, he made bemoaned the fact that it has yet to become active.

“We need a legally binding system; we need a clear verification mechanism; we need the CTBT to enter into force,” he stated, urging the eight States required to ratify “to do so urgently.”

Finally, he hoped to see “tangible” disarmament action on the Korean Peninsula, noting that “verification is crucial for progress.”

Every effort should be made to bring a global treaty into force that prevents more countries from developing nuclear weapons, UN Secretary-General António Guterres has said.