Amid external uncertainty and volatility, the economies of Latin America and the Caribbean will grow by an average of 1.5 per cent this year, thanks to a rebound in private consumption and a slight increase in investment, according to a United Nations flagship report issued on Thursday.

“Our region continues to grow, although at a slower pace than what was projected several months ago, despite international turbulence, said Alicia Bárcena, Executive Secretary of the UN Economic Commission for Latin America and the Caribbean (ECLAC) during a press conference in Mexico City.

While she noted that this steady growth is “positive,” she noted that “it demands that we redouble our efforts to prompt a reactivation, without resorting to excessive fiscal adjustments.

“Regional integration can play an important role here, and we must aim in that direction,” she added.

The report, which covers a total of 30 countries, highlights great heterogeneity among the various economies and sub-regions: South America is expected to grow by 1.2 per cent in 2018, while Central America will notch 3.4 per cent growth and the Caribbean, 1.7 per cent.

Regarding countries, the Dominican Republic and Panama will lead the region’s growth, with increases in gross domestic product (GDP) of 5.4 per cent and 5.2 per cent respectively, followed by Paraguay, Bolivia, Antigua and Barbuda, Chile and Honduras, which range between 4.4 and 3.9 per cent. 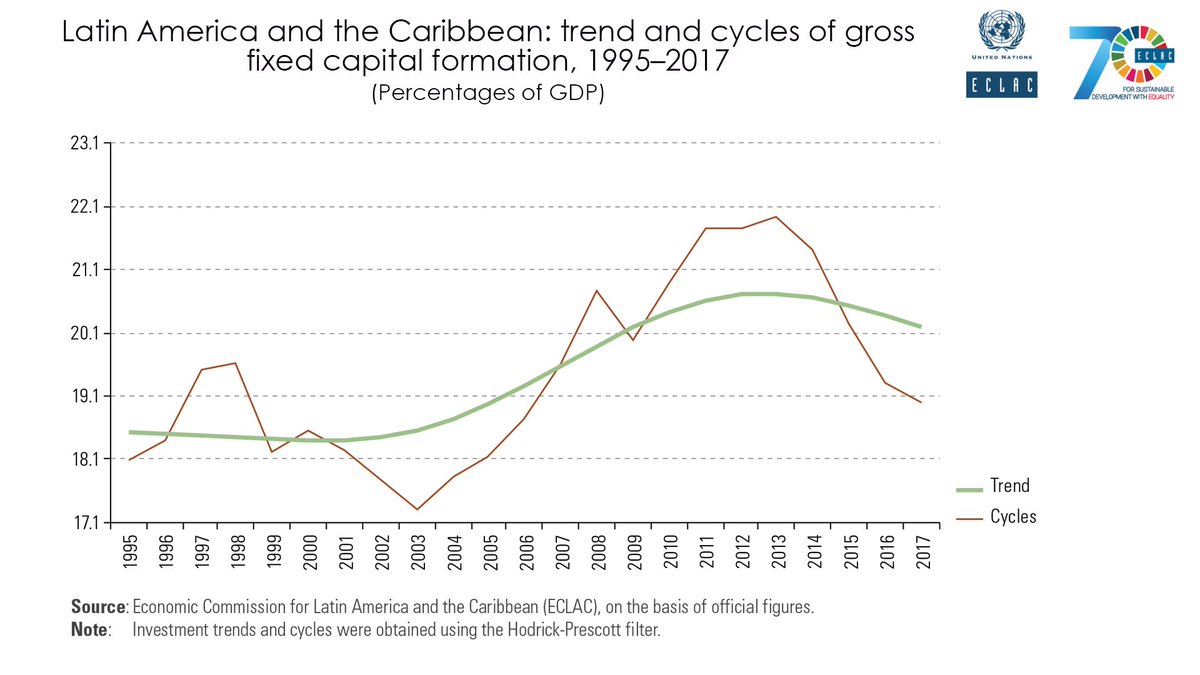 The survey notes that this growth is occurring in the midst of a complex global scenario, including trade disputes between the United States, China and other nations; growing geopolitical risks; a decline in capital flows toward emerging markets in the last few months and a rise in sovereign risk levels; depreciations of local currencies against the US dollar; and a global economic expansion that is tending to lose momentum.

According to the findings, average inflation remains within expected values overall, the regional urban unemployment rate has stopped growing (forecast at 9.2 per cent), thanks to greater creation of salaried jobs. Measures aimed at fiscal consolidation in Latin America have brought about an expected reduction in the primary deficit, which is forecast to narrow from an average deficit of 0.8 per cent of GDP in 2017 to 0.5 per cent in 2018.

While the report shows that the region has increased its investment levels in the last two decades and closed the gap with other regions of the world, ECLAC warns that additional efforts are needed to promote the productive linkages of this investment and thereby bolster economic growth.

“The region has made significant efforts to increase investment flows, but we face the challenge of improving its sectoral composition to incentivize our economies’ productivity. There is still much to be done,” Ms. Bárcena insisted.

♦ Receive daily updates directly in your inbox - Subscribe here to a topic.
♦ Download the UN News app for your iOS or Android devices.
Latin America|caribbean|economy