UNICEF/Patrick Brown
A boy carries one of the bamboo poles, which were unloaded near the settlement for use in building basic shelters, in Cox's Bazar, Bangladesh, on 8 July 2018.
22 August 2018
Humanitarian Aid

The refugee crisis in Bangladesh sparked by the mass exodus of people from Myanmar almost a year ago risks creating a “lost generation” of Rohingya children who lack the life skills they will need in future, the United Nations Children’s Fund (UNICEF) has warned.

Hundreds of thousands of mainly Muslim Rohingya continue to live in cramped and rudimentary camps in Bangladesh’s Cox’s Bazar, after fleeing a military operation in Myanmar that was subsequently likened to “ethnic cleansing” by the UN’s top human rights official, Zeid Ra’ad al Hussein.

According to UNICEF, the international community needs to do more to prevent some half a million youngsters “falling prey to despair and frustration”.

One key need is better education facilities, which some older children say is almost more important than food, according to Simon Ingram, Senior Communication Advisor for UNICEF.

“Now they are starting to look forward, they’re starting to wonder, ‘What next?’” Mr. Ingram said, citing a child alert issued late Wednesday. “They are starting to think, you know, what sort of future that they really have, and this is where a new level of anxiety and fear starts to come in.”

Although huge advances have been made in the living conditions of those forced to flee Myanmar, including in disease outbreak prevention, improved water provision and stronger shelters, UNICEF warns that children in Cox’s Bazar face a bleak future. 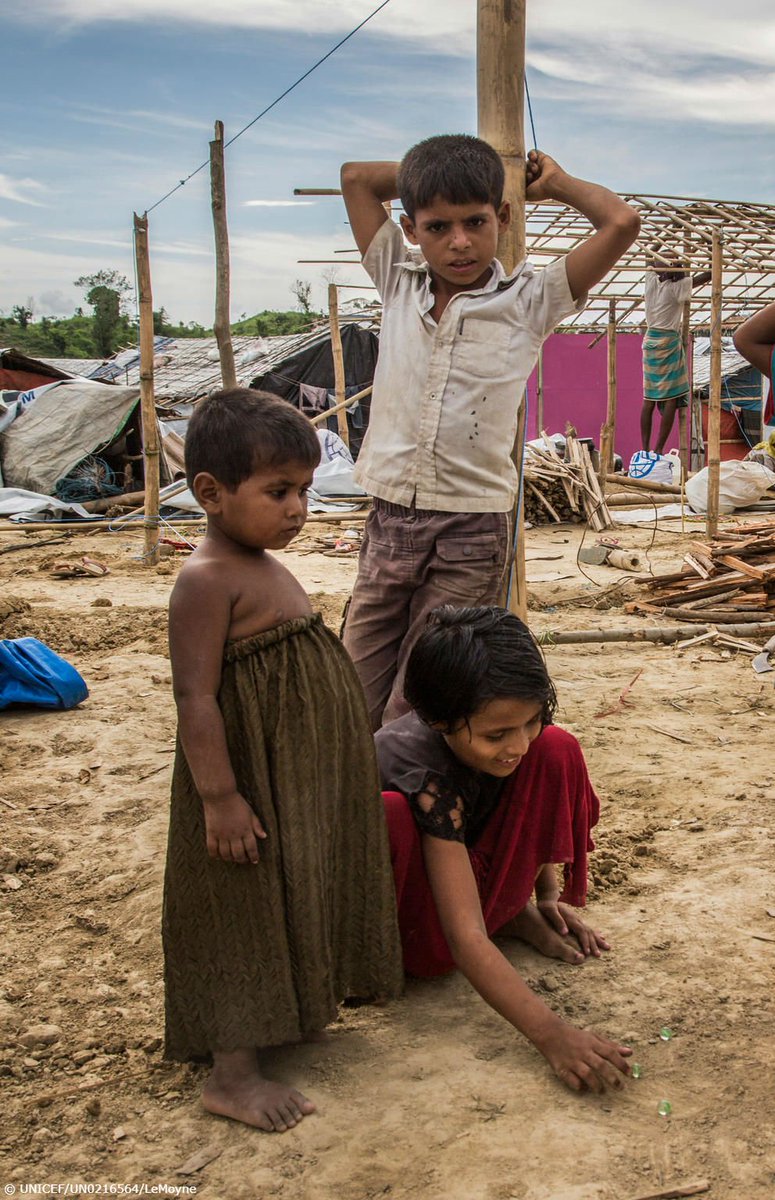 “If we don’t make the investment in education now, we face the very real danger of seeing a lost generation of Rohingya children,” UNICEF Bangladesh Representative Edouard Beigbeder said in a statement.

“Children who lack the skills they need to deal with their current situation, and who will be incapable of contributing to their society whenever they are able to return to Myanmar.”

Inside Cox’s Bazar, some 1,200 education centres were operational by July this year for around 140,000 children – a significant achievement, given the level of demand.

But there is no agreed curriculum and few learning opportunities for all those above 14 years old, problems that UNICEF is intent on resolving, by providing a higher quality education that focuses on literacy, language and numeracy, as well as “essential life-skills”.

“It’s about an insurance against a loss of a generation of children to hopelessness and despair -something that we really must avoid at all costs,” Mr. Ingram said.

“We really want to see everybody accepts that this is not a crisis that is going to go away anytime soon and that we have to plan in a more sustainable way for the future, whether that be in terms of providing water and sanitation or health care, or in need of education.”

According to the UN agency report, girls and teenagers are especially at risk of being excluded when it comes to educational opportunities in Cox’s Bazar.

It also calls on the Government of Myanmar to ensure that in Rakhine state – where more than half a million Rohingya remain ­ children from all communities have equal access to quality education.

But verifying this is challenging, given that UNICEF’s access to the state is only partial, according to Mr. Ingram, who noted that Rohingya displaced by intercommunal violence in 2012 continue to live without hope in camps located in central Rakhine.

Under an official deal signed by the UN and the Governments of Myanmar and Bangladesh in June, it was agreed that efforts would be made to create appropriate conditions for the voluntary, safe and dignified return of Rohingya refugees to their former communities.

To date, no such returns have happened, Mr. Ingram told journalists at a press briefing in Geneva.

“I think everybody would hope that the returns of the Rohingnya people to Myanmar would happen sooner rather than later, as soon as possible indeed,” he said. “But the position of the UN and UNICEF have been absolutely clear, that that can only happen when circumstances are right.” 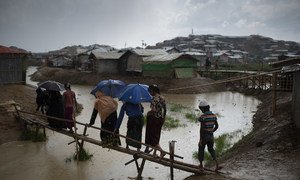