UNICEF/Clarke for UNOCHA
A student stands in the ruins of one of his former classrooms, which was destroyed in June 2015, at the Aal Okab school in Saada, Yemen. Students now attend lessons in UNICEF tents nearby.

UN Secretary-General António Guterres on Thursday condemned an air strike by pro-Yemini Government coalition forces, which killed scores of children who were on board a bus travelling through a busy market area in the northern province of Saada.

While the exact death toll remains to be confirmed, initial news reports indicate that the number of casualties could be well above 60, with dozens severely injured. Most of the children were reported to be aged between 10 and 13.

In his  statement, the UN chief called "on all parties to respect their obligations under international humanitarian law, in particular the fundamental rules of distinction, proportionality and precautions in attack," emphasising that all parties must take "constant care to spare civilians and civilian objects in the conduct of military operations".

The Secretary-General called for an "independent and prompt investigation" into this incident and extended his "deepest condolences" to the families of the victims.

The Head of the UN Children’s Fund (UNICEF) also strongly condemned the incident and urged the warring parties and international community "to do what’s right for children and bring an end to this conflict".

“Attacks on children are absolutely unacceptable,” she said UNICEF Executive Director Henrietta Fore  on Twitter. “I’m horrified by the reported airstrike on innocent children, some with UNICEF backpacks. Enough is enough.”

Attacks on children are absolutely unacceptable.I’m horrified by the reported airstrike on innocent children, some with UNICEF backpacks, on a school bus in #Yemen.Enough is enough.#ChildrenUnderAttack #NotATarget

“How many more children will suffer or die before those who can act, do by putting a stop to this scourge?"  said UNICEF's chief in a statement.

“Attacking children is the lowest any party of this conflict can go,” UNICEF Yemen Resident Representative Meritxell Relaño told UN News. “There is no justification whatsoever to attacking children.”

According to the UN Children’s Fund, since conflict between pro-Government forces and Houthi rebels escalated in 2015, about 2,400 children have been killed and 3,600 maimed in Yemen.

The head of the UN agency there called all warring parties to “respect international humanitarian law,” and spare children, civilians and civilian infrastructure to prevent Yemen from falling “further into the abyss and the humanitarian catastrophe” it has been facing for over three years.

Attacks against civilians have been the scourge of this conflict. According to the UN Office for the Coordination of Humanitarian Affairs (OCHA), “tens of civilians were killed in violence in several governorates” in the past 10 days alone. On 3 August, during a particularly deadly attack, one of the last functioning hospitals, Al Thawra in Al Hudaydah, was struck, reportedly causing the death of dozens of vulnerable, sick and injured civilians.

I am watching with horror the images and videos coming from Saada in #Yemen and I have no words. How was this a military target?Why are children being killed?Is anyone listening out there?

“It’s hard to believe we live in a world where children should live in fear of such attacks, yet here we are. This doesn’t have to be their reality though. Parties to the conflict and those who have influence over them, including Security Council members, can and should choose to end this catastrophe for the sake of Yemen’s children,” stressed the UNICEF chief.

“We’ve said this before and we are saying it again - parties to the conflict are obliged to do everything possible to protect civilians and civilian infrastructure. This is not a voluntary commitment - it is mandatory on all belligerents,” said Lise Grande, UN Humanitarian Coordinator in Yemen, in the latest OCHA report on the situation there. “So many people have died in Yemen - this conflict has to stop.” 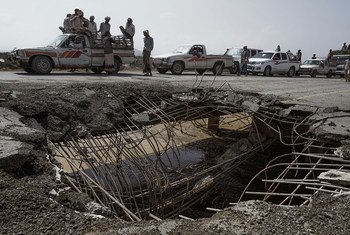 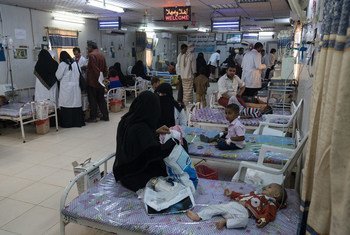