To address the urgent needs of more than a million displaced by inter-communal violence in southwestern Ethiopia over the past four months, UN humanitarian agencies and their partners are ramping up their efforts, providing among other things shelter, household items, water and sanitation, and food to the most vulnerable.

“Those who fled described witnessing extreme violence during village raids, including indiscriminate killings, rape, livestock slaughter and houses being burnt to the ground,” said the spokesperson for the UN Refugee Agency (UNHCR), Andrej Mahecic, during a press briefing in Geneva on Friday. “Most report fleeing with nothing but their lives”.

Since late April, inter-communal clashes have flared up in the border zones of Gedeo, in the Oromia Region, and West Guji in the Southern Nations, Nationalities and Peoples’ (SNNPR) Region. The recent violence came on the heels of more than a year-long crippling drought and tensions over dwindling resources.

In June, humanitarian organisations and the Government of Ethiopia issued a joint appeal for this crisis for $118 million, to cover the most critical needs of some 820,000 people, and ensure the protection of those displaced.

According to the UN Office for the Coordination of Humanitarian Affairs (OCHA), to date, the response in Gedeo and West Guji has enabled the provision of safe drinking water and latrines, food, treatment for severe acute malnutrition, emergency shelter and basic health care. The assistance, says OCHA, is currently being scaled up mostly thanks to “diverted resources from life-saving responses to drought, flood and conflict-displacements” elsewhere in the country.  Funding has also been provided by the UN’s Central Emergency Response Fund (CERF).

However, according to UNHCR’s Spokesperson, the situation on the ground remains extremely dire. “Many sleep on the cold ground in public facilities, keeping warm with only the little clothing they have on them. Others live in makeshift shelters that cannot keep out the heavy rains of the season, leaving them at risk of serious health problems such as pneumonia,” explained Mr. Mahecic, who added that “families have been separated and the overcrowded conditions are leading to serious protection risks,” especially for women and children.

On 28 July, traditional leaders from both sides of the conflict convened a peace and reconciliation conference to address the Gedeo-Guji conflict. The event – attended by officials from the Federal government of Ethiopia, the Oromia and SNNP regions, religious leaders and elders – enabled “a consensus to end the ongoing inter-communal violence and return displaced people to their places of origin by 8 August”, said OCHA.

♦ Receive daily updates directly in your inbox - Subscribe here to a topic.
♦ Download the UN News app for your iOS or Android devices.
Ethiopia|UNHCR|UNOCHA 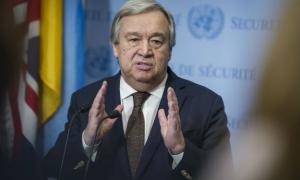 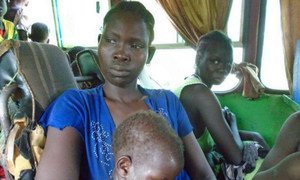