UN News/Dan Dickinson
Fisherwomen like Falmata Mboh Ali (right) hard at work on Lake Chad, which has shrunk to a tenth of its original size over the past decades leaving dwindling stocks of fish (file photo).

It’s eight o’clock in the morning and fifty-year-old Falmata Mboh Ali paddles her small dugout canoe to the shores of a tributary of Lake Chad in Bol, a small town 100 miles north of the capital of Chad, N’Djamena.

In her nets she has perhaps fifty fish, a good enough catch, given she started fishing just five hours earlier. But, it is not sufficient to feed her eleven children.

“I can sell this fish and use that money to buy grain to feed my family,” she said, “but the grain doesn’t go far. I have been fishing for twenty years and it is becoming more difficult to catch fish.”

However, the once huge lake which covered 250,000 km2 has now shrunk to one tenth of its original size, largely due to unsustainable water management and the corrosive effects of climate change.

With fish now more scarce, and fishermen needing to travel further to find them, the United Nations Development Programme (UNDP) has stepped in to offer support.

“We have been helped by a project which has supplied new nets, so my catch is increasing,” said Falmata Mboh Ali, “so I am hopeful that my family’s life can improve.”

The precarious situation local people now find themselves in has been compounded by insecurity related to the activities of the Islamist Boko Haram terrorist group, across the whole Lake Chad region.

The insurgency the group has mounted in north-eastern Nigeria and neighbouring countries has displaced more than 2 million people and led to humanitarian crisis. The UN estimates that around four million people don’t have enough to eat.

And if more refugees flee into Chad from the conflict in the Central African Republic, the food and nutrition crisis is likely to worsen.

Perhaps not surprisingly the Lake Chad region is amongst the poorest in the world, where access to food, health services and education is extremely low.

UN News/Dan Dickinson
More women are involved in catching and preparing fish for sale in the Lake Chad Basin region of central Africa.

The African Union Special Envoy for Women, Peace and Security, Bineta Diop who was part of the mission said: “The challenges are great but we can act. Gender roles are changing, women now go out to fish, when before it was men, so they are playing a bigger role in society.”

The steps being taken by fisherwomen are small but significant, according to the UN Deputy Secretary-General, Amina Mohammed, who is leading the delegation to Chad.

“Women’s economic empowerment is a critical tool for their access to leadership and decision-making positions,” she said. “I encourage the women to take part in all political, peace, security and development processes that will sustain their communities.”

The UN and the wider international community is supporting efforts by countries in the Lake Chad Basin to regenerate the region.

Ultimately, it’s hoped that Lake Chad itself could be given new life with rising water levels, allowing fisherfolk to carry out their traditional activities of years gone by, while providing them with a more secure and stable economic and political future. 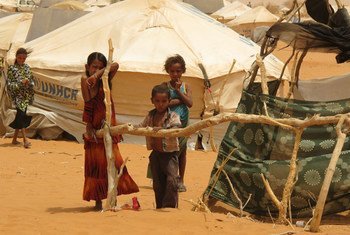