UNHCR/Ivor Prickett
A family climbs out of their destroyed home to flee minutes after an ISIS suicide car bomber detonated his vehicle on the street outside their home in the Al Andalus neighbourhood of Mosul, Iraq.

Heads of counter-terrorism agencies from across the world will be meeting at UN Headquarters in New York next week for the first time, to pool expertise, resources and ideas to fight back against the growing scourge of international terrorism.

In an interview with UN News ahead of the landmark forum, the official who heads up the world body’s Office of Counter-Terrorism - which came into being just a year ago - said that it would give those leading the fight from a local to international level, the chance to “show our unity” and speak with “one professional voice”.

Under-Secretary-General of the Office of Counter-Terrorism, Vladimir Voronkov, said that defeating terror groups such as ISIL, otherwise known as Dae’sh, which has been mostly driven out of Iraq in the past year, must involve “the family level – the level of local communities, the level of State, and the level of international cooperation. Only this kind of approach can be comprehensive.”

The High-Level Conference on Counter-Terrorism, takes placed next Thursday and Friday, and will focus on strengthening cooperation “to combat the evolving threat of terrorism.”

Civil society representatives and experts in the field will be joining “the majority of heads of agencies from all around the world” said Mr. Voronkov; which was vital to ensure a united front on how best to move forward, and build resilience.

... the building up of this resilient society, the resilient State; this is the main task for counter-terrorism activities - Vladimir Voronkov, UN Office of Counter-Terrorism

“It’s important to have capacity-building projects,” said the UN counter-terrorism chief, adding that it would be a major help to countries which need help to expel terrorist groups, and shut down terror cells, “to build this resilient environment.”

“So I think after the defeat of ISIL, the building up of this resilient society, the resilient State; this is the main task for counter-terrorism activities,” he said.

Asked about the importance of taking the fight to terrorists in cyberspace, and to view online recruitment and propaganda, as the new frontline, the Under-Secretary-General said that cooperation with the private sector – and especially global internet-based companies such as Facebook and Google - was essential.

They are doing a “very important job in this regard” he said, adding that expanding the number of countries which are actively involved in championing specific areas of the counter-terror effort, was also important.

Next week, different Member States are organizing sessions on countering terrorism financing; preventing violent extremism and incitement; standing up for the rights of those who have survived terror attacks; and combating terrorists’ use of the internet, among other meetings on the margins.

In his interview with UN News, Mr. Voronkov also highlighted the importance of reaching young people who are vulnerable to the lure of extremism, saying that young people in areas of high militant activity such as northern Mali, need to be reached on the grassroots level, to counter terrorist propaganda.

“I think it’s very important from this human rights angle, and from the angle which could show that these human beings are not in a very easy situation, because their lives were put in danger” by terrorists and recruiters from militant armed groups, he said.

Terrorists become increasingly ‘innovative’, in a world shaken by COVID-19 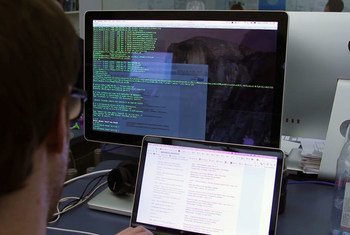 In an increasingly interconnected world, the glorification of terrorism online impacts everyone, the chair of a United Nations counter-terrorism body said on Tuesday, calling for a renewed effort to combat hateful propaganda and promote community solidarity. 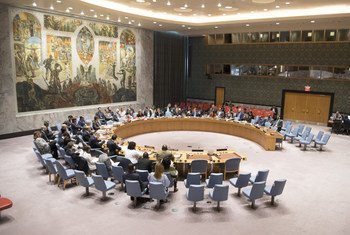