UNDP South Sudan/Brian Sokol
A child receiving Tuberculosis medicine in South Sudan under a programme supported by the Global Fund to Fight AIDS, Tuberculosis and Malaria and UNDP.
4 June 2018
Health

Winning the fight against Tuberculosis requires that “social drivers” of the disease – especially poverty and inequality – are tackled head on, the United Nations Secretary-General said today, urging greater efforts to provide universal health coverage and combat the growing threat of anti-microbial resistance.

“Let us use these meetings as an opportunity to inform a new way of thinking and working; lifting TB beyond its traditional silo,” he added.

Despite being curable and treatable, TB kills more than 1.6 million people every year and only about half the cases are diagnosed properly. The disease also takes an enormous financial toll on economies: it is estimated that TB will cost about $1 trillion by 2030.

In addition, rising anti-microbial resistance is leading to growing cases of ‘multi-drug-resistant Tuberculosis (MDR-TB)’ where the two most powerful drugs used to fight TB, isoniazid and rifampicin, are rendered ineffective.

UN Photo/Cia Pak
Secretary-General António Guterres (centre) speaks at the meeting with civil society. To his left is the President of the General Assembly, Miroslav Lajčák.

Also speaking today, Miroslav Lajčák, the President of the General Assembly, who convened the meeting, stressed that knowledge of the disease and factors that complicate treatment have grown, but the world “cannot stop at just knowing.”

“We know we need more research and development for new drugs and treatments; we need more funding; we need universal access to diagnosis and coverage; and we need partnerships and accountability of all stakeholders,” he said.

The civil society dialogue is part of the preparatory process for a high-level meeting, to be held in September, on tuberculosis. It comes a day before UN Member States start negotiations on the outcome document for the high-level meeting.

“Today’s hearing is the first opportunity for the General Assembly to hear the views of all stakeholders. We are here to listen to you; to hear of best practices; to exchange experiences and lessons-learned; to contribute to a joint vision of how to End Tuberculosis by 2030,” added the Assembly President. 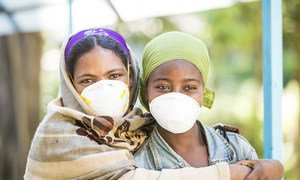