UN Photo/Cia Pak
Bintou Keita, Assistant Secretary-General for Peacekeeping Operations (left), briefs the Security Council on the Joint Force of the Group of Five for the Sahel.
23 May 2018
Peace and Security

“Let us not forget those who suffer the most, the local population - civilians - who continue to be intimidated and harassed and live in fear for their lives on a daily basis; who cannot send their children to school or have their most basic needs met, including access to food and nutrition,” he said.

Ms. Keita added that since the authorization of the Joint Force by the African Union last April, and the renewal of its mandate last month, “notable progress” has been made, including the deployment of troops on the ground, and setting up of command posts and sector headquarters.

“Nonetheless, a lot of work remains ahead of us. The operationalization of the Joint Force has incurred delays and has yet to attain full operational capability,” she said, calling on G5 Sahel member States to deploy remaining troops as soon as possible.

She also underlined the importance of addressing recent reports of human rights violations by security forces in the region and called on the countries to establish a human rights and international humanitarian law compliance framework that could be rapidly put into operation.

In her remarks, while Ms. Keita applauded the international community for their support to the Joint Force, she said that keeping it running would require “perpetual resource generation efforts” and that in the medium to long term, it will be challenging to sustain the funding momentum.

“What is more, the United Nations will continue to depend on others, to be able to implement the support measures it has been mandated to provide to the G5-Sahel Joint Force by Security Council Resolution 2391 (2017),” she said.

In that resolution, the Council requested the Secretary‑General to conclude a technical agreement among the UN, the European Union and G5 Sahel States – Burkina Faso, Chad, Mali, Mauritania and Niger – with a view to providing operational and logistical support through the UN Multidimensional Integrated Stabilization Mission in Mali (MINUSMA) to the joint force conducting cross‑border counter‑terrorist operations across the region. 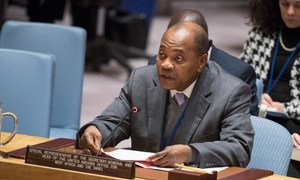 The security situation in West Africa and the Sahel remains of grave concern, the United Nations envoy for the region said Thursday, warning that while there had been progress on the political front over the past year, there had also been a worrying upsurge in Boko Haram attacks. 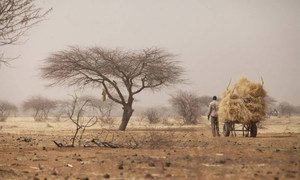