Poland’s new law designed to address safety concerns during the United Nations climate change conference to be held there later this year could infringe on the privacy of environmentalists and curtail their rights to protest peacefully, UN human rights experts said Monday.

The UN Framework Convention on Climate Change (COP24) will take place in the southern Polish city of Katowice from 26 November to 16 December.

“For the COP24 to be a true success, the Polish Government must do its utmost to prepare and hold the meeting in a manner that facilitates the climate change negotiations and also ensures meaningful civic space that is free from undue surveillance and restriction,” said a group of independent UN experts in a news release issued by the organization's human rights office (OHCHR).

“All eyes are on the Polish Government to see how, as the host and the president of COP24, it will honour its human rights obligations and uphold its responsibility to ensure free and unfettered access for broader participation,” the experts said.

Specifically, Article 17 of a new safety and security law appears to give sweeping surveillance powers to the police and secret services to collect and process personal data about all COP24 participants, and Article 22 appears to prevent spontaneous peaceful assemblies from taking place during the conference.

The UN experts encouraged the Government to clarify how the law might would be put into effect. 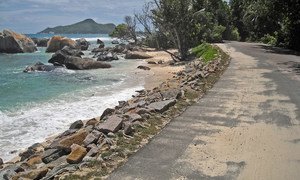 The latest round of United Nations climate change negotiations began on Monday in Bonn, Germany, to further develop the “operating manual” for implementing the landmark 2015 Paris Agreement, which aims to keep temperature rises this century, well below 2 degrees Celsius.