ICRC/Khalid al-Saeed
Much of Taiz, Yemen, has been destroyed by two years of fierce fighting.
22 April 2018
Peace and Security

The United Nations Secretary-General has condemned Sunday’s killing of a senior staff member working for the International Committee of the Red Cross (ICRC) in Yemen, who was attacked while travelling in a vehicle on the outskirts of Taiz.

In a statement, the ICRC identified the victim as Lebanese national, Hanna Lahoud, who was in charge of the organization’s detention programme in Yemen.

“Mr. Lahoud was rushed to hospital where he died as a result of his injuries. The colleagues he was travelling with were unharmed in the incident,” said ICRC.

The UN chief, António Guterres, said in a statement released through his Spokesperson, that those responsible for the attack must be “apprehended and prosecuted”.

“The Secretary-General expresses his deepest condolences to the family, friends and colleagues of the aid worker killed and expresses his solidarity with the President and staff of the ICRC,” added the statement.

Mr. Guterres also emphasized the need for all parties to Yemen’s bloody conflict – which has left 22 million in need of aid – to protect humanitarians providing lifesaving assistance.

ICRC’s Middle East Director, Robert Mardini, said: “We are all in shock. Hanna was a young man, full of life and was widely known and liked. Noting can justify Hanna’s murder and we are in deep mourning for our friend and colleague.”

Mr. Lahoud had worked for the ICRC - an independent global humanitarian organization that offers protection and support to all victims of violence – since 2010, in different field positions and at its headquarters in Geneva. 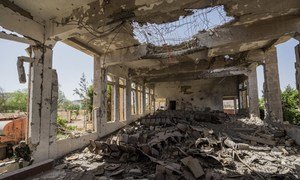 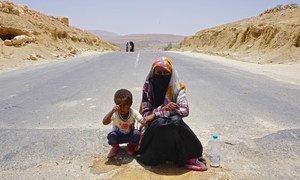