“Most migration today is linked, directly or indirectly, to the search for decent work opportunities,” said UN International Labour Organization (ILO) Director-General Guy Ryder in his message for World Day of Social Justice, which is annually observed on 20 February.

“But many migrant workers end up trapped in jobs with low pay and unsafe and unhealthy working conditions, often in the informal economy, without respect for their labour and other human rights. They often have to pay high recruitment fees to get a job, on average over a year’s wages – this makes them highly vulnerable to forced labour and child labour,” he added.

Marked this year with the theme ‘Workers on the Move: the Quest for Social Justice,’ the Day focuses on the world’s 150 million migrant workers, many of whom face exploitation, discrimination and violence and lack even the most basic protections.

“This is particularly true for women, who make up 44 per cent of migrant workers,” he said.

If labour migration is well-governed, fair and effective, it can deliver benefits and opportunities for migrant workers, their families and their host communities.

Governance should be guided by international labour standards, in particular the fundamental principles and rights at work and the relevant ILO and UN conventions. The ILO’s Multilateral Framework on Labour Migration and the General Principles and Operational Guidelines for Fair Recruitment offer further guidance.

The ILO is encouraging the adoption of fair labour migration governance frameworks at all levels – global, regional and national, including a comprehensive, integrated and “whole of government” approach that engages labour ministries together with business, and employers’ and workers’ organizations – those on the frontlines of labour markets.

“We can choose to make labour migration a win-win situation for migrants and host communities,” he said, noting that how the international community develops and helps Member States implement a global compact on migration – to be adopted later this year – will be instrumental in determining the future course of labour migration.

In 2007, the UN General Assembly proclaimed 20 February as World Day of Social Justice, inviting Member States to promote national activities in accordance with the objectives and goals of the World Summit for Social Development and the twenty-fourth special session of the General Assembly. 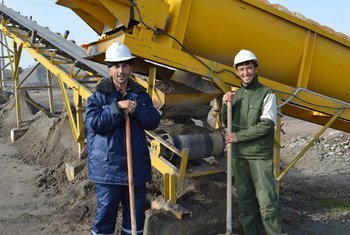 The United Nations International Labour Organization’s 10th European Regional Meeting concluded today with a call for a future of work where partnerships play a key role in promoting dialogue, social progress and economic growth in the region.