In Afghanistan, Security Council reiterates support for efforts to restore peace and progress

The United Nations Security Council, during a weekend mission to Afghanistan, reiterated its support for the Central Asian country’s efforts to restore peace, stability and progress.

Council members aimed to get a first-hand account of progress made by the Afghan National Unity Government, with the assistance of the international community, in addressing a wide range of interconnected challenges and to learn how the Security Council could further assist efforts on the ground.

According to the UN Department of Political Affairs (DPA), despite assurances of continued international assistance for its security and development needs, Afghanistan remains a country undergoing conflict, which threatens the sustainability of its achievements.

DPA says peace negotiations between the Afghan Government and armed opposition groups are the only alternative for ending the conflict and the region and the broader international community have a stake and a role to play to help to create the conditions for peace.

The Council’s visit, from 13 to 15 January, was the first one since 2010 and came ahead of the Kabul Process meeting, scheduled for February 2018, where the Government is expected to present its plans for a more structured peace and security process, coordinated with the wider region.

The delegation also met with the leadership of the UN Assistance Mission in Afghanistan (UNAMA) and the Resolute Support Mission of the North Atlantic Treaty Organization (NATO).

According to a note issued by UNAMA, discussions during the visit focused on the political, security, socio-economic and human rights situation in the country, with all parties underlining the importance of an inclusive Afghan-led and -owned peace process for long-term stability and prosperity in Afghanistan.

They expressed concerns about the security environment in Afghanistan, including the presence of Al-Qaeda, Taliban and ISIL-Khorasan Province-affiliated fighters, as well as about the nexus of terrorism and organized crime. All parties reiterated the need for greater international and regional security cooperation.

The delegation was briefed on the preparations for the upcoming parliamentary and district council elections in 2018. Council members underscored the importance of continued progress on electoral reforms and towards the holding of free and fair, as well as timely, credible and inclusive parliamentary and presidential elections in 2018 and 2019, respectively. They reiterated the need to increase women’s participation in the election.

Need for regional and integrated security and development approach

Council members emphasized the need to adopt a regional and integrated security and development approach, which Kazakhstan is proposing as the path to sustainable development, durable peace and stability in the region. 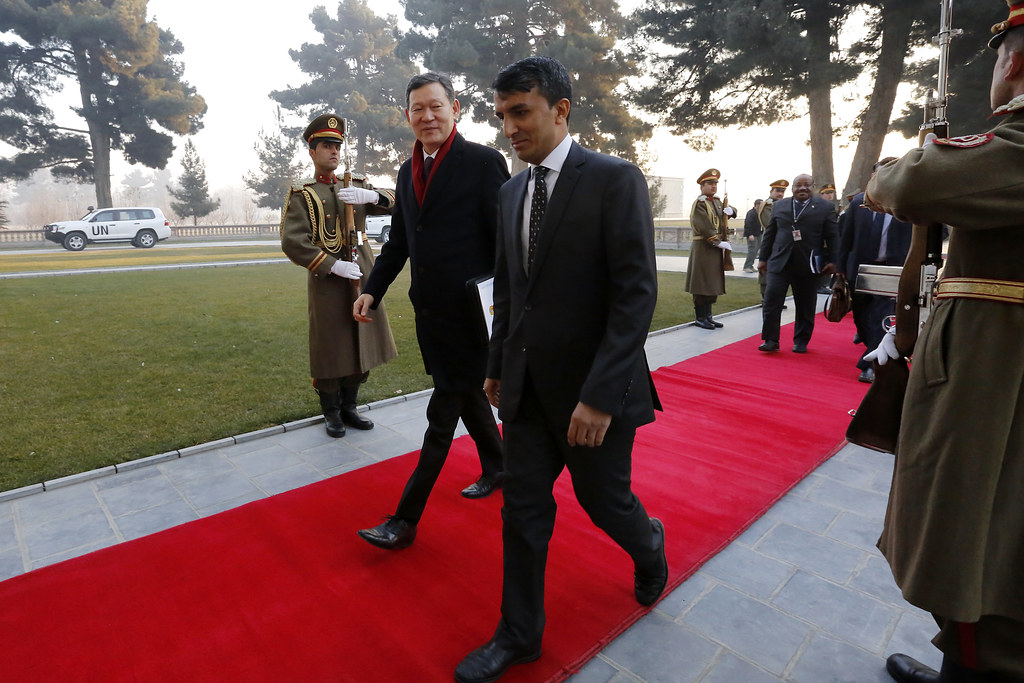 Discussions in Kabul stressed the need to view Afghanistan not as a threat to security in the region but as an important partner. It is critical to integrate the economies of Afghanistan and neighbouring countries, including Central Asian States, through enhanced interaction and connectivity, by implementing regional infrastructure, trade, investment, transit and transportation projects.

Afghan authorities expressed hope for the rapid implementation of those projects.

Amid continuing violence in Afghanistan, the United Nations and the humanitarian community has appealed for $430 million to provide assistance to some 2.8 million people across the country who have been affected by conflict and natural disasters as well as families returning home after years in Iran and Pakistan.