The Security Council today renewed the authorization for United Nations relief agencies and their partners to use routes across conflict lines and border crossings to deliver lifesaving assistance to millions in north-west and southern Syria through Turkey and Jordan.

In a resolution adopted by a recorded vote of 12 in favour and three abstentions (Bolivia, China and Russia), the 15-member Council called on Syrian authorities “to expeditiously respond to all requests for cross-line deliveries submitted by the UN and its implementing partners and to give such requests positive consideration.”

Also in the resolution, the Council underscored the need for a political solution to the conflict in Syria and urged all concerned stakeholders to facilitate a Syrian-led and Syrian-owned political transition to end the conflict.

“The Syrian people will decide the future of Syria,” stressed the Council.

The use of cross-line routes was first authorized by the Council in July 2014 through a resolution that also tasked the UN with monitoring the loading of the aid consignments as well as their openings, such as by customs officials, to confirm the humanitarian nature of these relief consignments.

The renewal today authorizes the cross-border aid deliveries as well as the monitoring of consignments until 10 January 2019.

Also today, Mark Lowcock, the UN Emergency Relief Coordinator told the Council that the situation for close to 400,000 Syrians trapped in in eastern Ghouta, an area designated as a “de-escalation zone,” remains unbearable with intensive air and ground-based strikes reported daily – except for a two-day pause – since mid-November.

The situation is particularly dire for more than 500 individuals in need of urgent medical evacuation, of whom over 420 are women, children and the elderly. 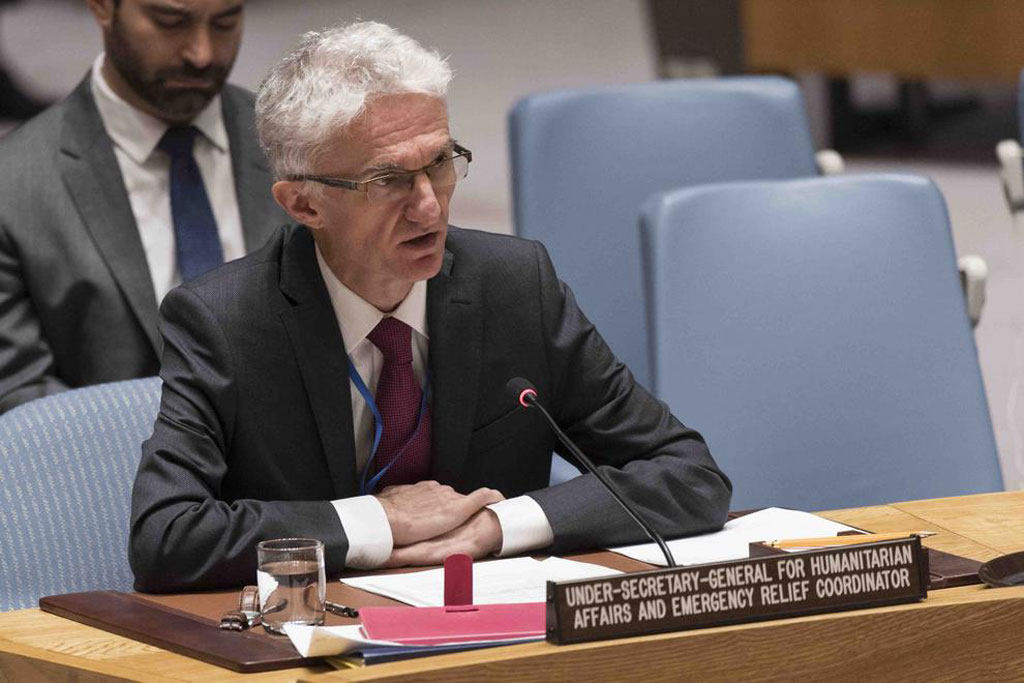 Mark Lowcock, Under-Secretary-General for Humanitarian Affairs and Emergency Relief Coordinator, briefs the Security Council meeting on the situation in the Middle East 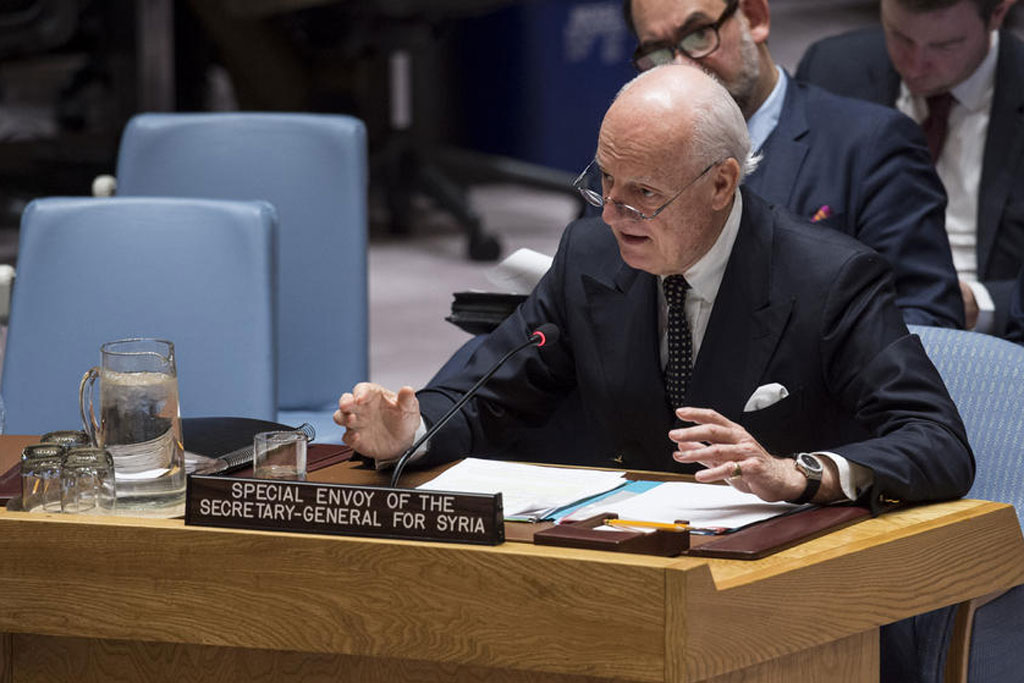 Staffan de Mistura, Special Envoy for Syria, briefs the Security Council meeting on the situation in the Middle East

“There have already been 16 civilian deaths among those waiting for permission to leave eastern Ghouta for medical reason [...] all that is needed is the green light from the Syrian authorities for these people to go to hospitals just a few miles outside of eastern Ghouta,” said Mr. Lowcock.

In his briefing, the top UN relief official also outlined the continuing challenges humanitarians face in delivering vital assistance to the millions in need across the war-torn country, including in places which have not seen any relief supplies in months.

Also during the same meeting, the UN Special Envoy for Syria told Council members the latest round of intra-Syrian talks between the Government and opposition, which wrapped up last week in Geneva, failed to achieve any real progress.

“The opportunity to begin a real discussion or negation was not seized,” said Staffan De Mistura.

Speaking to the press last Thursday, Mr. De Mistura had expressed disappointment at the Syrian Government’s lack of engagement on any issue other than counter-terrorism, before adding that he intended to call a new round of talks in January. 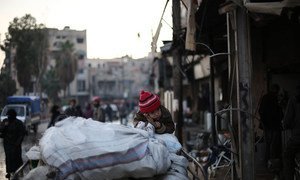 Five of the more than 130 children who require immediate medical evacuation have died as they could not access treatment they needed due to the continuing violence across Syria's eastern Ghouta, the United Nations Children's Fund (UNICEF) has reported, adding that most schools are closed there.