The United Nations can help Myanmar to defuse inter-communal tensions and create an environment for safe and dignified repatriation of Rohingya refugees, the Organization’s top political official said Tuesday, stressing that the country could also tap the UN’s capacities and experience in tackling other challenges, including democratic consolidation.

“We hope Myanmar will draw upon the wealth of expertise the UN can offer,” Under-Secretary-General for Political Affairs Jeffrey Feltman told the Security Council in his briefing on developments in Myanmar.

The estimated number of refugees who entered Bangladesh from Myanmar since 25 August now exceeds 626,000.

He said that the UN is grateful for the continued generosity of the Government and people of Bangladesh, and called on the international community to continue to support these efforts.

“But the origins and solutions to the Rohingya crisis rest in Myanmar. Repatriation and reconciliation policies will fail without accountability and non-discriminatory rule of law and public safety measures to address the fears and distrust among communities in Rakhine,” he emphasized.

To that end, one of the major developments Mr. Feltman highlighted was a bilateral agreement on the issue of returns reached on 23 November between the two countries – a pact that recognizes the need for a comprehensive and durable solution through the safe, dignified, and voluntary return in accordance with international law.

Mr. Feltman said returns must be supported by reconciliation efforts, and central to this is the implementation of the Rakhine Advisory Commission recommendations. 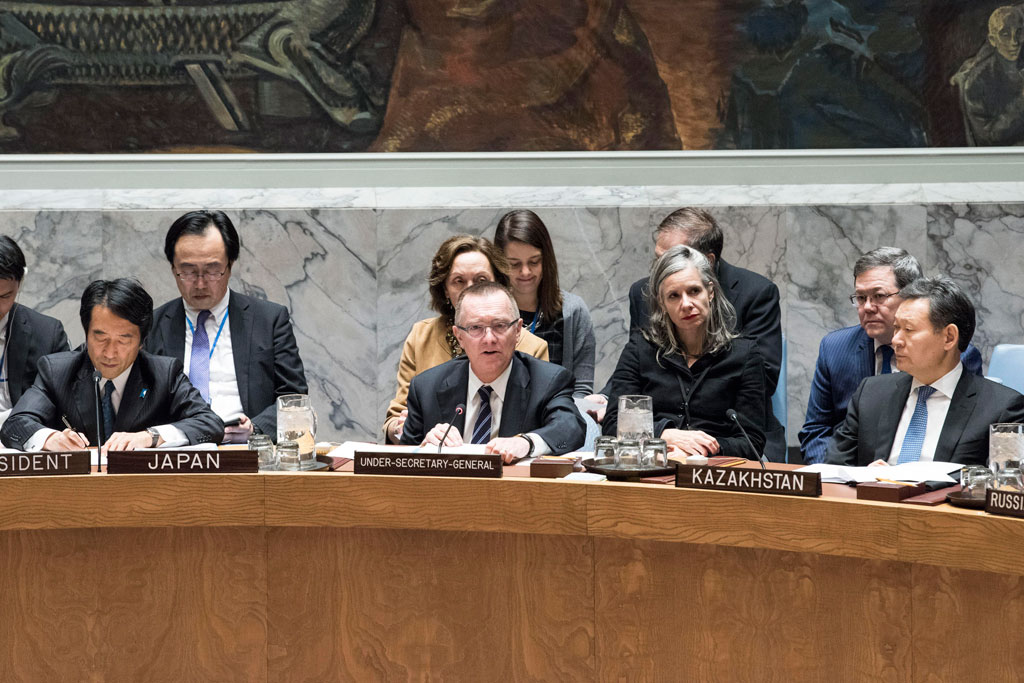 Mr. Feltman said that during his October visit, he explored with the authorities potential UN support in key areas.

“We urge all Myanmar leaders, including in the military, to condemn incitement to racial hatred and violence. We encourage them to adopt measures to defuse tensions between communities and create an environment for safe and dignified repatriation, including through interfaith initiatives,” he said.

Mr. Feltman noted that the 2020 national elections will stand as an important test in the consolidation of the nation’s democratic institutions.

He noted that the General Assembly is expected to approve a resolution that requests the Secretary-General to appoint a Special Envoy for Myanmar. This initiative can strengthen the partnership between the UN and Myanmar, in close consultations with interested Member States in the region and beyond.

“We believe we have much to offer in working with Myanmar on a number of challenges the country faces, in full respect of Myanmar’s sovereignty,” he concluded. 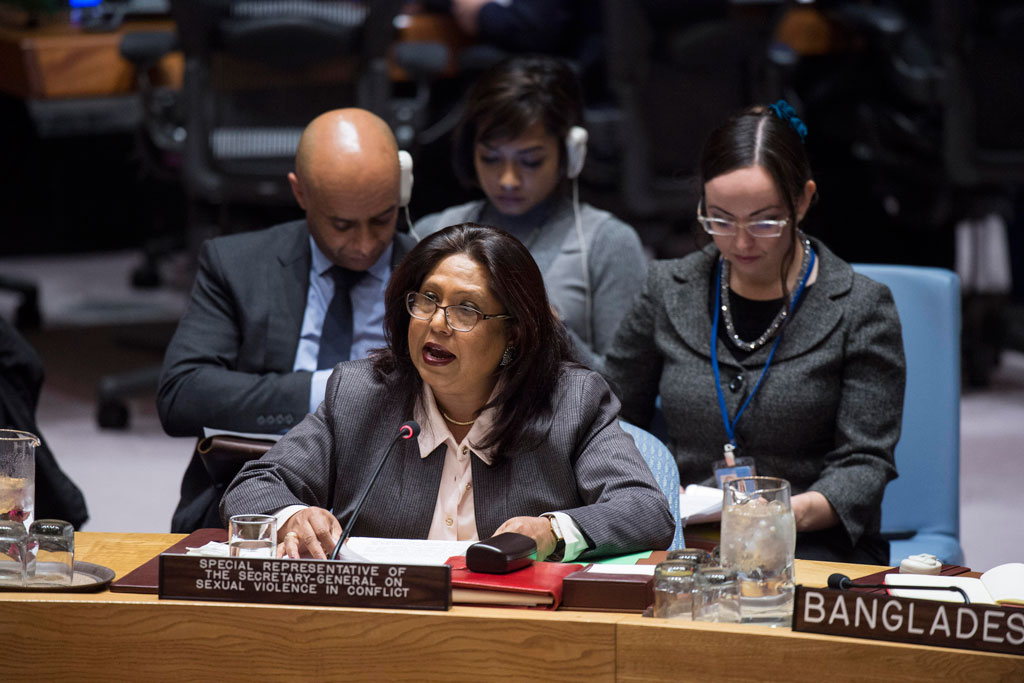 Pramila Patten, Special Representative of the Secretary-General on Sexual Violence in Conflict, addresses the Security Council meeting on the situation in Myanmar. UN Photo/Kim Haughton

Today’s meeting is a follow-up to the Council’s presidential statement on the situation in Myanmar adopted on 6 November, which requested the Secretary-General to brief on developments 30 days after its adoption.

Also briefing the Council was Pramila Patten, the Secretary-General’s Special Representative on Sexual Violence in Conflict, who visited Bangladesh from 5 to 13 November.

Describing “the most heartbreaking and horrific” accounts of sexual atrocities against girls and women in Myanmar’s Rakhine state, she said that every woman or girl she had spoken with during her visit to Rohingya encampments in Bangladesh had either endured brutal assault or had witnessed sexual violence, including seeing women literally being raped to death.

Such shocking accounts indicate a pattern of grave violations of international humanitarian and human rights law. Sexual violence was being used as a “push factor” for forced displacement on a massive scale, with some survivors being told to leave because they were not citizens of Myanmar.

It was crucial that safe return of the Rohingya people be accompanied by basic security and guaranteed rights, stated Ms. Patten, emphasizing that otherwise, the cycle of violence, impunity and forced displacement risked being repeated if the underlying conditions did not change.