With the conflict in South Sudan entering its fifth year, senior United Nations officials on Thursday expressed concern about the precarious security situation and bleak humanitarian conditions in the world’s youngest country.

“The people of South Sudan have simply suffered far too much for far too long and we must not take their resilience against incredible odds for granted,” Jean-Pierre Lacroix, the Under-Secretary-General for Peacekeeping Operations, told the Security Council today, about a week before the current mandate of UN peacekeeping force in the country expires.

Focusing his remarks on developments over the past year, Mr. Lacroix said the UN’s sustained efforts to effect change on the ground will require the continued support of the 15-member Council.

“Now, more than ever, I urge this Council to remain vigilant and exert more effort to condemn and stop the violence, protect civilians, and urgently facilitate a political settlement of the conflict,” he said.

The UN Mission, known as UNMISS, he said, has endeavored to be more robust, nimble and proactive in its approach to mandate delivery. Its peacekeepers have helped protect humanitarian facilities, facilitated aid delivery in areas plagued by insecurity, and on many occasions contributed to the evacuation of humanitarian personnel caught in active hostilities.

To further deter violence and human rights abuses, they have intervened to protect civilians from abduction, recruitment, sexual violence and harassment.

Shortly, UNMISS will establish a permanent presence in Yei and has already reinforced its presence in Yambio and Torit. The Mission is also working with partners to stem the increasing number of local-level conflicts through reconciliation and peaceful coexistence activities.

“This young nation struggles to define a path towards inclusive governance,” said the peacekeeping chief.

As the dry season sets in, there is a possibility that the military conflict will escalate, as well as intercommunal fighting. The economic crisis also continues to have serious repercussions for the security environment. Civilians will suffer the consequences of any escalation of violence.

“We cannot continue to stand by and watch,” he said.

Prompted by the rapidly deteriorating situation in the country, regional partners stepped up their efforts to revitalize the peace process. In particular, he welcomed and expressed full support for the Intergovernmental Authority on Development (IGAD)-led High-level Revitalization Forum (HLRF), which aims to secure a cessation of hostilities, implementation of the 2015 Peace Agreement, and the development of a revised and realistic timeline for its implementation.

He also welcomed the efforts of the African Union, and its Peace and Security Council’s expression of intent to consider punitive measures against those who aim to spoil the peace process. 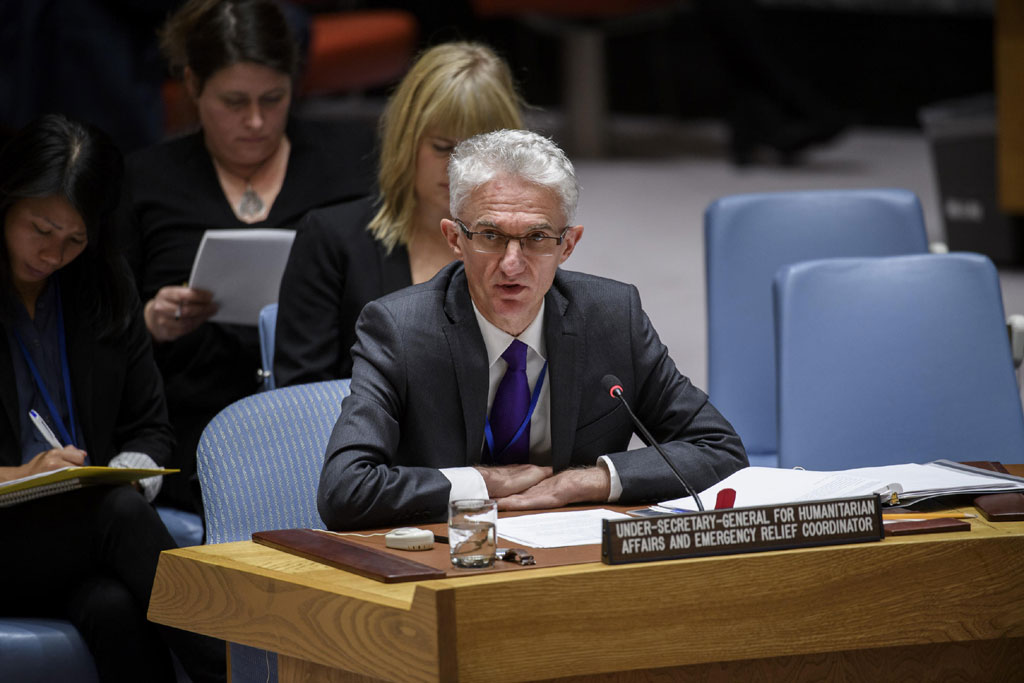 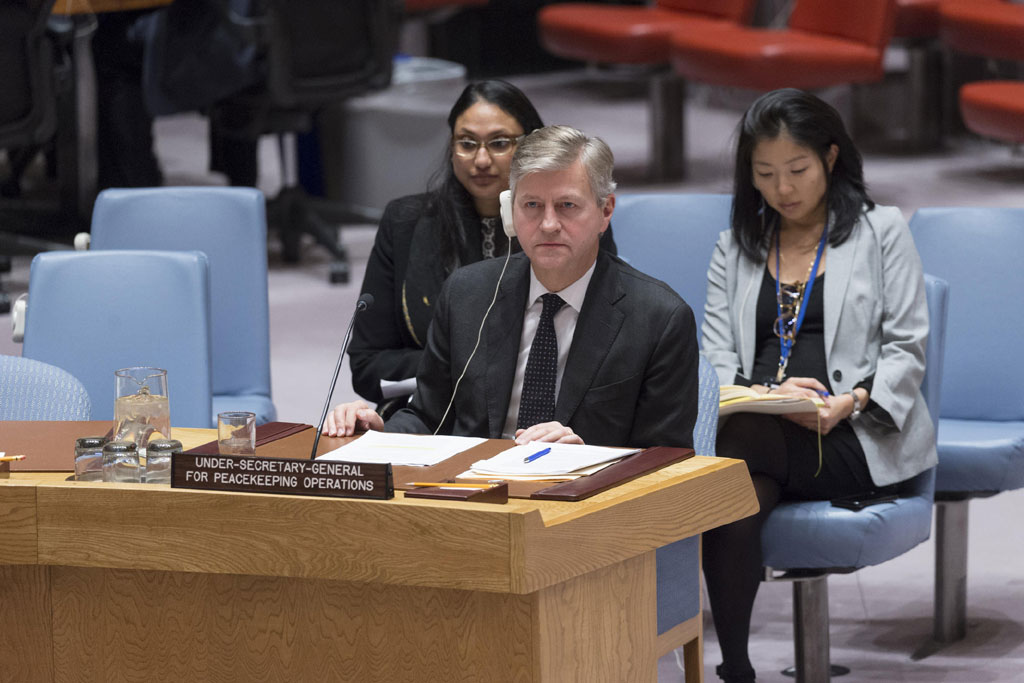 Even though more than two million people have fled South Sudan as refugees over the past four years of conflict, seven million people inside the country – that is almost two-thirds of the remaining population – still need humanitarian assistance, he said, adding that as the end of 2017 approaches, 1.25 million people are just one step away from famine, almost doubling from a year earlier.

In early 2018, half of the population will be reliant on emergency food aid. The next lean season beginning in March is likely again to see famine conditions in several locations across the country, he said.

Only one in 10 people currently has access to basic sanitation which helps prevent deadly diseases. Only half of the country’s schools are functioning and two million children are currently out of school.

Reported rates of violence against women and girls in South Sudan are double the global average and among the highest in the world.

“The fact remains that until international humanitarian law is complied with, until the fighting ends and until basic services are established, humanitarian needs will remain dire,” Mr. Lowcock stressed.

This year the UN and its humanitarian partners halted famine, but that took enormous resources and involved substantial risk to staff, with some losing their life in the endeavor, he said.

The arrival of the dry season in South Sudan could lead to more fighting that would undermine the political process and cause additional civilian casualties and displacement, a senior United Nations official cautioned the Security Council on Tuesday.