Worldwide filings for patents, trademarks and industrial designs reached record heights in 2016 amid soaring demand in China, which received more patent applications than the combined total of applications received by the United States, Japan, the Republic of Korea and the European Patent Office, the United Nations intellectual property agency said Wednesday.

Innovators around the world filed 3.1 million patent applications in 2016, up 8.3 per cent for a seventh straight yearly increase, according to the World Intellectual Property Office’s annual report.

China accounted for 98 per cent of total growth, receiving about 236,600 of the nearly 240,600 additional patent filings.

“The latest figures charting a rise in demand for intellectual property rights confirm a decade-long trend, where developments in China increasingly leave their mark on the worldwide totals,” said WIPO Director General Francis Gurry. “China is increasingly amongst the leaders in global innovation and branding.”

On a per-capita basis, patent filings in China ranked behind those in Germany, Japan, the Republic of Korea and the US.

Asia’s share of all applications filed worldwide has increased from 49.7 per cent in 2006 to 64.6 per cent in 2016, primarily driven by strong growth in filings in China. Offices located in Asia received just over 2 million applications.

An estimated 7 million trademark applications covering 9.77 million classes were filed worldwide in 2016, 16.4 per cent more applications than in 2015, marking the seventh consecutive year of growth.

“The number of trademarks being sought around the world has increased three-fold since 2001, reflecting the importance of protecting branding assets in today’s business environment,” said Mr. Gurry. 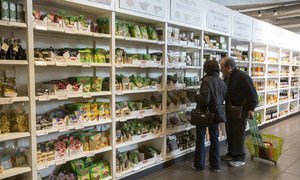 Intangible capital, such as branding, design and technology, is increasingly determining success in the marketplace, as nearly one third of the value of manufactured products comes from such capital, a study conducted by the United Nations intellectual property agency has revealed.