IRIN
The aftermath of a bombing attack in Iraq (file photo).
29 November 2017

Mr. Voronkov, the Under-Secretary-General of the recently-created UN Office of Counter-Terrorism, told the Council that at one time, more than 40,000 combatants from over 110 countries had joined terrorist groups fighting in Syria and Iraq.

“The threat stemming from foreign terrorist fighters affects all Member States, even those far away from the conflict zones,” he said, laying out the scale of the problem in a briefing to the Council.

Noting that while travel measures implemented by countries and military victories against the so-called the Islamic State of Iraq and the Levant (ISIL or Daesh) have “significantly decreased” flows to the region, combatants have since tried to relocate to Libya, Yemen and Afghanistan – fuelling existing conflicts in these countries.

Meanwhile, some 5,600 fighters from 33 nations have returned home, many equipped to carry attacks out on their native soil, or drum up new recruits.

“A tempting response, and certainly the easiest one, would to be throw all returnees into prison […] But full compliance with international law is vital to combat the threat of foreign terrorist fighters,” he stressed. 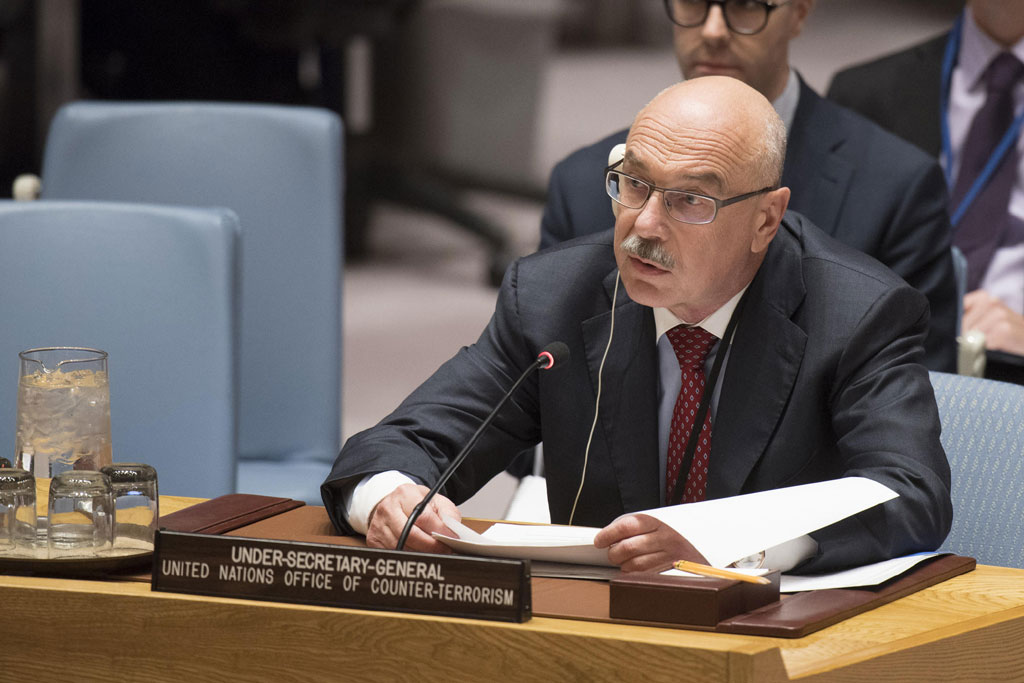 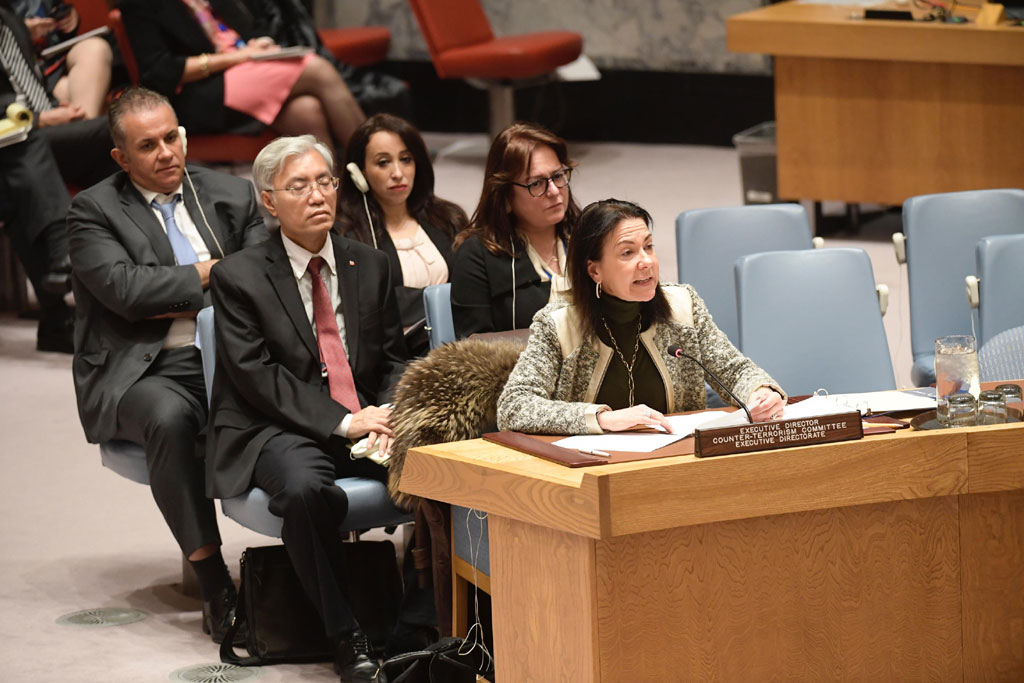 Speaking on behalf of the Counter-Terrorism Committee Executive Directorate (CTED), Executive Director Michÿle Coninsx strongly condemned the recent “heinous and cowardly terrorist attack” in Egypt, and expressed her deepest condolences to the families of all victims of terror attacks.

“All acts of terrorism are criminal and unjustifiable, regardless of their motivation,” she told the Council.

Despite recent successes, Ms. Coninsx acknowledged the significant challenges posed by the global terrorist threat. She noted the accelerated rate with which foreign terrorist fighters are returning to their original or a third State, along with an increase in the percentage of terrorist plots resulting in fatalities.

“Of particular concern is the increasing trend towards attacks carried out by lone terrorists, who are often guided by handlers located in other parts of the world,” she underscored.

“Many recent attacks that appear to have been inspired by ISIL, conducted in its name, or claimed by ISIL, were initially reported as ‘lone actor’ attacks. Subsequent investigations have shown however, that those individuals received support or resources from elsewhere, often via the Internet or social media,” Ms. Coninsx added, pointing out that terrorists are also increasingly using new technologies to transfer funds to those individuals.

new technologies to transfer funds to those individuals.

She cited a number of challenges in combatting foreign terrorist fighters, saying “International cooperation continues to be undermined by practical and political challenges, as well as by inconsistent compliance with human rights obligations.”

The Executive Director espoused the importance of strengthening partnerships between and among Member States, UN agencies and partner organizations, asserting: “It takes networks to beat networks.”

Kairat Umarov, Ambassador of Kazakhstan to the United Nations, also briefed the Council in his capacity as Chair of the Sanctions Committee on Al-Qaida and Islamic State in Iraq and the Levant (ISIL/Da’esh) and associated groups.

Noting that the threat from ISIL/Da’esh, Al-Qaida and affiliates has evolved since his last relevant briefing in May – including by delegating decision-making to local commanders and switching to encrypted communication – he said ISIL also continues to use external attacks by its members and sympathizers as part of its response.

“Increasingly, ISIL is transforming from a territorially grounded organization into a terror network of cells around the globe,” he said, adding that it sent funds to its affiliates worldwide.

While ISIL/Da’esh is being physically weakened, its presence in the virtual world is entrenched, posing a serious threat to international peace and security. It uses Internet propaganda both for radicalization and the recruitment of fighters, employing sophisticated manipulation and brainwashing techniques.

Noting that the flow of foreign terrorist fighters into Iraq and Syria had slowed due to military pressure and improved border control, he said those fighters returning home or relocating present another threat to global security, as they had the potential to re-energize existing terrorist networks or spur the growth of new ones.

As Chair of the Committee, he said he is working to address those challenges by visiting countries including Singapore, Malaysia, Afghanistan, Russia and Uzbekistan, where he attended a meeting of the Shanghai Cooperation Organization on fighting terrorism across borders. The Committee is working to ensure that its sanctions list is updated and as accurate as possible, he said, noting that it currently included 256 individuals and 80 entities.

Secretary-General António Guterres and the United Nations Security Council have condemned “in the strongest terms” the attack on al-Rawdah Mosque during Friday prayers in the town of Bir al-Abed in North Sinai, Egypt, that left scores of people dead and wounded.