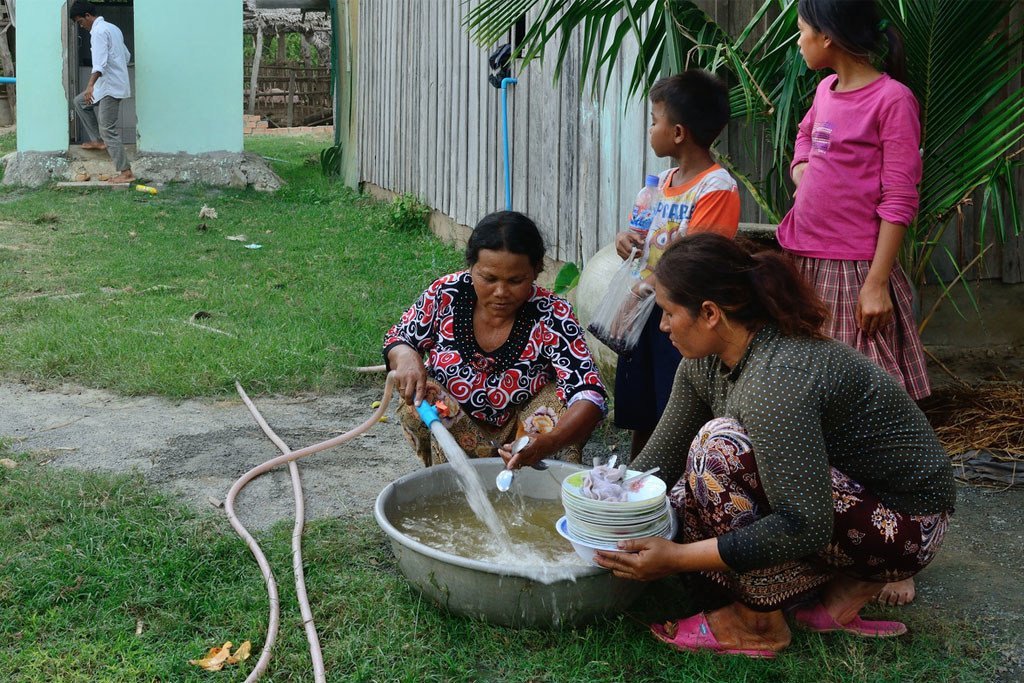 Three countries at the forefront of South-South cooperation and some $33 million in contributions are helping 15 of the world’s least developed countries advance towards achievement of the United Nations Sustainable Development Goals (SDGs).

The three nations, from different economies and different continents working together to drive the exchange of resources, technology, and ideas between countries of the Global South, launched today the latest report of the India, Brazil and South Africa Facility for Poverty and Hunger Alleviation, known as the IBSA Fund, named after the lead partners, and which is a remarkable example of cooperation among developing countries for the benefit of other southern States in partnership with the UN system.

“We have quite innovative projects in Africa in Latin America in the Middle East, and so far, the Fund has been doing quite well, and we hope that in the near future we are able to double the support that we are providing,” said Pule Isaac Malefane, Ambassador of South Africa to Turkey, on the sidelines of the Global South-South Development Expo 2017, hosted by Turkey, which opened today and will take running in Antalya through 30 November.

The IBSA Fund, which is managed by the UN Office for South-South Cooperation (UNOSSC), was established in 2004 and has since supported projects through partnerships with local governments and institutions. Its objectives range from promoting food security and addressing HIV/AIDS, to extending access to safe drinking water.

“On the 11th of December, we will announce the inauguration of the cardiological wing of the Cultural and Hospital Centre for the Palestinian Red Crescent Society and the Atta-Habib Medical Center, in the Gaza Strip. These two projects will illustrate the way we work. A little bit with money but also with technological capacity, communication and other fields of the South-South Cooperation,” said Miguel Griesbach de Pereira Franco, Minister Counsellor, Embassy of Brazil in Ankara.

The Atta-Habib Medical Center, destroyed in the 2014 Gaza conflict, serves around 30,000 people and is the only health institute at the eastern side of Gaza City. The Fund hopes that its reconstruction will help in Gaza’s recovery plans and will aid restoring a sense of normalcy among the population.

The Fund, according to its representatives, looks not only to help out financially, but to share capacities, experiences, and knowledge.

Among other examples of the Fund’s activities, in Sudan, a project piloted a labor-intensive working model to rapidly create employment opportunities for 2,000 unskilled and semi-skilled young laborers; in Fiji, the Fund is teaching women to manufacture and maintain their own rocket cookstoves so that they can switch from open fire cooking and increase their knowledge about climate change adaption and mitigation; and in Haiti, teenagers are being trained in entrepreneurial capacities so that they can start their own business and have a wider access to the labour market.

“The South-South Cooperation based on what we have, we favor a broader view, a border scope of this interpretation. We don’t look for monetary accountability, for us it is important the threshold of knowledge and the threshold of capacity in order to make the local population more independent to develop their own way to make their own region better,” concluded the Brazilian Minister Counsellor.

IBSA called for greater efforts to combat poverty and hunger across the global South during the South-South Development Expo 2017.

A United Nations expo next week in Turkey is set to highlight the critical role of South-South cooperation in achieving the Sustainable Development Goals (SDGs), in light of the vast array of knowledge, skills, expertise and resources that is, and can further be, shared among developing countries.