WHO/PAHO/Sebastián Oliel
Diabetes: a blood glucose test is used to check the level of sugar in the blood of this woman.
14 November 2017

On World Diabetes Day, the United Nations health agency has said that women – especially those in low-income countries – are particularly vulnerable to diabetes, a condition that can be prevented or delayed with medication, regular screening and healthier lives.

On World Diabetes Day, the United Nations health agency has said that women – especially those in low-income countries – are particularly vulnerable to diabetes, a condition that can be prevented or delayed with medication, regular screening and healthier lives.

“Approximately 205 million women around the world (about 8 per cent globally) are living with diabetes, with more than half of them in the Western Pacific and south-east Asia,” said Christian Lindmeier, a spokesperson for the UN World Health Organization (WHO).

Globally, diabetes is a major cause of blindness, kidney failure, heart attack, stroke and lower limb amputation. In 2015, diabetes had been the direct cause of 1.6 million deaths, and two million people die each year from high blood glucose.

Furthermore, with blood glucose-levels rising substantially during pregnancy, there is heighted risk the health of both mother and child as well as the threat of diabetes for the child in the future.

However, early diagnosis through relatively inexpensive testing of blood sugar and simple lifestyle measures can be effective in preventing or delaying the condition and treating its consequences.

This year, World Diabetes Day calls for promoting affordable and equitable access for all women with diabetes or at risk of diabetes to the essential medicines and technologies, self-management education and information they require to achieve optimal diabetes outcomes and strengthen their capacity to prevent Type-2 diabetes. 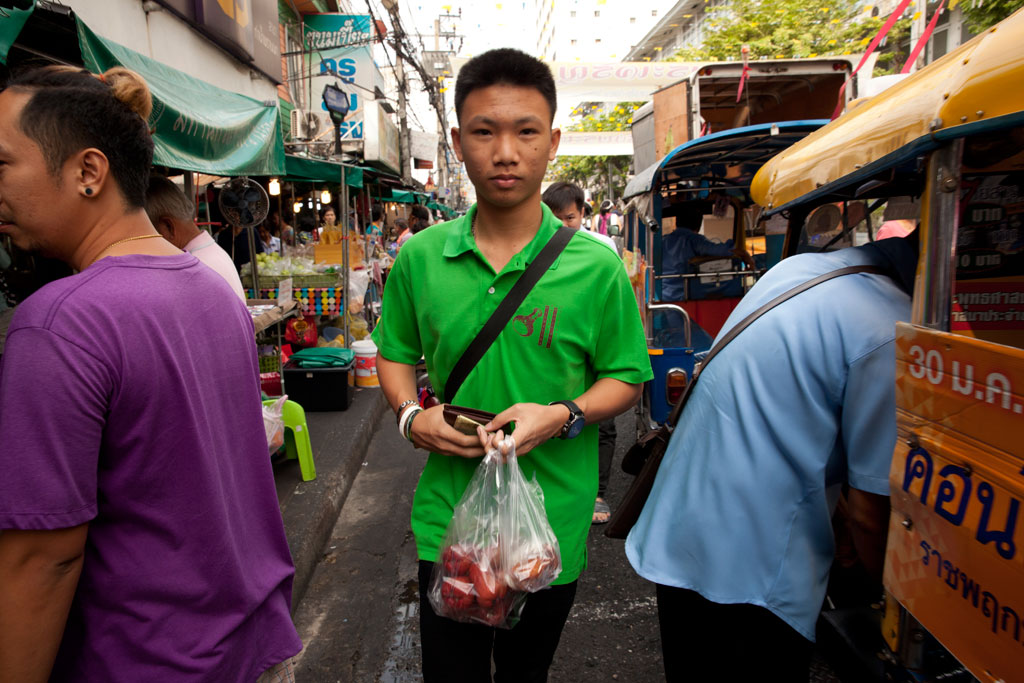 Thailand: Kim is 16 years old and has type 1 diabetes, but has learned to live a healthy life. Kim is a professional Thai Khon performer. He said, "When I realized that I had to travel to perform Khon at events, in the beginning I wasn't sure if my condition would be an impediment. But I have learned to prepare well for each trip and I never forget the medicine box.” Photo: WHO/Patrick Brown 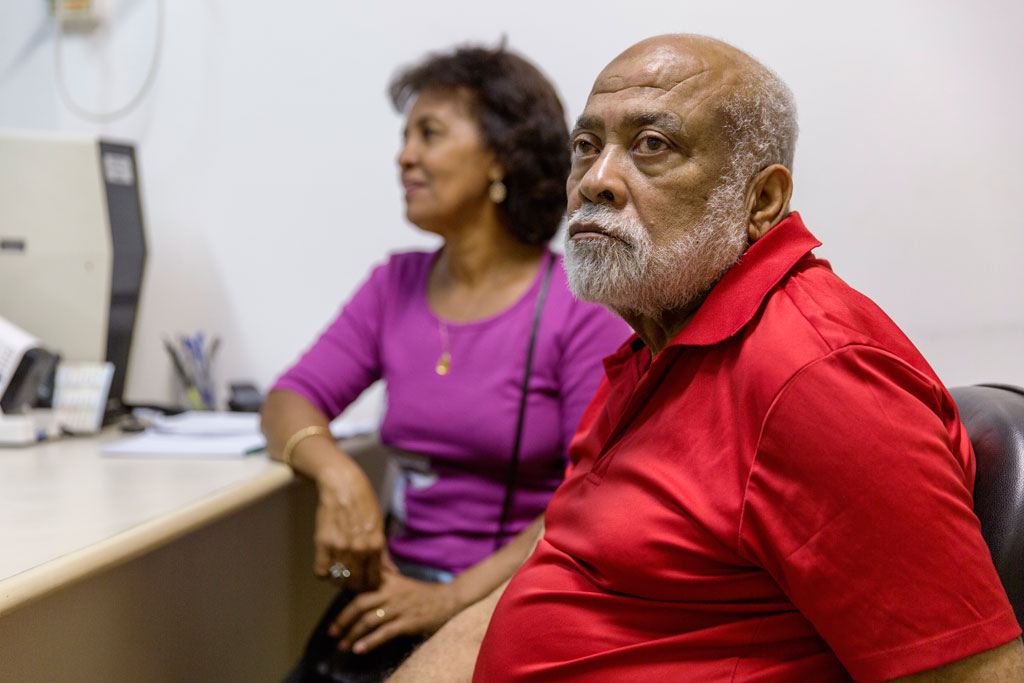 Brazil: Roque is 70 years old, and has had diabetes for the past 11 years. As a result of complications of diabetes, he became blind 9 years ago. His wife has given up her job to take care of him. She shows great strength and communicates a positive acceptance of their situation. They see doctor Tessa regularly at a diabetes center in Salvador, Bahia. Photo: WHO/Eduardo Martino 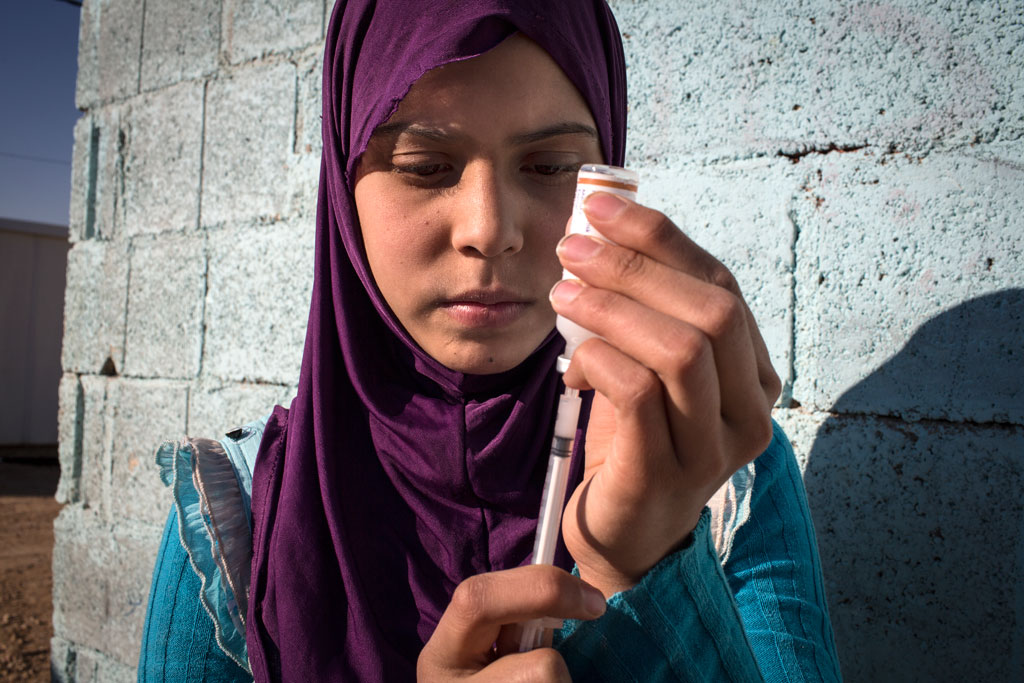 Jordan: Raghad lives in a refugee camp in Jordan. She suffers from type 1 diabetes. She sees health teams regularly to monitor her condition and receive health education. "It is hard to keep the insulin cool in the summer with limited electricity in the camp," she said. She excises to stay healthy: skipping rope is her favorite activity. Photo: WHO/Tania Habjouqa 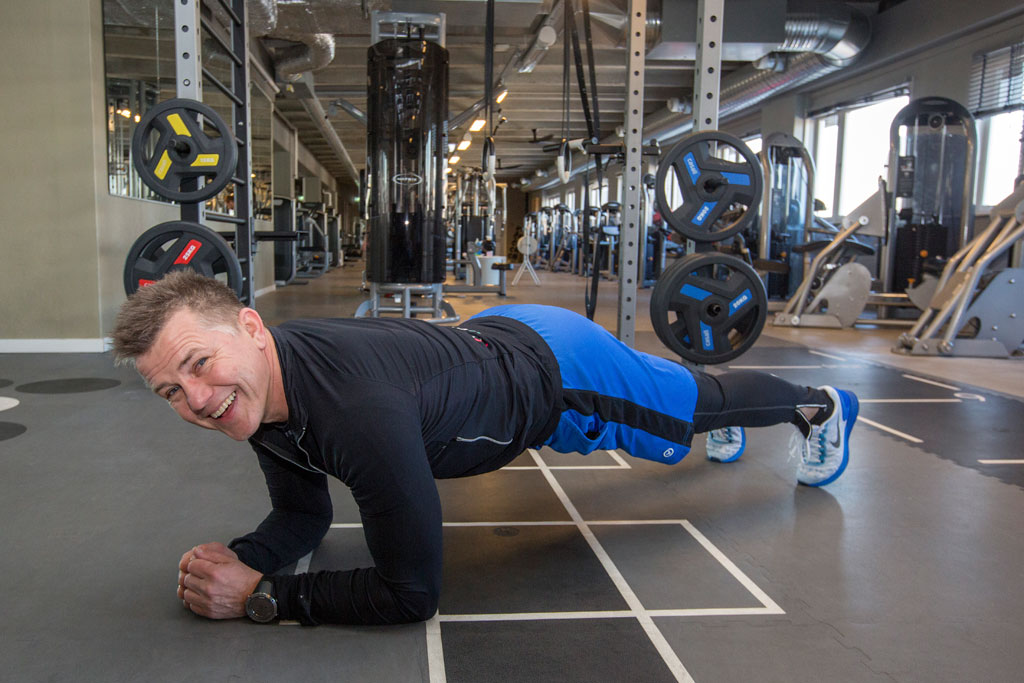 Norway: Hasse has type 1 diabetes. He wears an insulin pump and exercises daily. He says that his life is not affected much by diabetes. Photo: WHO/Fredrik Naumann 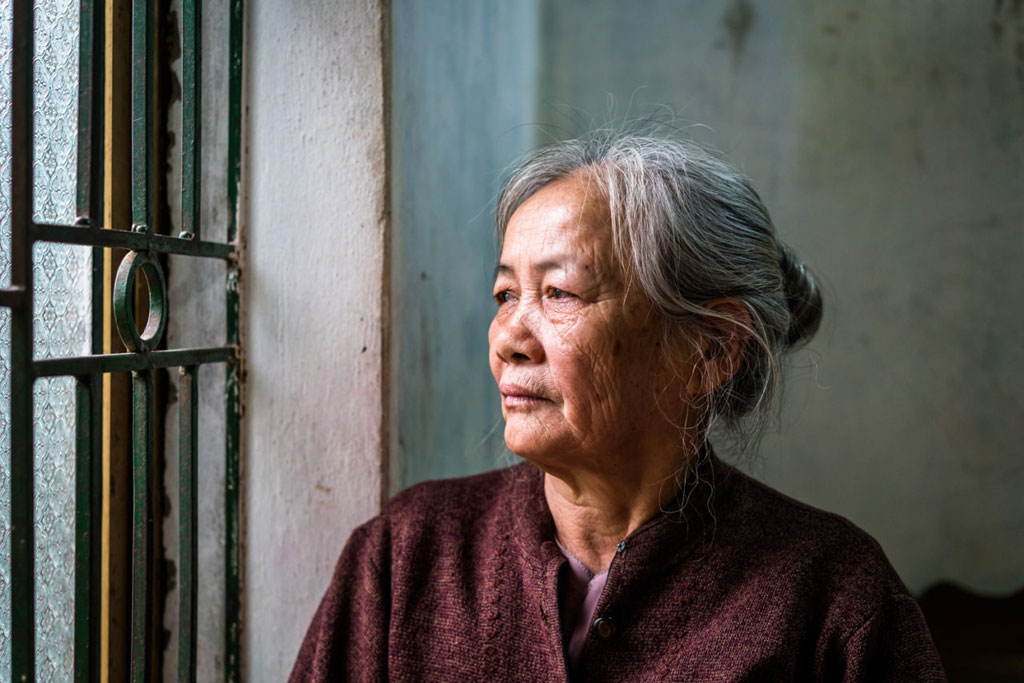 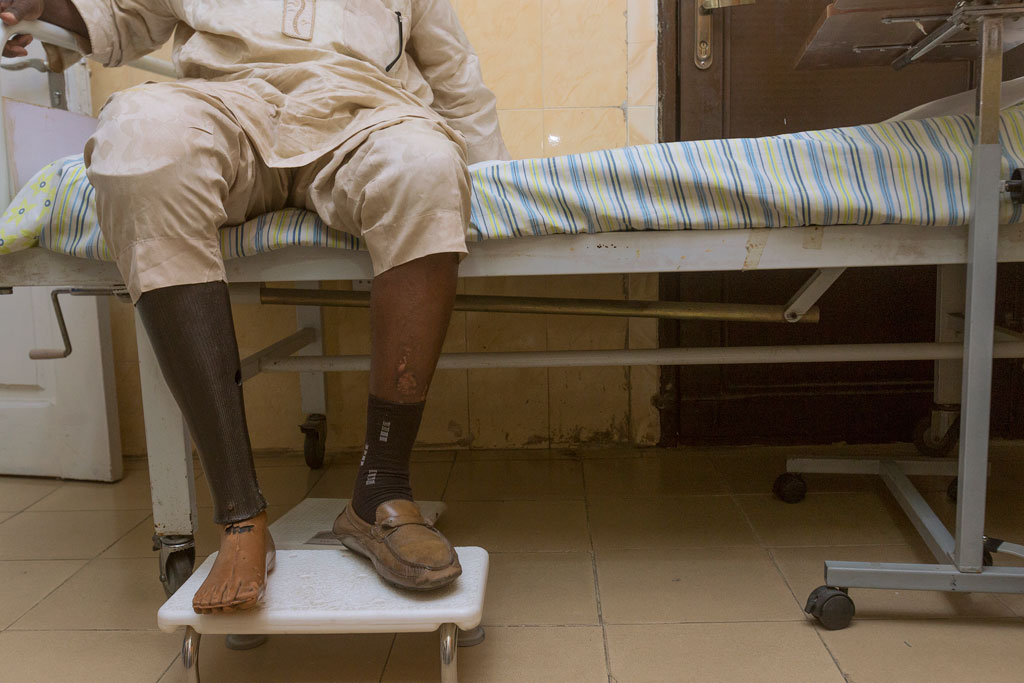 Nigeria: Adeniran, 54 years old, receives regular care at a medical center in Lekki, Lagos. Adeniran is the chairman of the Diabetes Mellitus Association of the General Hospital, Gbagada. He has type 2 diabetes and had his right foot amputated. He wears a prosthesis. He is fully compliant with his medication and tries to maintain a more healthy lifestyle. Photo: WHO/Andrew Esiebo 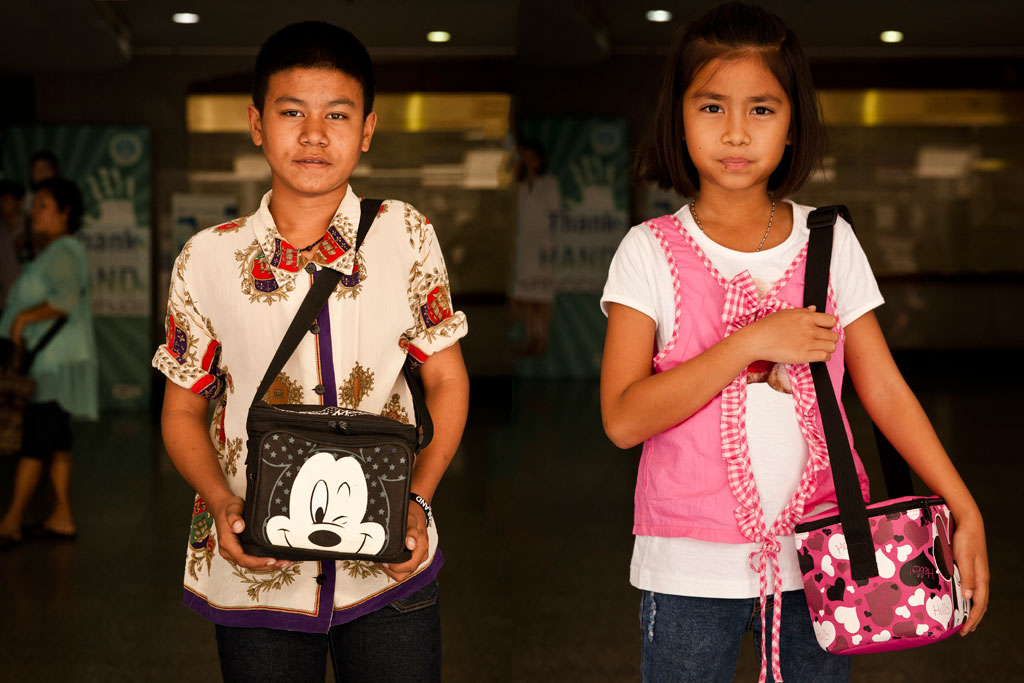 Thailand: Bon (boy) and Mi (girl) both have type 1 diabetes. They are from Kanchanburi, a two and an half hour drive west of Bangkok; they travel together with their mothers to save on costs to Bangkok for their weekly checkups at the Siriaji Hospital in Bangkok. In their Mikey and Minnie mouse cooling bags, they keep their diabetes medicines. Photo: WHO/Patrick Brown 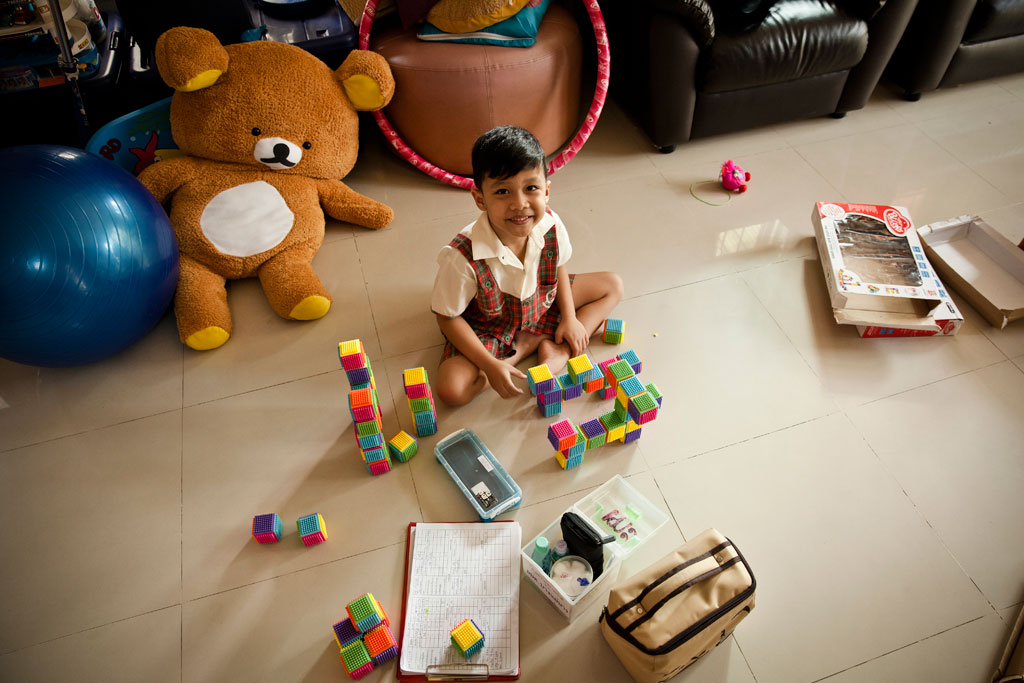 Thailand: Sip lives on the outskirts of Bangkok with his mother. He has type 1 diabetes. “Sip has good teacher at school. His teacher and I, we exchange pictures of him while he is at school and she updates me during the day. I'm very glad with her help and he loves his teacher very much," said Sip's mother. Photo: WHO/Patrick Brown

Type-2 diabetes results from the body’s ineffective use of insulin, and comprising majority of people with diabetes around the world, and largely the result of excess body weight and physical inactivity, can be prevented with a healthy diet, avoiding sugar and saturated fats intake, not smoking and using tobacco, as well as a more physically active lifestyle with at least 30 minutes of regular, moderate-intensity activity on most days.

Until recently, this Type-2 diabetes was seen only in adults but it is now also occurring increasingly frequently in children.

Other types of diabetes are Type 1 diabetes (previously known as insulin-dependent, juvenile or childhood-onset), gestational diabetes (hyperglycaemia with blood glucose values above normal but below those diagnostic of diabetes, occurring during pregnancy), as well as impaired glucose tolerance (IGT) and impaired fasting glycaemia (IFG) (intermediate conditions in the transition between normality and diabetes.

People with IGT or IFG are at high risk of progressing to type 2 diabetes, although this is not inevitable, according to WHO.

♦ Receive daily updates directly in your inbox - Subscribe here to a topic.
♦ Download the UN News app for your iOS or Android devices.
medicine