The media industry, which remains the primary source of news and information in the digital age, faces both vast opportunities and steep challenges, the United Nations cultural agency said on Monday in its flagship analysis of new trends in media freedom, pluralism, independence and the safety of journalists.

“Covering the period 2012 to 2017, this study not only maps emerging global trends – it makes an unequivocal call to action to counter new and persistent challenges,” stated Irina Bokova, Director-General of the UN Educational, Scientific and Cultural Organization (UNESCO) in the foreword of the report, titled the World Trends in Freedom of Expression and Media Development.

“This provides a unique reference point for Member States, intergovernmental organizations, civil society groups, academia, journalists and media professionals, and all those who wish to understand the fundamentals of press freedom in a changing world,” she added.

The report highlights such positive developments as civil society mobilizing to push for greater access to information, media houses cooperating with fact-checking services to push back against a torrent of disinformation, and more and more Governments adopting freedom of information laws.

In the digital age, the report says, women journalists are able to develop an online presence liberated from newsroom hierarchies, and citizen journalists and activists have access to modes of mass communication that were previously unthinkable.

The report, however, warned that “across the world, journalism is under fire,” citing the rise of ‘fake news’ stories that shroud the truth and muddy information, as well as social media algorithms that are contributing to the creation of virtual ‘echo chambers’ and exacerbating political polarization. Governments have shut down the internet, notably before elections. Journalists are under wide-ranging attack, facing rising violence.

“The stakes are even higher for citizens across the world, women and men, who rely on professional journalism to navigate the development and transformation of their societies,” Ms. Bokova said.

The key findings were presented by Guy Berger, Director of UNESCO’s Division of Freedom of Expression and Media Development at an event, held alongside the Communication and Information Commission of UNESCO’s General Conference in Paris. 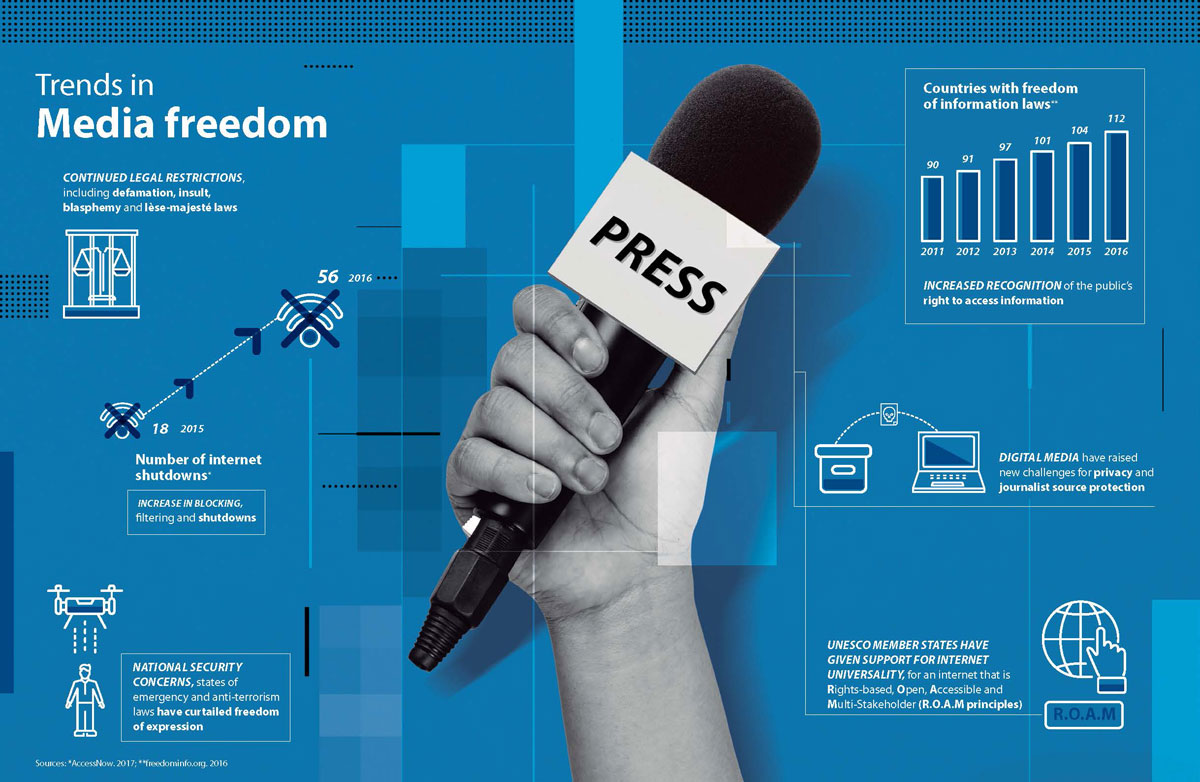 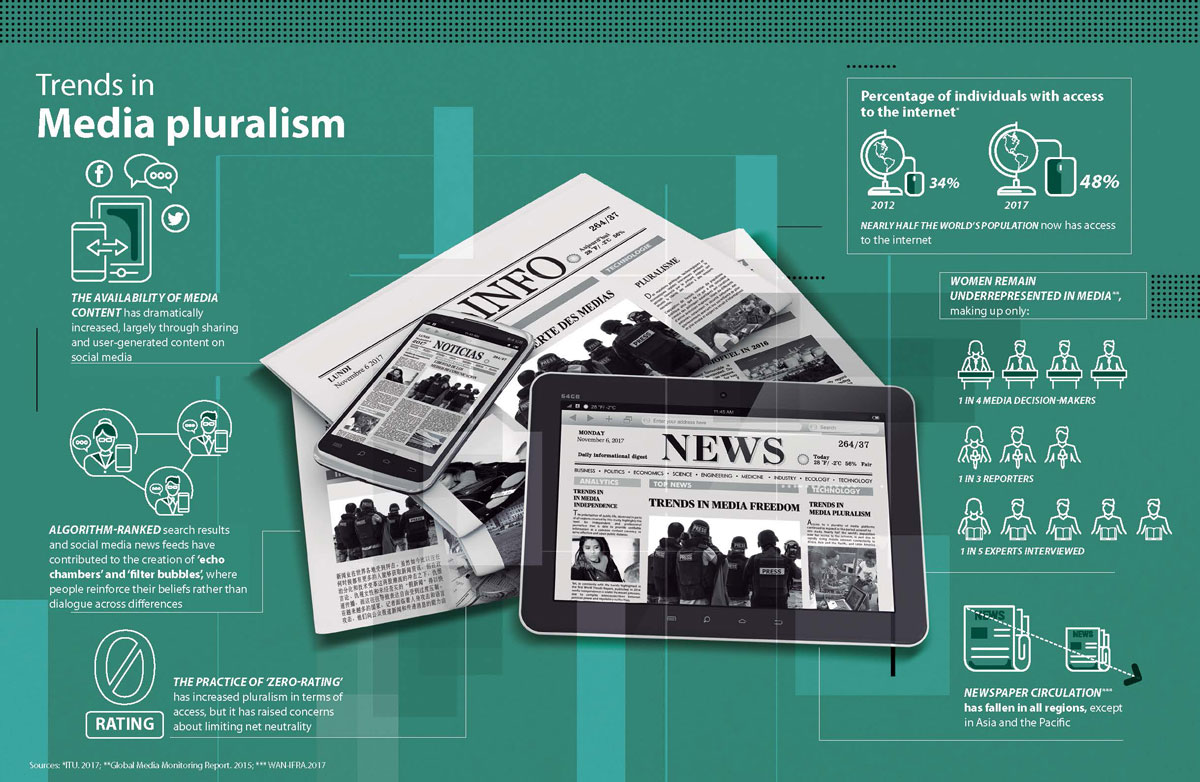 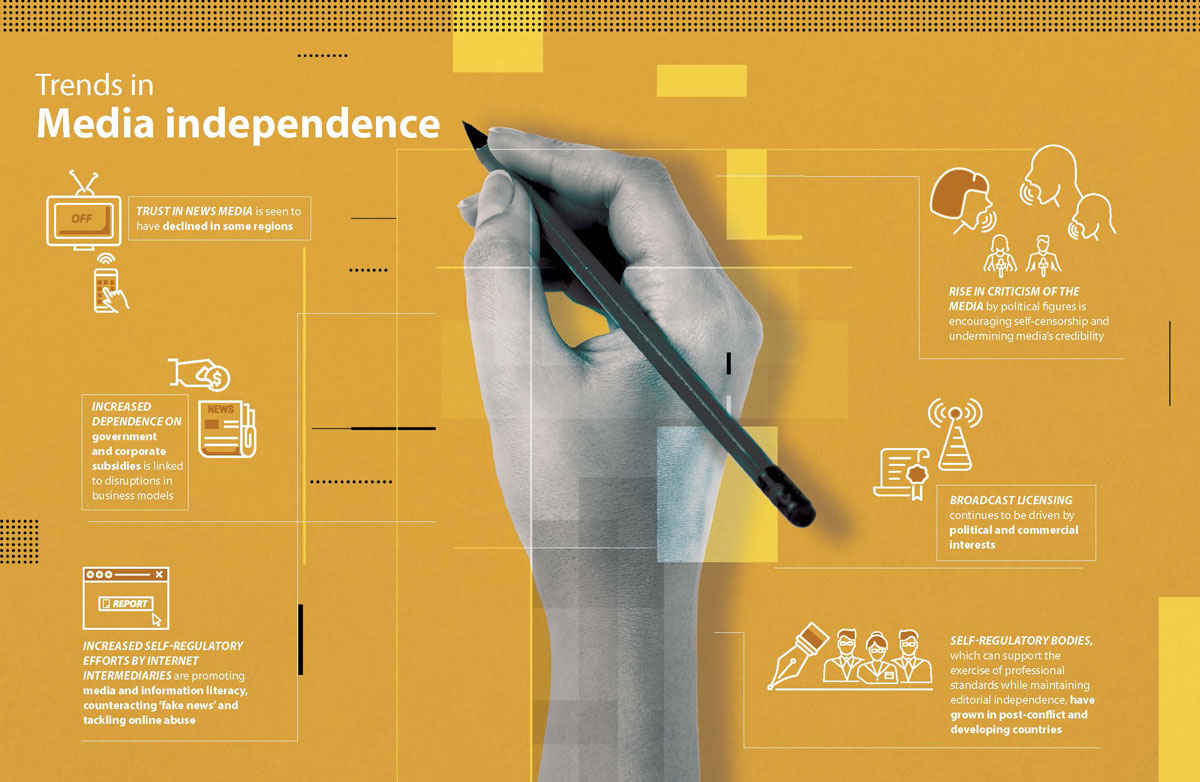 Trends in the safety of journalists 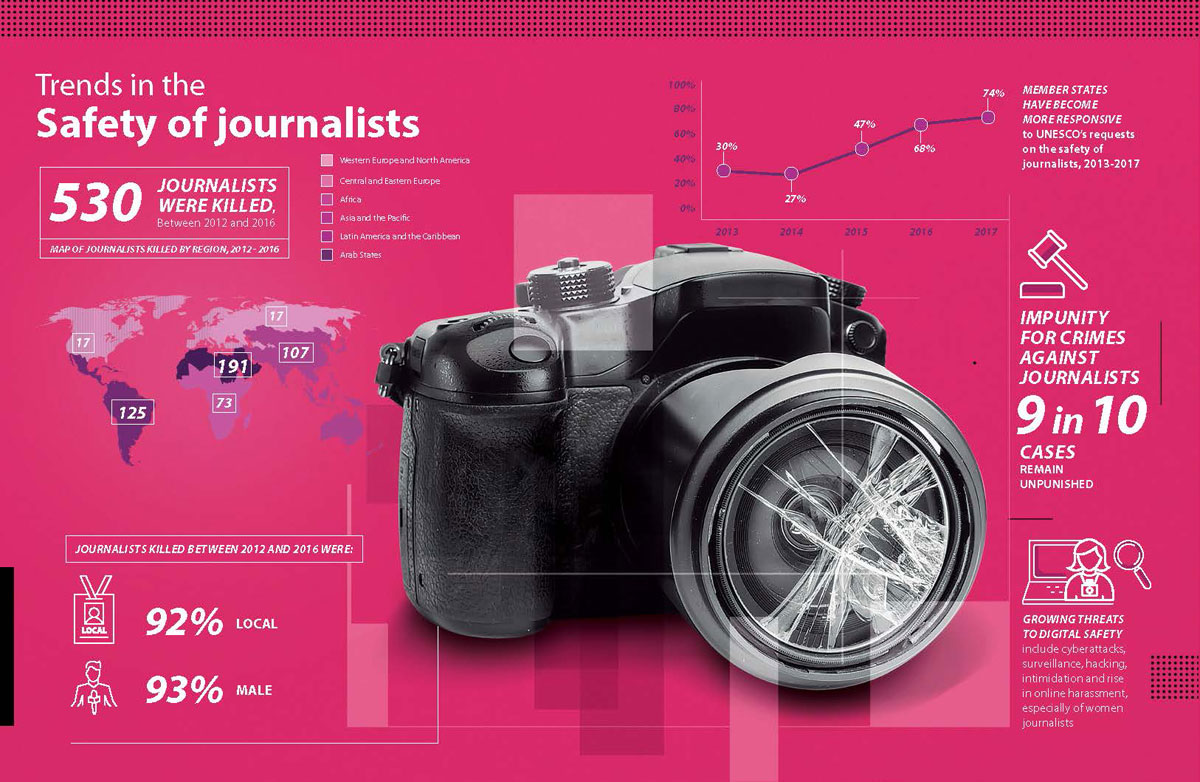 Justice must be done for the murder of journalists, who perform important functions in taking forward fundamental freedoms and bolstering the strength of societies, a senior United Nations official said Thursday, marking the International Day to end impunity for crimes against them.