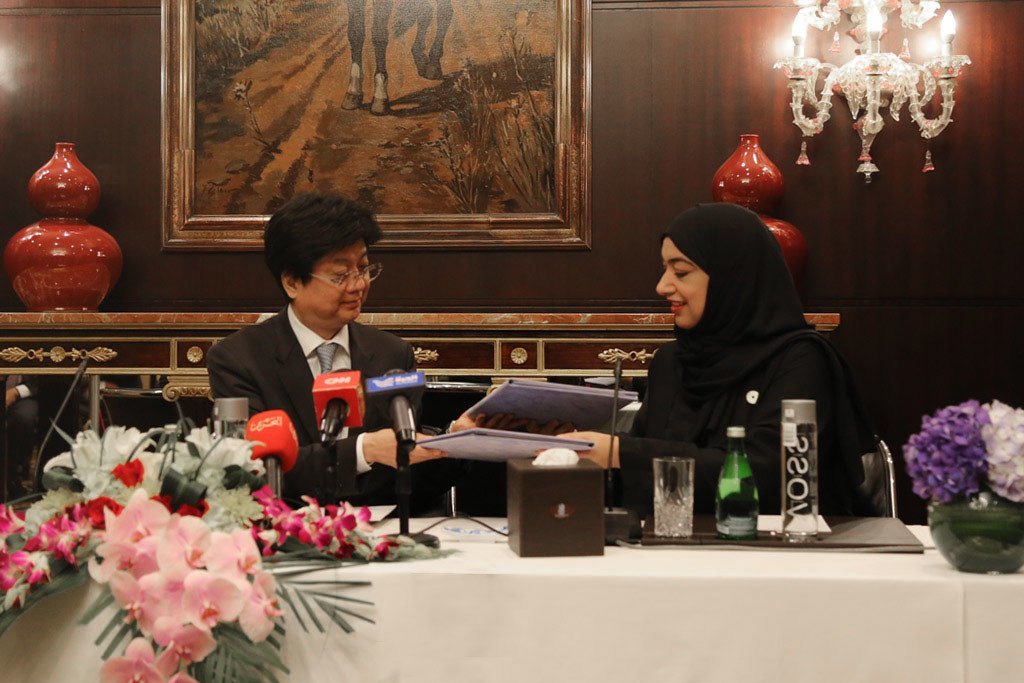 “This partnership proves that the private sector can make significant contributions toward inclusive and sustainable development,” said Miroslav Lajčák, the President of the UN General Assembly, welcoming the signing in Bahrain.

“I also welcome the parties’ intention to share knowledge around investment and entrepreneurship for development to achieve the Sustainable Development Goals (SDGs),” he added.

Mr. Lajčák arrived in the capital, Manama, Wednesday to attend the ongoing WEIF 2017, organized by UNIDO in partnership with the Government of Bahrain.

In his remarks at the signing ceremony, Mr. Lajčák noted that the hosting of the 2020 edition of WEIF in Dubai is further proof of the region’s interest and commitment to encourage all stakeholders to work together with UNIDO to strengthen the implementation of the SDGs through promotion of entrepreneurship and innovation.

Prior to his arrival in Bahrain, the President of the General Assembly was in Paris, France, where, among other engagements, he addressed the Leaders’ Forum of the 39th UN Educational, Scientific and Cultural Organization (UNESCO) General Conference, held under the theme of SDGs and the role of UNESCO in the multilateral system, Tuesday.

“We need multilateralism – more than ever before […] If we want the next generation to be born into a better world, we only have one option. And that is strong multilateralism, with the UN System at its core,” Mr. Lajčák said in his remarks at the occasion.

While in Paris, Mr. Lajčák also held meetings with senior officials from the European Union, Bosnia and Herzegovina and France, and discussed issues including his priorities for the 72nd session of the General Assembly, climate change, sustainable development, biodiversity and regional matters, according to a news release from his Office.

UN News is in Manama, Bahrain, covering the Forum and its associated events. Follow @UN_News_Centre and @UNNewsArabic for up to date news and highlights from WEIF 2017.

♦ Receive daily updates directly in your inbox - Subscribe here to a topic.
♦ Download the UN News app for your iOS or Android devices.
sustainable development|WEIF2017

More than one thousand business leaders, government officials and academics will converge at a United Nations forum Tuesday in Bahrain to strengthen global partnerships, entrepreneurship and investment for the implementation of the 2030 Agenda for Sustainable Development.