Addressing lawmakers in the Central African Republic, United Nations Secretary-General António Guterres on Friday stressed the international community's commitment to helping tackle the myriad challenges plaguing the conflict-torn country, and strongly defended the role of the UN peacekeeping force there.

“I wish to pay tribute to the people's courage, resilience and determination to overcome great adversity,” Mr. Guterres told the National Assembly in the capital, Bangui, on the final day of his visit to the country.

“The task of solving this crisis lies first and foremost in the hands of the people of the Central African Republic. Nobody is in a better position to help the country than its own citizens,” he added.

The UN chief noted that the country's enormous difficulties include insecurity, a humanitarian crisis and slow progress towards development.

Armed groups are fragmenting and multiplying. One in four Central Africans is displaced. Development programmes are needed for neglected rural areas. Religion and ethnic origin have been manipulated to create division among communities, severely polarizing a fragile country.

“The Central African Republic is at risk of sliding back into open inter-communal violence,” Mr. Guterres said.

The UN integrated peacekeeping mission there, known by its French acronym, MINUSCA, will use force when the State's stability is threatened, and each time civilians need protection, but does not favour any religious or ethnic group, he said, adding that their actions can assist in creating a space to build peace through dialogue.

However, he said: “Nowhere in the world has the use of force alone resolved a conflict. We therefore need not only more peacekeepers, but more political initiatives for peace.” 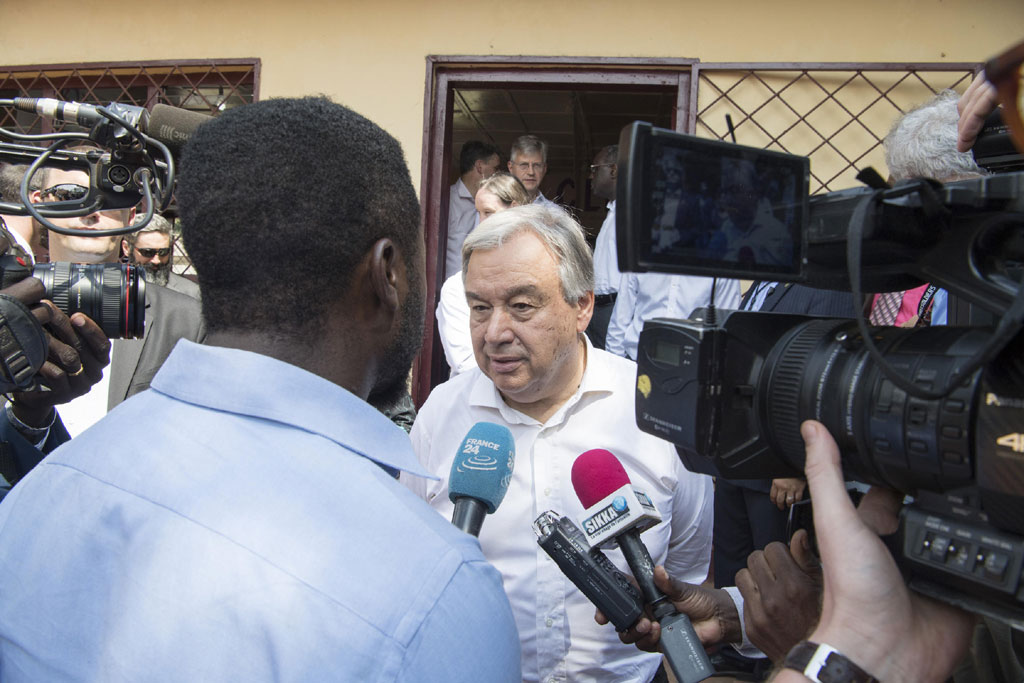 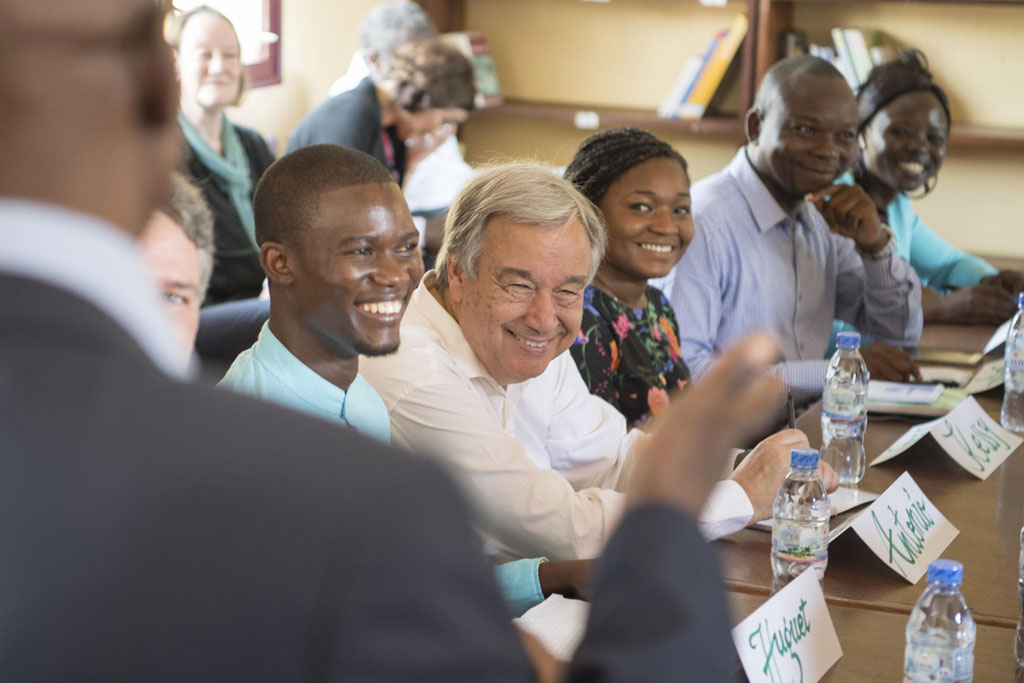 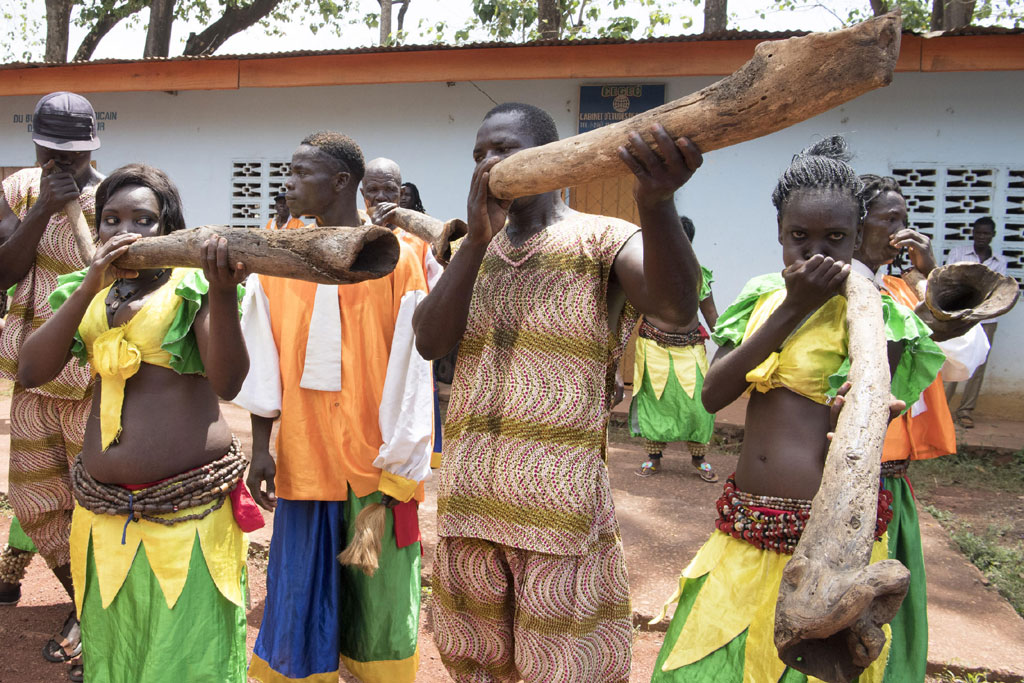 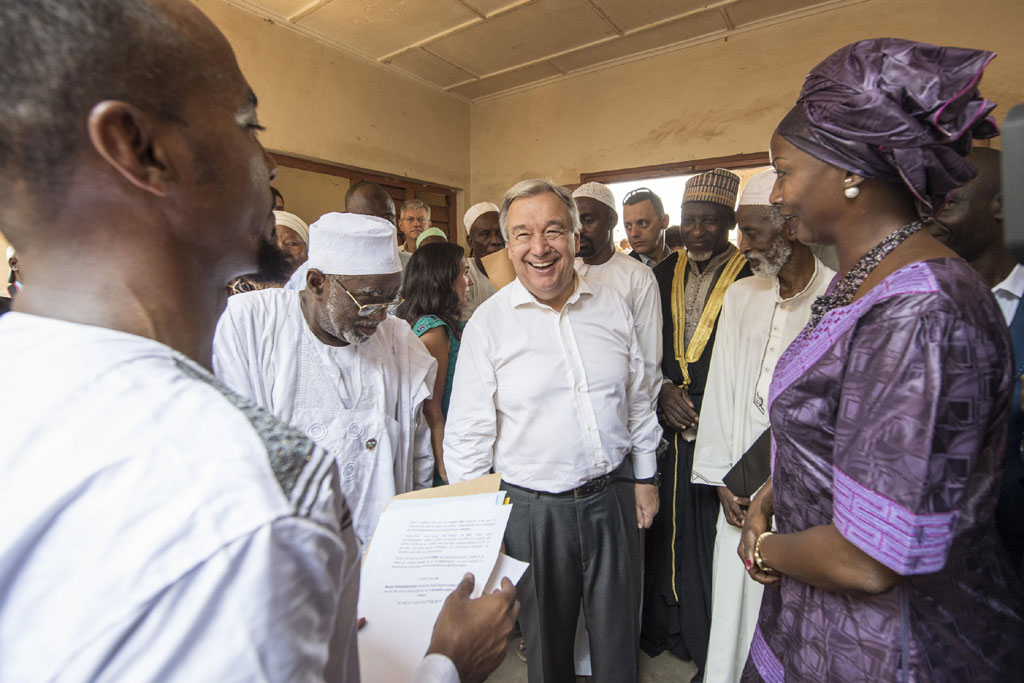 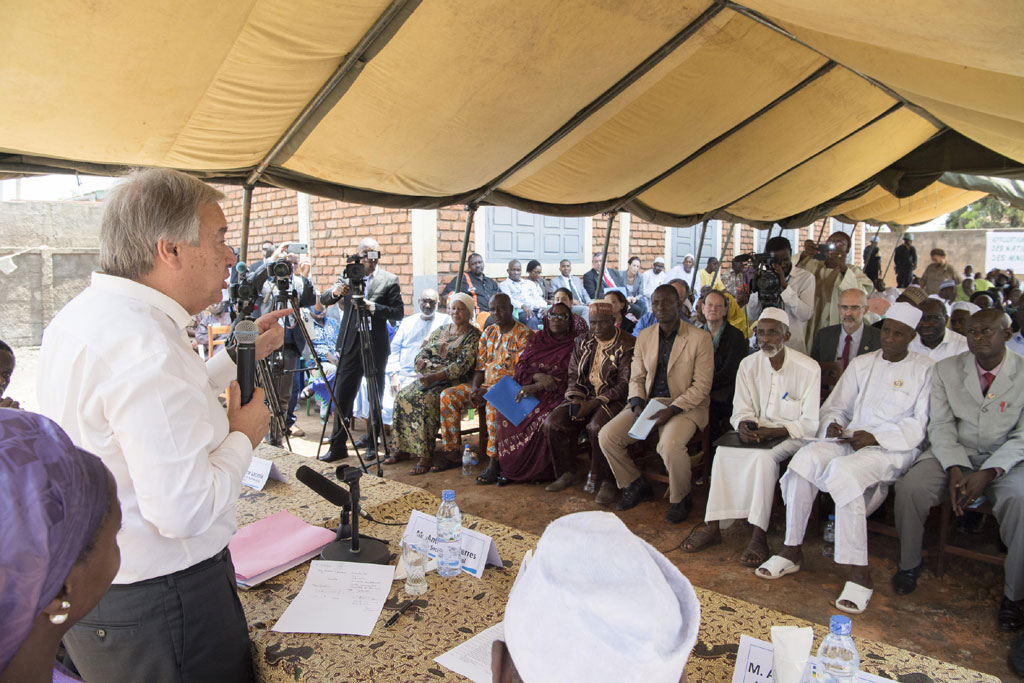 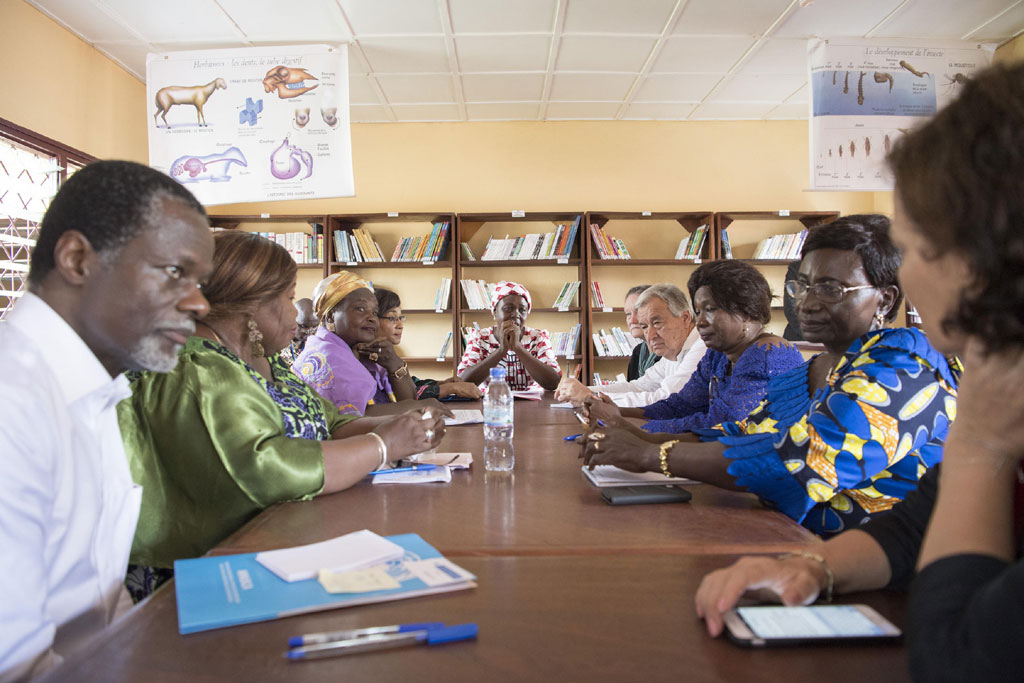 Calling on donors to fulfil their commitments to provide humanitarian aid, he stressed the importance of supporting the country's recovery and peacebuilding plan.

The National Assembly has a vital role to play in ensuring the efficient delivery of government services, not just in the capital, but at the local level, he said.

“We are all committed to the return to peace,” he said, noting that a cessation of hostilities is undoubtedly important, but there is also a need to bring peace to people's hearts.

“The Central African Republic has suffered for far too long. As representatives of the people, you have a central part to play in turning the situation around,” he told the lawmakers.

Noting the historical generosity of the Central Africans who, over the years, have opened their borders to refugees from neighboring countries, the Secretary-General pledged that the UN would continue to accompany and support Central Africans.

Mr. Guterres then travelled to the PK5 area, a traditionally Muslim part of Bangui that has been the site of violence against the community.

He listened to the concerns of community leaders, including issues regarding safety and discrimination, as well as the lack of economic opportunities for young people. He also heard from local Christian leaders who spoke of reconciliation.

The Secretary-General underscored his deep belief that religious conflicts are often the result of political manipulation and not religious differences, noting that for years, Christians and Muslims had coexisted peacefully in the country.

The Secretary-General then held a roundtable with youth leaders and a separate session with women leaders.

On his way to Paris, during a stopover in Yaoundé, the Secretary-General is expected to meet with the President of Cameroon, Paul Biya, to discuss a number of regional and national issues.

On the third day of his visit to the Central African Republic (CAR), United Nations Secretary-General António Guterres on Thursday called on the international community to support the conflict-ravaged country’s peacebuilding and recovery strategy.