On the second day of his visit to the Central African Republic (CAR), United Nations Secretary-General António Guterres on Wednesday called on the international community to show solidarity in helping the crisis-torn country chart a new future while warning against religious divide.

“This visit is a visit of solidarity but of active solidarity,” said Mr. Guterres during a press briefing after meeting with President Faustin Archange Touadéra and members of his Government in the nation’s capital, Bangui.

He called for the active engagement of the international community in the country because “there is an opportunity to build a new Central African Republic that is peaceful, secure and prosperous.”

Mr. Guterres also reiterated the need to strengthen the UN peacekeeping mission, known for its French acronym MINUSCA, so it can better protect the population.

He said a political will of openness is well translated in the recent enlargement of the Government, warning, however, that religious divisions that had not existed before are now seen.

“They are only the result of political manipulation that must be condemned and avoided at all costs,” he told reporters. 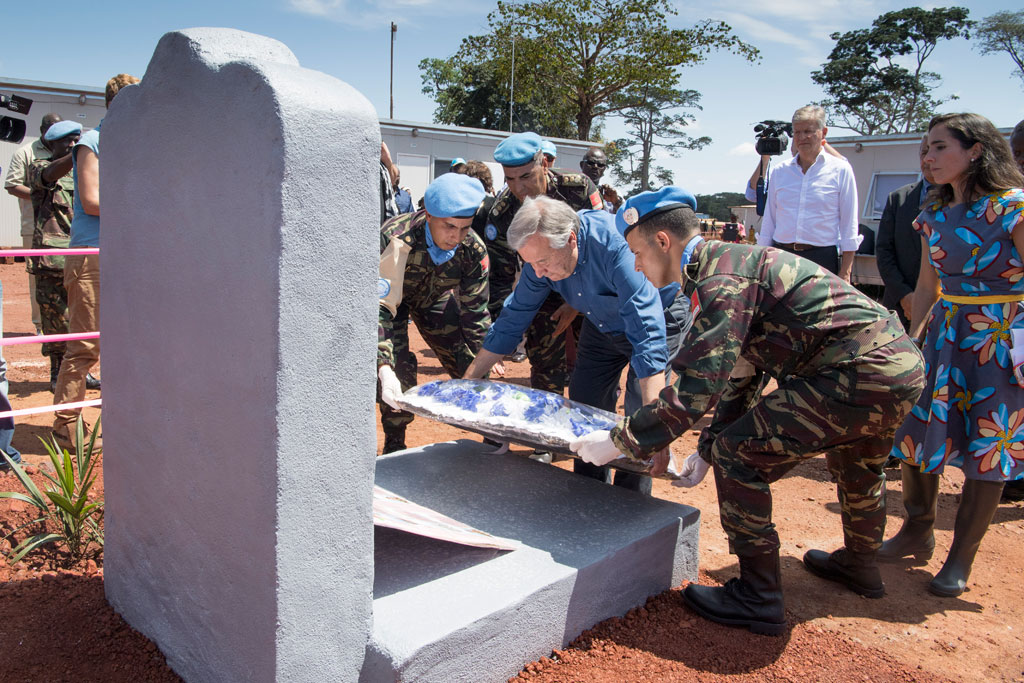 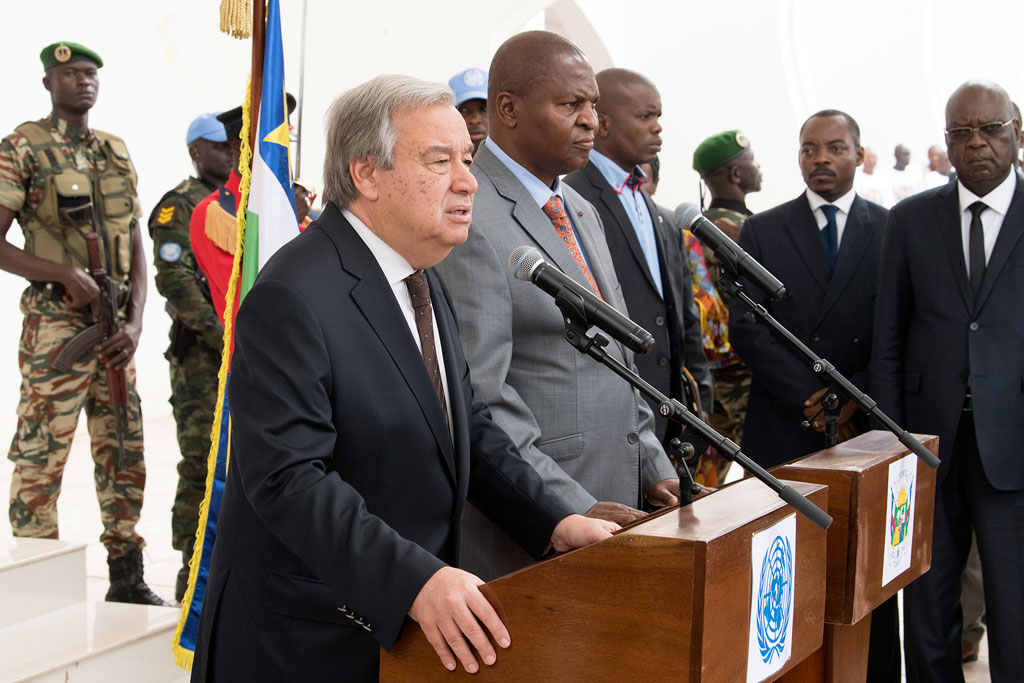 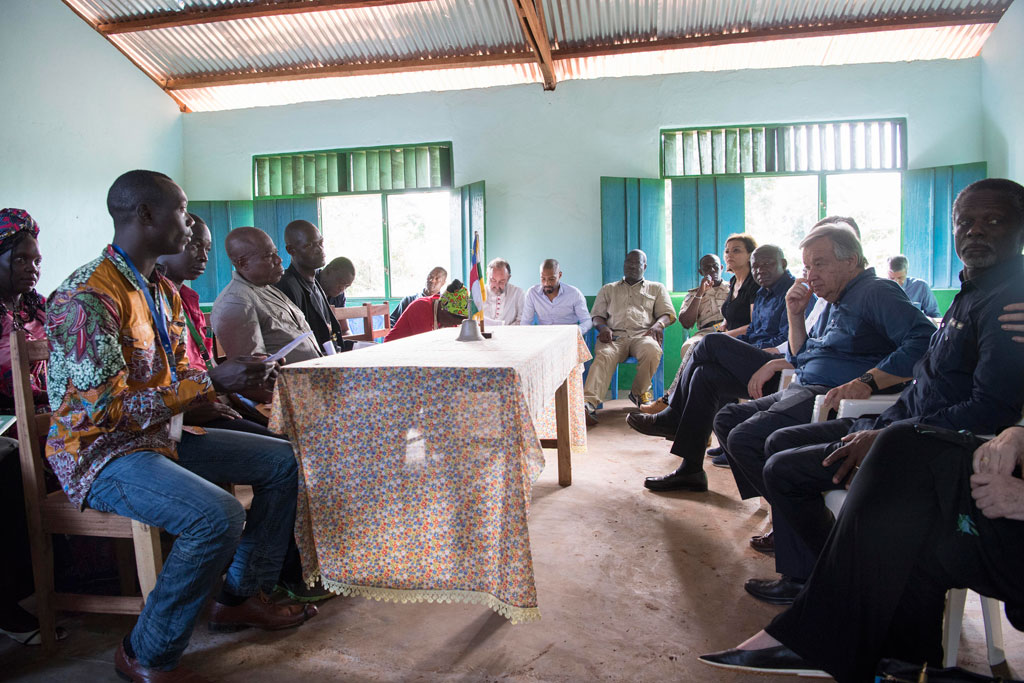 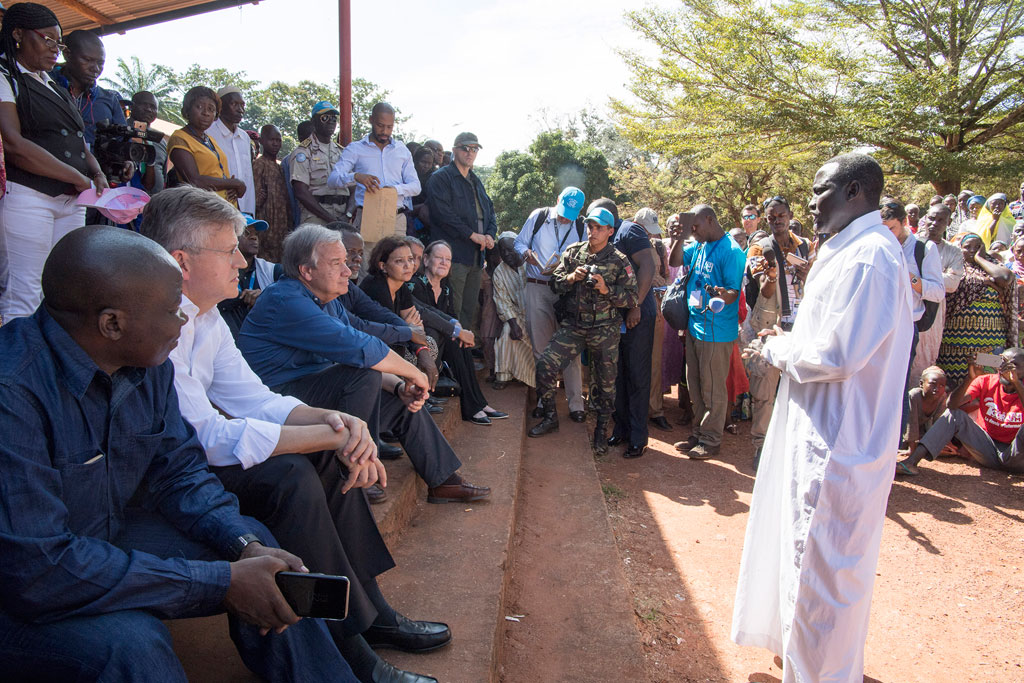 The Secretary-General and his party then travelled to Bangassou in the southeast of the country. At the local UN force base, he laid a wreath to honour Moroccan and Cambodian soldiers killed earlier this year in the line of duty as UN forces tried to protect the population.

In addressing representatives of the contingents, he told them how proud he was to be one of their colleagues and that their efforts were courageous as they attempted to keep the peace in areas where all too often there is no peace to keep.

“I am here to express to you my gratitude, my solidarity and my admiration […] I am particularly addressing the military contingents and police who [are] here in Bangassou. You are doing extraordinary hard work,” said the UN chief during his visit to the MINUSCA base there.

“I just laid a wreath of flowers [in memorium]. We have had a significant number of Moroccan and Cambodian soldiers here who sacrificed their lives for the defense of the rights and security of the Central African people,” he added.

To the Muslim displaced people he met and looking at the rainforest, the UN chief said: "Here we see the green of paradise – it must not be men who make this paradise a hell. It is really necessary that the reconciliation which you requested is a reality. We will work together. It will take time.”

From there, the Secretary-General went on to the compound of the Catholic church in Bangassou, which is now home to more than 1,200 Muslim residents of the area. They had sought shelter from communal violence earlier this year.

The Secretary-General excoriated politicians who use religion to divide communities that often worship the same God, and urged religious leaders to live up to their responsibilities by being apostles for peace.

He also met with local authorities and civil society leaders, encouraging them as well with a message of reconciliation.

Mr. Guterres returned to Bangui, where he is scheduled to meet with the UN humanitarian and development team, as well as with non-governmental organizations later on Wednesday.