“I want to say that we need to make sure that the world fully appreciates the heroic contributions of peacekeepers protecting civilians, sometimes in extremely difficult circumstances, like the ones we face in the Central African Republic,” said Mr. Guterres at a wreath-laying ceremony for peacekeepers in the country's capital, Bangui.

He said 'blue helmets,' as UN peacekeepers are informally known, work where sometimes the peace is elusive, which means that they die, are wounded, and sacrifice their lives to protect civilians.

Noting that women and men of the UN police and peacekeeping forces are the "UN brand" around the world, he said “your sacrifice is something that the UN will always honour.”

The 24th of October, the day in 1945 when the Charter of the United Nations entered into force, is celebrated annually as UN Day. In 1971, the General Assembly recommended that the day be observed by UN Member States as a public holiday. 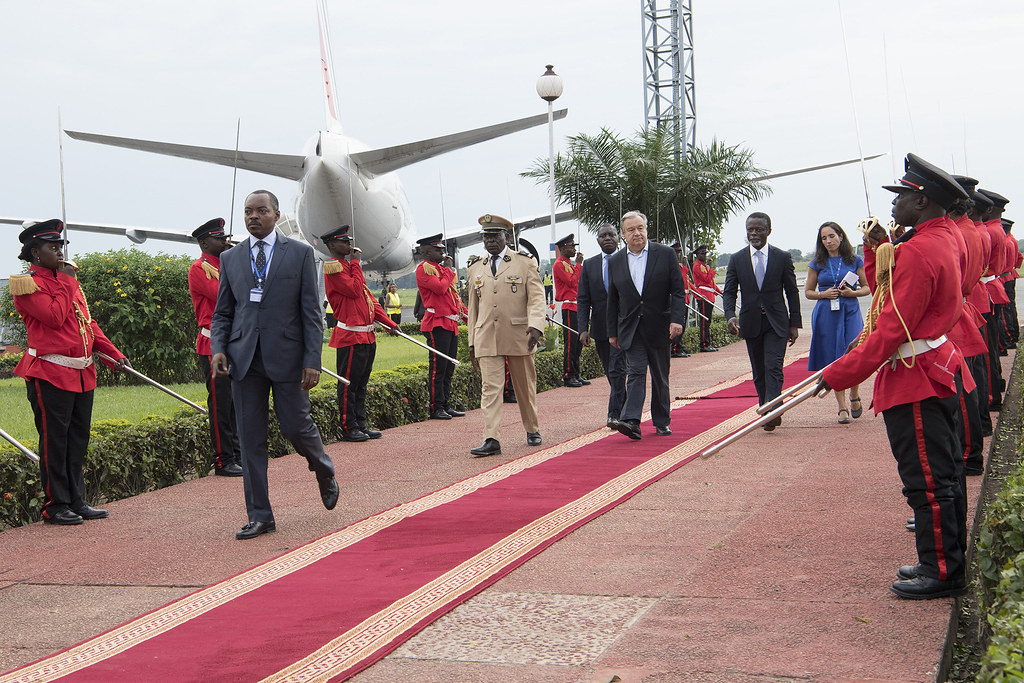 Secretary-General António Guterres arrives in Bangui for a visit of solidarity with the people of the Central African Republic and UN peacekeepers serving with the UN Multidimensional Integrated Stabilization Mission (MINUSCA). UN Photo/Eskinder Debebe 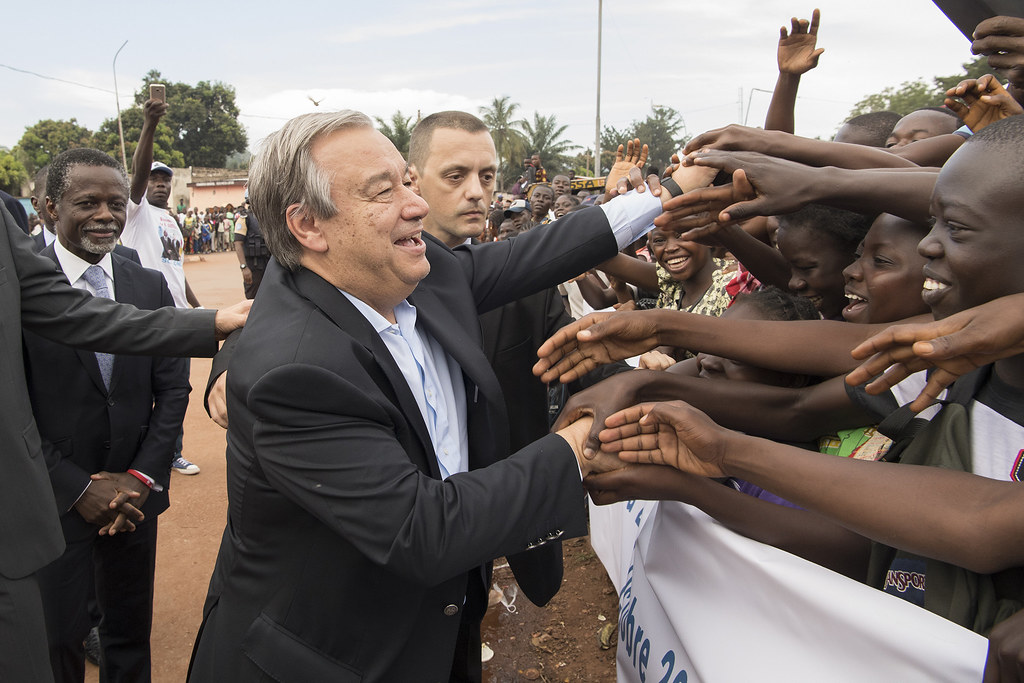 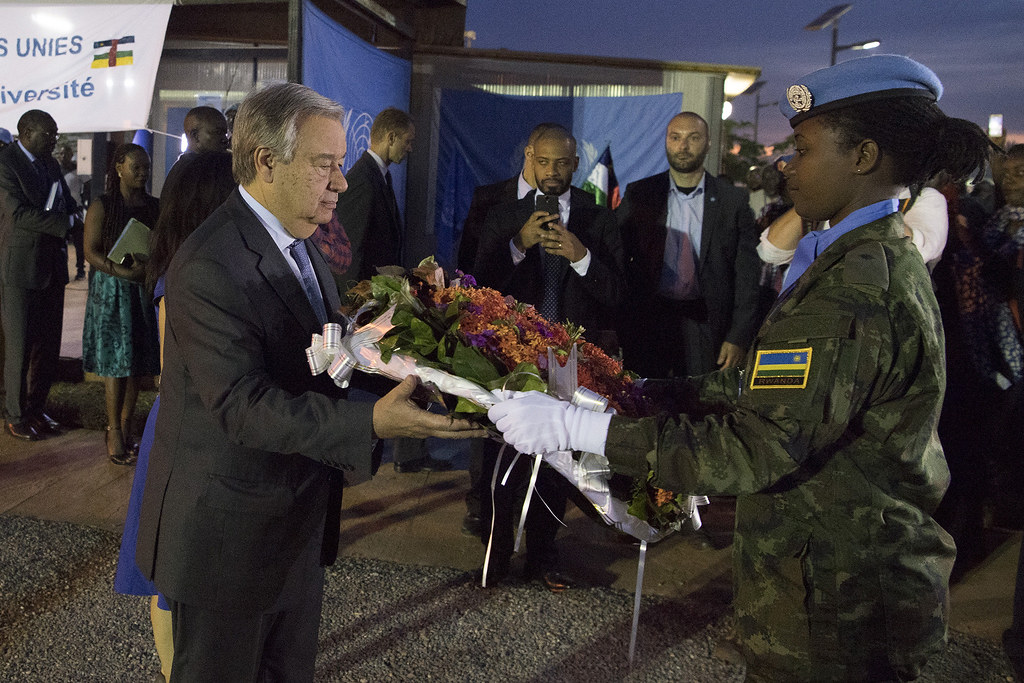 Secretary-General António Guterres takes part in a wreath-laying ceremony to honour peacekeepers who lost their lives in the line of duty while serving with MINUSCA. UN Photo/Eskinder Debebe 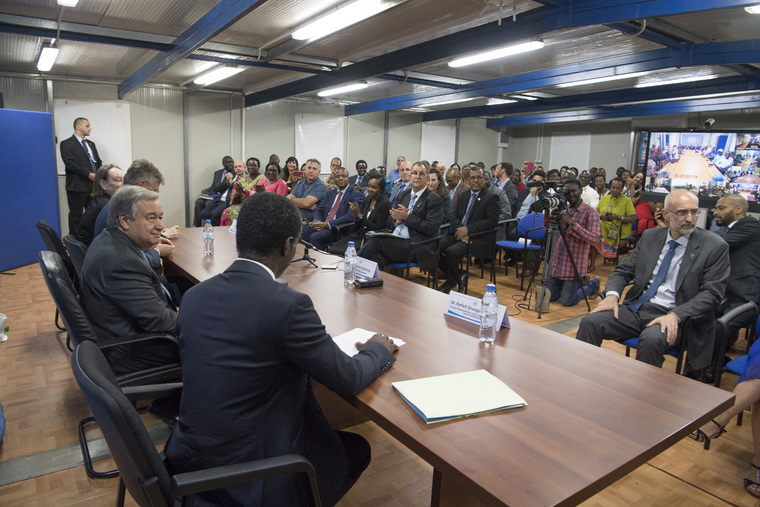 Secretary-General António Guterres (left) takes part in a townhall meeting with staff serving with MINUSCA. To his right is Parfait Onanga-Anyanga, Special Representative in the country and Head of MINUSCA. UN Photo/Eskinder Debebe

At UN Headquarters in New York, the Organization's Department of Public Information will organize a concert featuring the Slovak National Folklore Ballet, Lúènica.

The theme of the concert is 'Potential in Diversity' and is sponsored by the Permanent Mission of Slovakia to the UN.

Mr. Guterres, in his first UN Day message, called on people around the world to overcome their differences to address global challenges that go beyond national borders.

“We have the tools and wealth to overcome these challenges. All we need is the will.”

In his message, the UN chief stated that the challenges faced by the world transcend borders and, therefore, everyone needs to transcend their differences to transform our future.

“When we achieve human rights and human dignity for all people – they will build a peaceful, sustainable and just world,” he added, urging humanity – noted in the UN Charter as 'We the Peoples' – to make this vision a reality.