UNDP Bangladesh/Nasif Ahmed
In Bangladesh, an innovative “disaster resilient village” was built in Shymnagar for a coastal village wiped out after Cyclone Aila.
12 October 2017
Climate and Environment

Recent devastating natural events – from hurricanes in the Caribbean to floods in South Asia and earthquakes in Mexico – have again shone a spotlight on the importance of efforts to reduce disaster risk, and how impossible it is to achieve global development goals without addressing such hazards.

“If you look into countries that are exposed to hurricanes and cyclones – for example, those hit by recent dreadful cyclones in the Caribbean – you see the entire GDP, or huge percentage of it, being wiped out,” said Robert Glasser, the United Nations Secretary-General’s Special Representative for Disaster Risk Reduction, in an interview with UN News.

The UN and its Member States have many priority issues, but “there are very few that are as urgent as addressing climate risk and disaster risk,” he added.

Ahead of the International Day for Disaster Reduction, annually observed on 13 October, Mr. Glasser spoke about this year’s campaign objectives, and more broadly about how reducing disaster risk can contribute to the achievement of the Sustainable Development Goals (SDGs), and how climate change adaptation and disaster risk management must go hand in hand.

UN News: The International Day for Disaster Risk Reduction is around the corner. Last year, the Day was about reducing mortality, but this year, the focus is on reducing the number of people affected by the disasters – why is that?

Robert Glasser: We have a major campaign to raise awareness of the increasing costs, including loss of life and economic costs, of disasters. We model our campaign on seven global targets in the Sendai Framework – an international agreement that UN Member States have signed, in which they have committed to reduce disaster risk. Sendai ‘Seven’ Campaign incorporated these seven targets. The first target is about the loss of life. And the second, which we are featuring this year, is about reducing the number of people whose homes and livelihoods are affected. 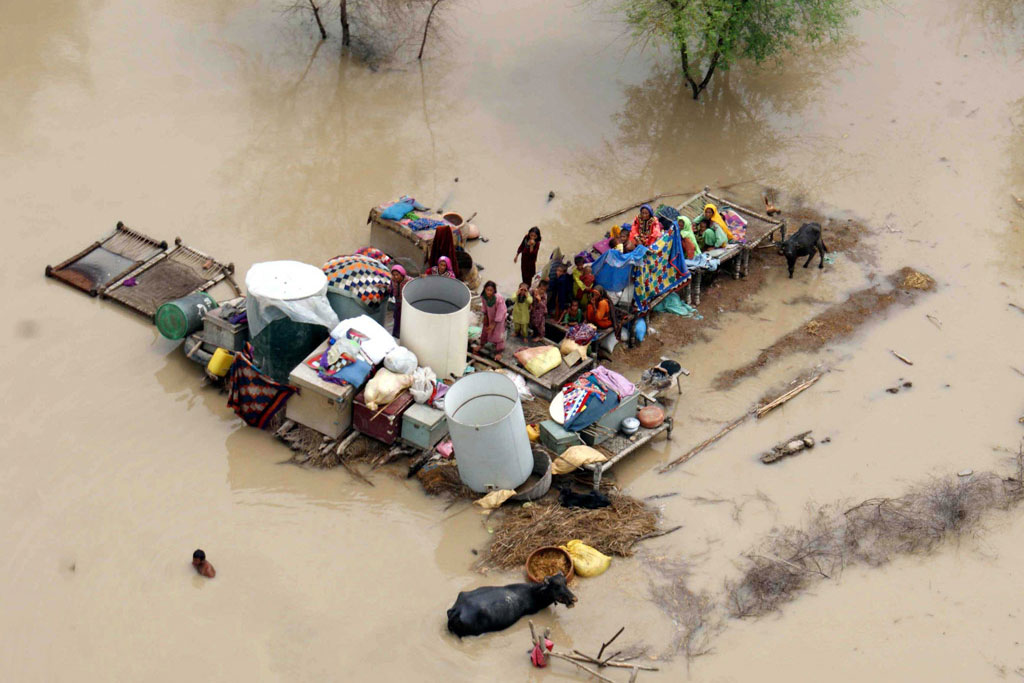 A family along with their cattle and possessions stranded atop small islands formed due to massive floods, Sindh province, Pakistan. Photo: IFAD/EPA/Nadeem Khawer

UN News: What is the status of implementation of the Sendai Framework?

Robert Glasser: Well, this is a remarkable agreement because in it countries have committed to achieving really remarkable goals – reducing significantly loss of life, reducing number of people affected, and reducing the economic impact of disasters. They are committed to do this because they are seeing huge costs – economic, social and environmental costs – of these disasters that are growing rapidly. Each country is exposed to a different range of hazards. They understand the impacts these hazards have on sustainable development. So, this agreement puts in place these seven global targets, and an accountability framework at the global level, for which we can monitor the progress Member States are making as they reduce disaster risk.

UN News: How important is disaster reduction to the achievement of the SDGs?

Robert Glasser: Well, it is hugely important. Let me give you a couple of examples. There are some estimates that the annual cost of disasters is something like $500 billion, and that 26 million people fall into poverty each year as a result of disasters – a lion’s share of the people displaced from natural disasters. If you look into countries that are exposed to hurricanes and cyclones – for example, those hit by recent dreadful cyclones in the Caribbean – you see the entire GDP, or huge percentage of it, being wiped out. The average annual loss from these disasters in some countries equates to something like 60 per cent of their annual social expenditure. 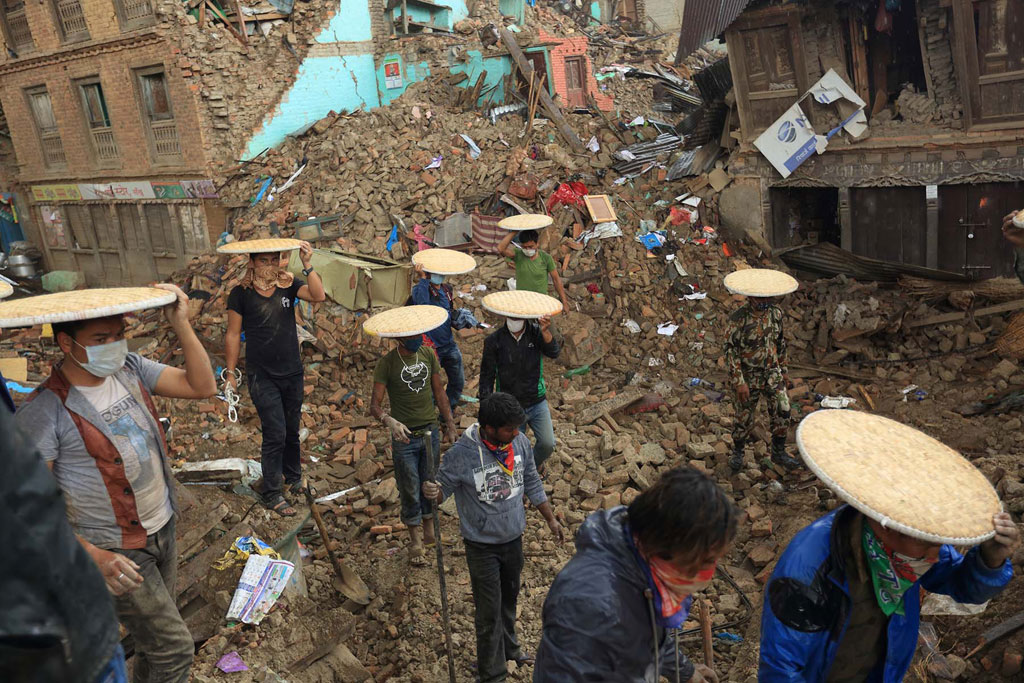 Rescuers at work in Sankhu, a town in north-western Nepal badly affected by the earthquake. Photo: Laxmi Prasad Ngakhusi/UNDP Nepal

So, we put all these costs together and see that they are escalating rapidly, particularly the economic costs. You see that in many, many places, it would be impossible to achieve the SDGs unless we address these disaster risks. And, of course, with climate change, the speed in which these hazards are increasing in severity and frequency is really daunting.

With climate change, the speed in which these hazards are increasing in severity and frequency is really daunting

Robert Glasser: This is such an important issue. Let’s say, the doctor says you have cancer. You go to seek a second opinion, and you were told you have cancer. You go to five, six doctors and they all say you have cancer. At some point, you have to listen to the experts, and this is what has happened with climate change. Those people who doubt that climate change is happening are not doubting it on the basis of any solid scientific consensus. Using multiple ways of demonstrating these lines of evidence, scientists are absolutely convinced that human activity is increasing the average global temperature of the planet. And the connection between rising temperature and natural disasters is very clear and is highlighted also by these scientists.

We would expect changes in the distribution, frequency, and severity of disasters. We have seen sea-level rise and bleaching of coral reefs. That’s a disaster – an economic disaster, a tourism disaster – for many countries. If that continues and reefs still do not recover, it affects fisheries. In the hurricanes we have just seen this year in the Caribbean, we saw how sea-level rise can contribute to storm surges that resulted in much more severe damage in cities in Texas and elsewhere. We’ve seen floods in South Asia. In the Horn of Africa, people say drought only happened every 20 years or so, but now it’s every couple of years, or even consecutive years. 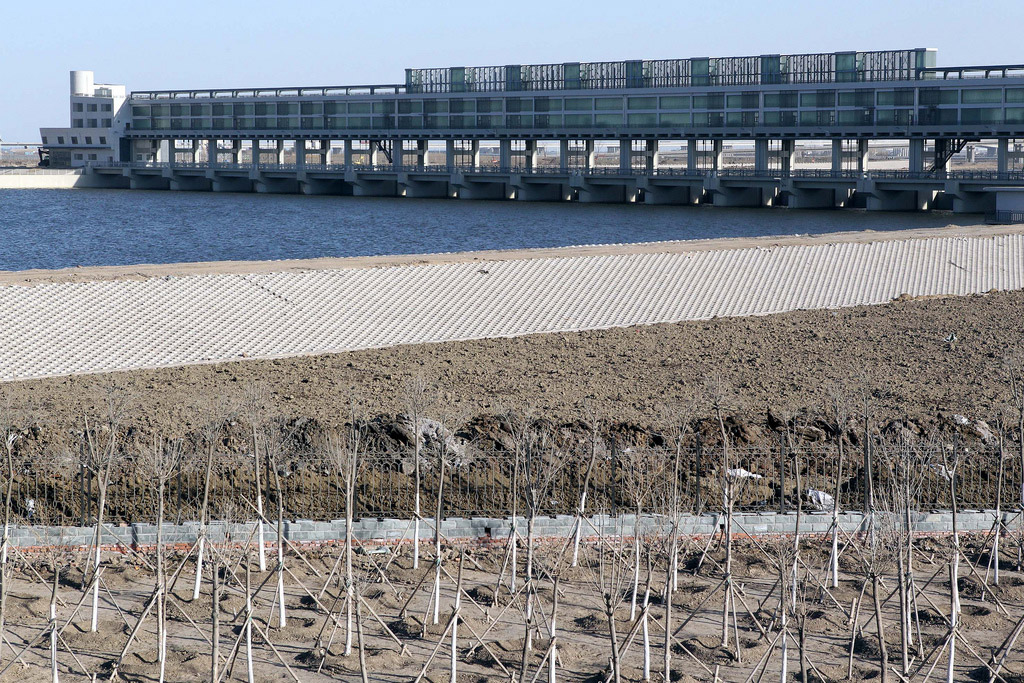 Of course, you can’t scientifically attach any one event directly to climate change, but these are exactly the things the science suggests are going to happen, and happening now. You can also increasingly do statistical analyses that say ‘well, you can’t say that we are 100 per cent certain that this is climate change, but it is 3,000 times more likely to have happened as a result of climate change.’ So, you start seeing one-in-500-years events happening every 200 years, or seeing multiple events like this. The evidence is really becoming overwhelming.

UN News: Many people are alarmed by a recent wave of disasters, such as Hurricanes Harvey, Irma, Jose and Maria, and earthquakes in Mexico. So, there is probably new awareness about the importance of doing something on disaster risk reduction. What should we do?

Robert Glasser: Well, two things. I hope that particularly the climate-related disasters raise people’s awareness about the urgency of action to reduce greenhouse gases. Because, if we do not reduce greenhouse gases, so much of everything else we are trying to do to reduce disaster risk will be overwhelmed by rising seas, stronger storms, droughts and alike. So, that is number one. Second thing is that, it’s a sad thing to say, but we find that if you look back historically, a major disaster also serves as a huge opportunity for countries to begin building back better from the previous disaster, and to begin thinking, ‘okay, we do not want this to happen again.’ There is a lot of political energy for legislation to be enacted, for changes to be put in place in government, for disaster management agencies to be given more authority, or even to be moved into the Prime Minister’s Office – these are the reflection of the central importance of addressing this. You have seen this actually in Mexico. It was an earlier earthquake decades ago that actually triggered the formulation of the current National Disaster Management Office that is now putting in place a lot of measures – first of all, responding to this disaster, the recent earthquake, but also to prevent future disasters. 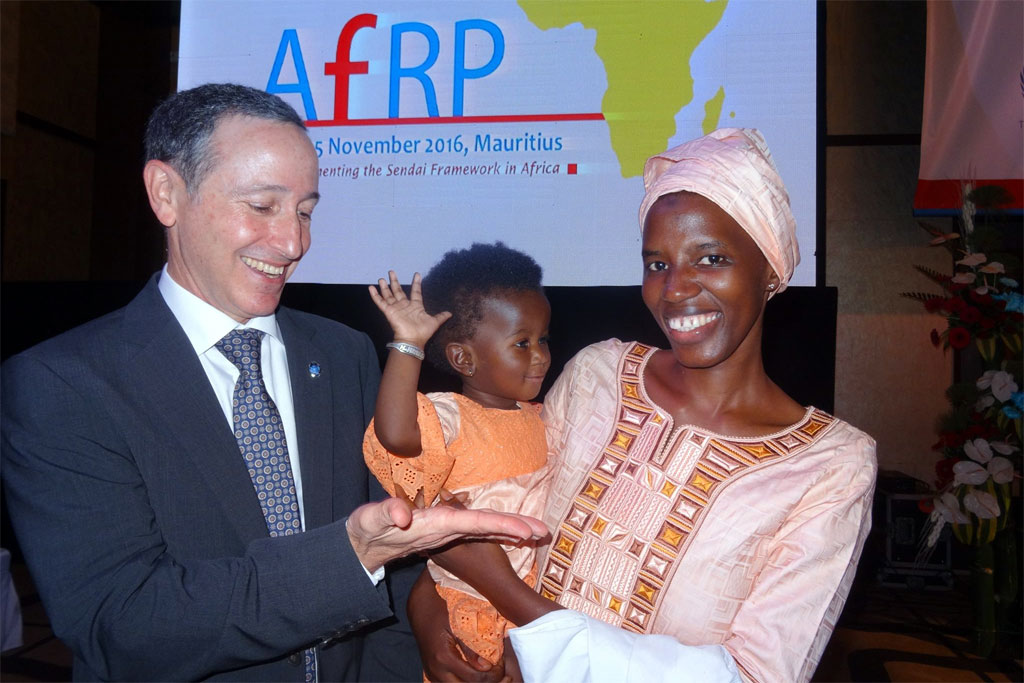 UN News: What is the role of the UN Office for Disaster Risk Reduction, and more broadly the UN system, in disaster risk reduction?

Robert Glasser: I am so grateful to so many of my colleagues and agencies in the UN that are working on various aspects of reducing disaster risk – starting with climate change and the huge efforts that Patricia Espinosa and the UNFCCC [UN Framework Convention on Climate Change] is working on; Petteri Taalas at WMO [World Meteorological Organization] and the amazing scientists there that are working on early warning systems, multi-hazard warning systems. UNISDR has great collaboration with WMO and the World Bank to do that.

Virtually, every organization in the whole UN system – including the UN Development Programme (UNDP), which is increasingly playing an important role in these areas, and the economic commissions – is really increasingly focused on addressing these risks, embedding risk in the Sustainable Development Goals, which is our overall framework for development and for all the work we are trying to do now. Of course, there is a lot of work to do. There are huge gaps, and we have the UN reform that hopefully will help us become even more strategic in targeting how we address these challenges. So, I am very grateful to my UN colleagues for the impact they are having on this important problem. 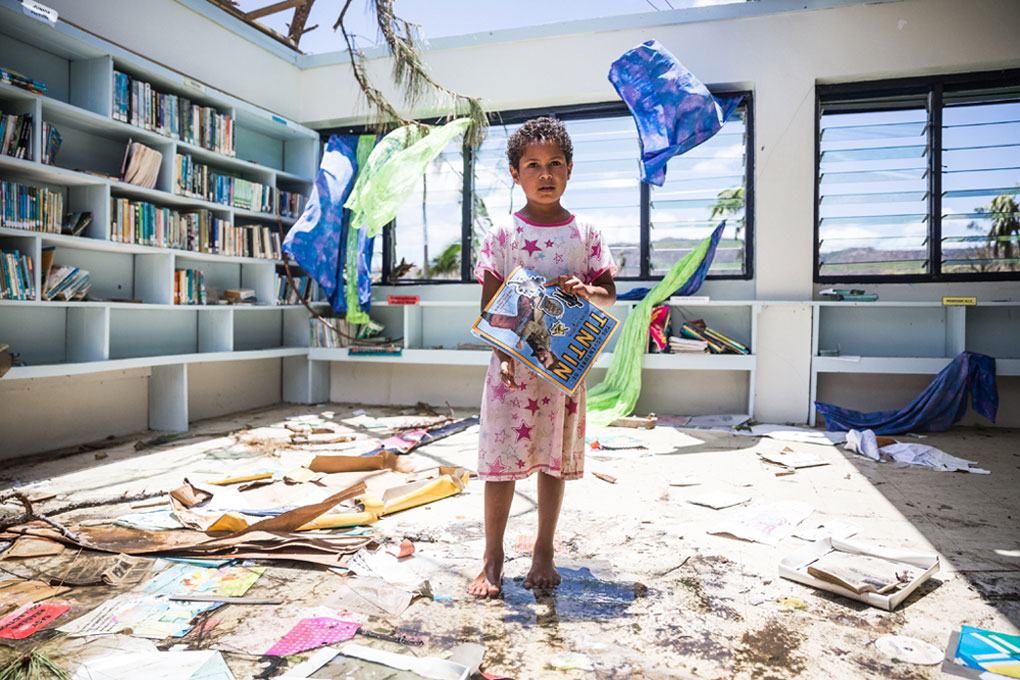 UN News: What are your priorities for the remainder of this year?

Robert Glasser: Getting back to your original question about the link between the Sendai Framework and SDGs, one priority is to build the integration the SDGs call for – the coherence of our approach. To give you one example, we have, in many countries I visited, the environment ministry creating a climate adaptation plan, the disaster management agency producing a disaster management plan, but they do not come together even through probably 70 per cent of the disasters in the disaster management plan are climate-related. So, helping countries integrate two critical frameworks – Paris [Agreement] and Sendai Framework – in the context of their economic planning by embedding risk, by ensuring that they are not investing or building hospitals in flood zones, for example, is hugely important.

Something like $100 trillion is invested in infrastructure, including the Belt and Road Initiative in China. If all of these initiatives are resulting in infrastructure that produces more greenhouse gas, and is vulnerable to climate risk and disaster risk more broadly, then we will never achieve the Sendai Framework, let alone the SDGs. That would be a huge waste of money that could be spent on fighting poverty, on a whole range of other social benefits.

VIDEO: The 2017 International Day for Disaster Reduction focuses on reducing the number of people affected by disasters by 2030.

UN News: Anything to add?

Robert Glasser: There are many priorities in the UN system and Member States have many priority issues, [but] there are very few that are as urgent as addressing climate risk and disaster risk more broadly. They have a huge impact on people’s lives, taking people’s lives, and on wasting money that should be spent on more productive things.