'EmPOWER' girls before, during and after crises, UN says on International Day of the Girl Child

“Because of entrenched gender inequalities, disasters and conflict can make a bad situation even worse for girls,” said UNFPA Executive Director Dr. Natalia Kanem, in a statement marking the International Day, which this year is on the theme, 'EmPOWER Girls: Before, during and after crises.'

“They and their families, struggling to survive, are left with few choices, leaving girls even more vulnerable to child marriage, sexual- and gender-based violence, including trafficking, rape and sexual slavery,” she added.

According to the Organization's main entity on gender issues, UN Women, due to growing conflict, instability and inequality in 2017, 128.6 million people are expected to need humanitarian assistance, and more than three-quarters of those forced to flee are women and children.

“No society will flourish and no peace agreement will be lasting without empowering girls in peacebuilding and reconstruction,” said Irina Bokova, Director-General of the UN Educational, Scientific and Cultural Organization (UNESCO). “It is time to put this imperative at the heart of all of our efforts in addressing fragility, conflict and violence.”

Our special photo story on the International Day examines the challenges girls face during emergencies and highlights the critical role they play in building a better future for themselves and their communities. 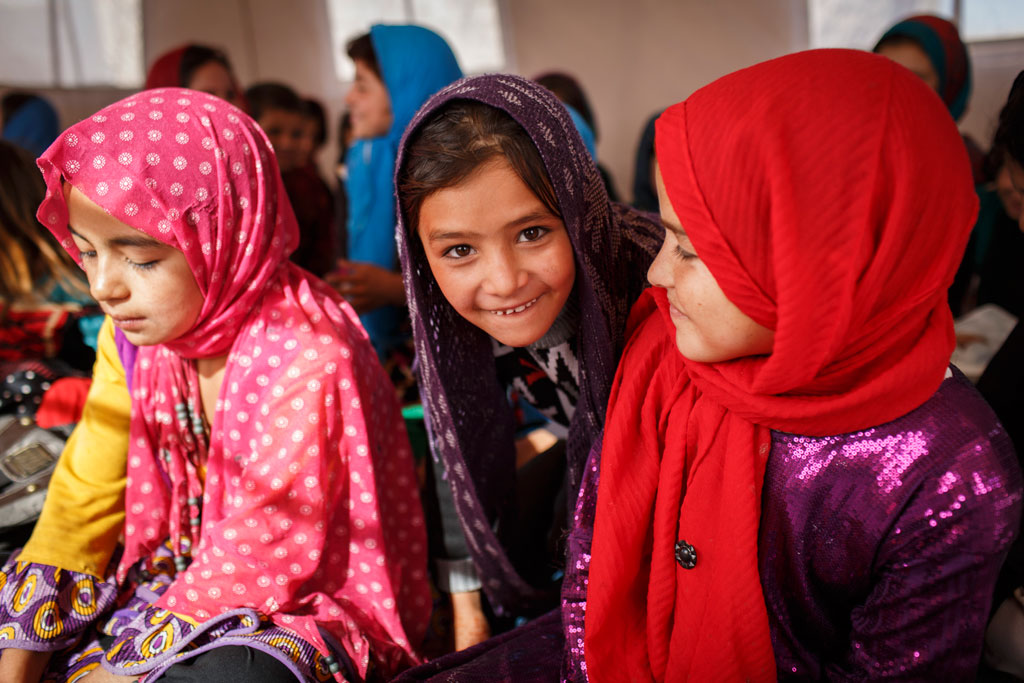 Since 2012, the UN has observed 11 October as the International Day of the Girl Child to highlight and address the challenges girls face, while promoting their empowerment and the fulfilment of their human rights. The internally displaced girls photographed here are sitting in a UNICEF school tent in Police Rah informal settlement near Herat city, Afghanistan. Credit: UNHCR/Jim Huylebroek 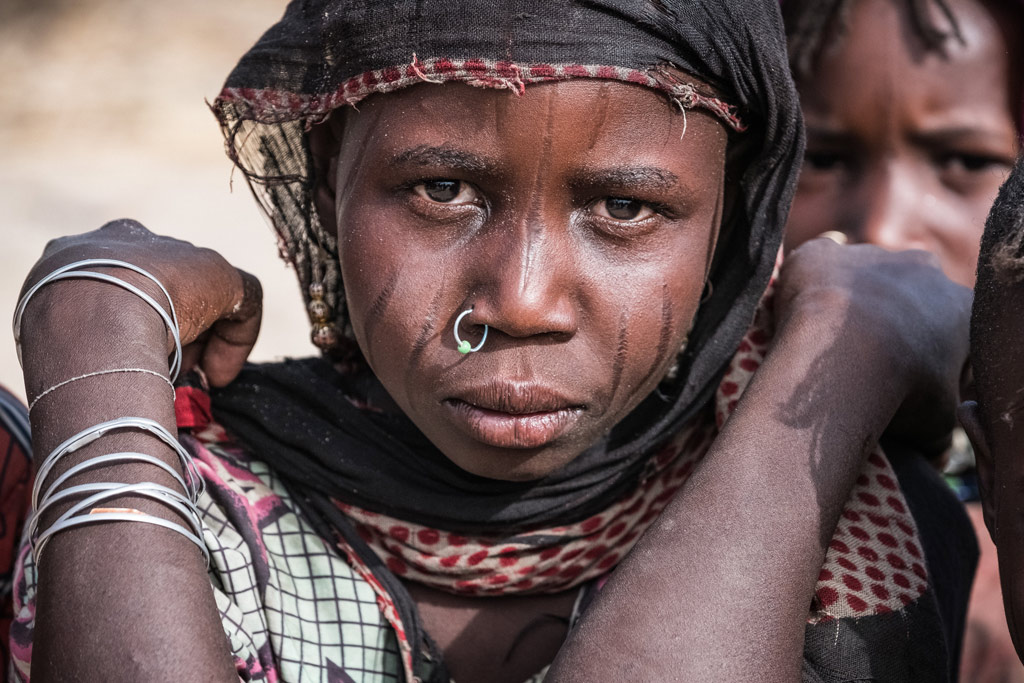 In her message, Irina Bokova, the Director-General of the UN Educational, Scientific and Cultural Organization, noted that this year’s observance of the Day comes during turbulent times, with the world facing the rising challenges of forced displacement, climate change and violent extremism. The girl pictured here was driven from her home in Chad, along with her family, by Boko Haram militants. Photo: UNICEF/Sokhin 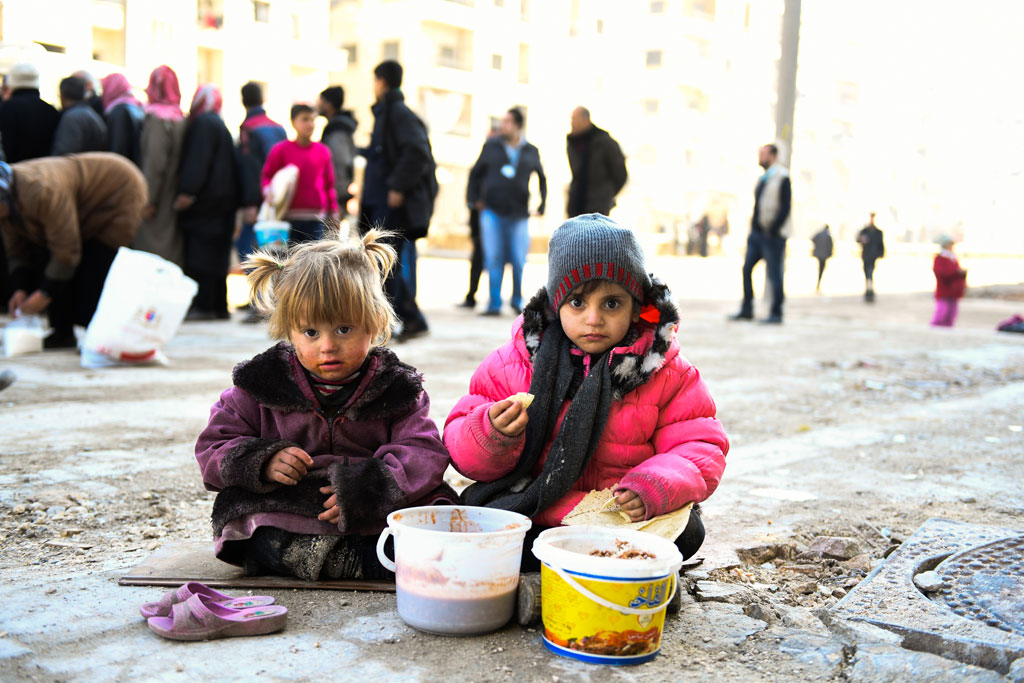 This year’s them aims to spur global attention and action to the challenges and opportunities girls face before, during, and after crises. Together, women and girls account for more than 75 per cent of the refugees and displaced persons at risk from war, famine, persecution and natural disaster. The girls pictured here are in Syria’s Tariq Al-Bab neighbourhood, where UN agencies are distributing relief items. Photo: UNHCR/Bassam Diab 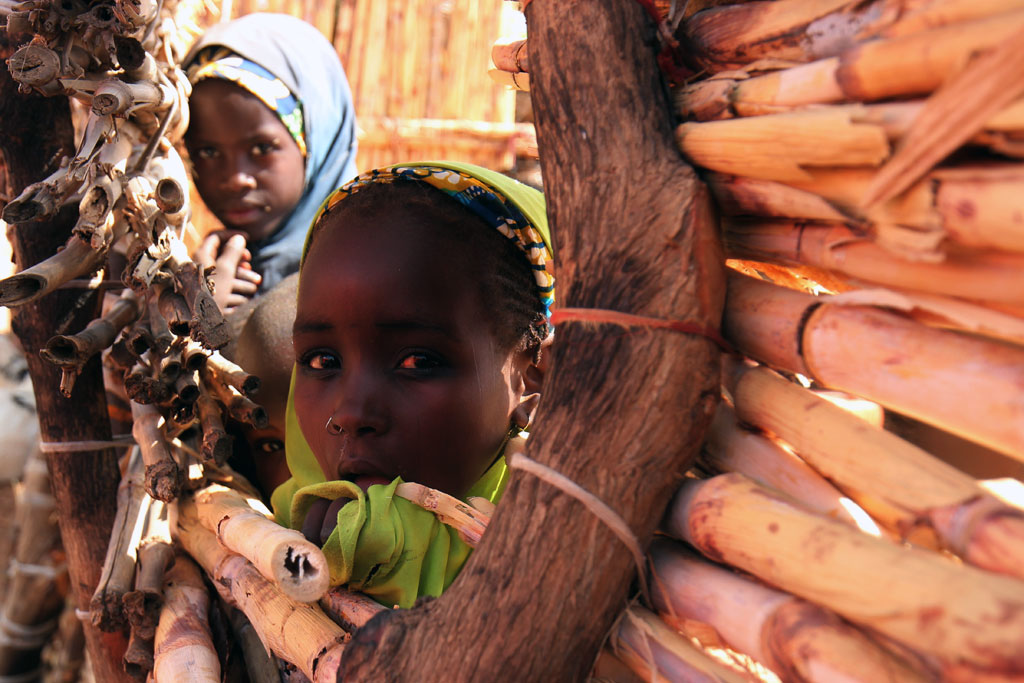 Women and girls are also vulnerable to sexual abuse and exploitation, during conflicts and in refugee camps. The two girls peering through a reed fence were photographed at a site for displaced people in Damaturu, Nigeria. Photo: OCHA/Otto Bakano 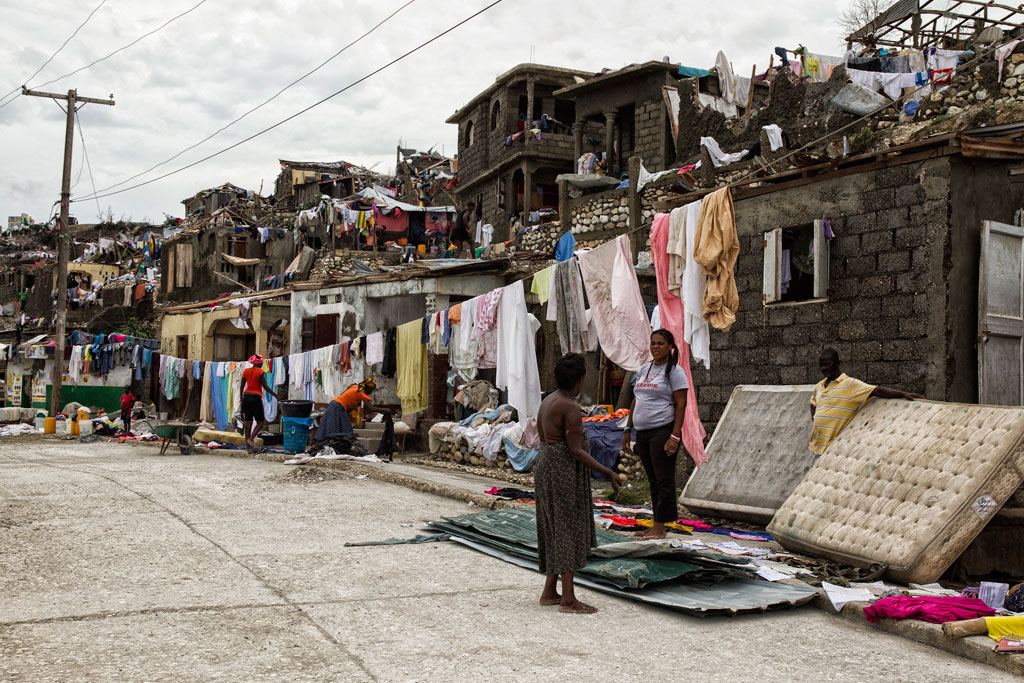 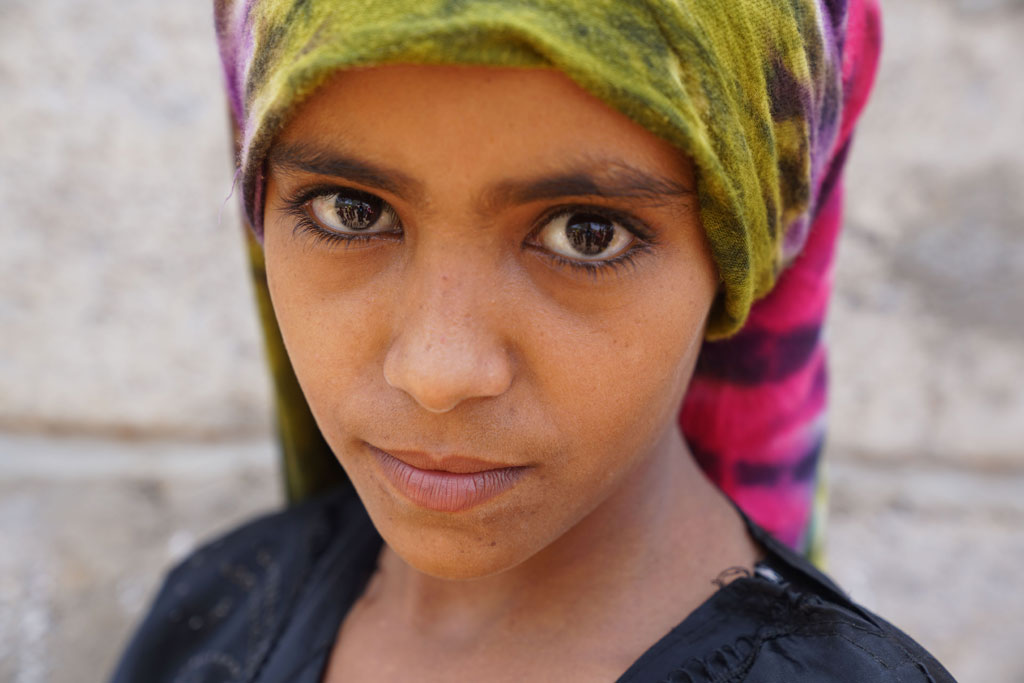 They and their families are left with few choices, leaving girls even more vulnerable to child marriage, trafficking, rape and sexual slavery. The girl seen here is from Yemen, where incidents of gender-based violence have increased by more than 63 per cent since the conflict escalated, according to UNFPA. Photo: Giles Clarke/OCHA 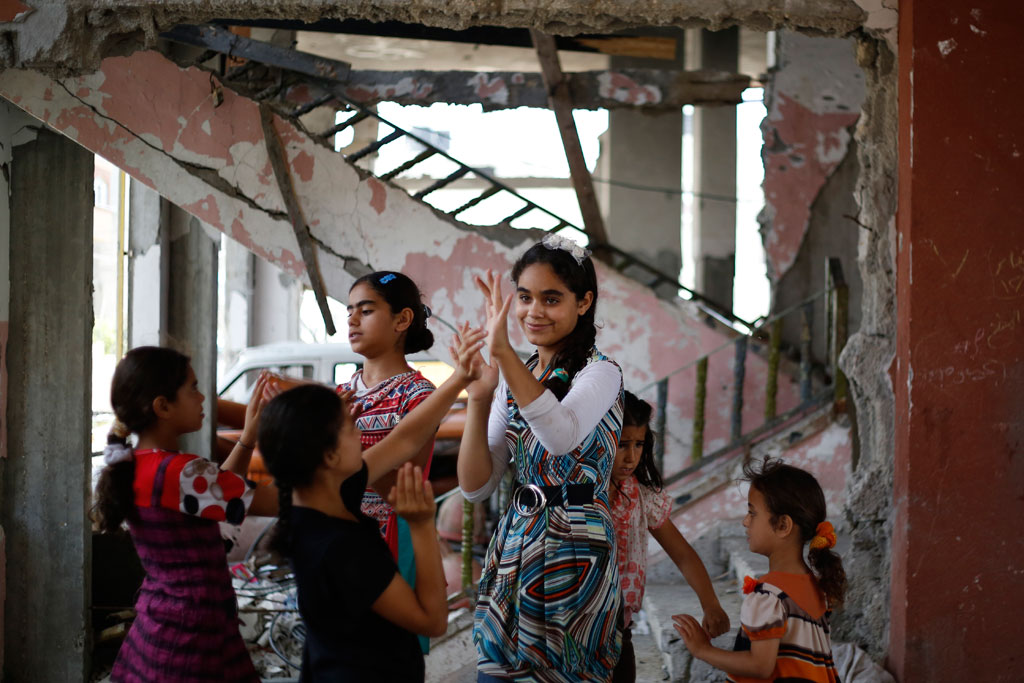 Despite the challenges, many girls manage to play a critical role in their homes and communities, even in crises, where they are often the first responders who care for their families. Protecting and promoting their rights, health, and well-being is therefore an essential element of crisis preparedness, effective response and recovery, UNFPA stresses. The girls above play on the ground floor of a partially destroyed home in Gaza city. Photo: UNICEF 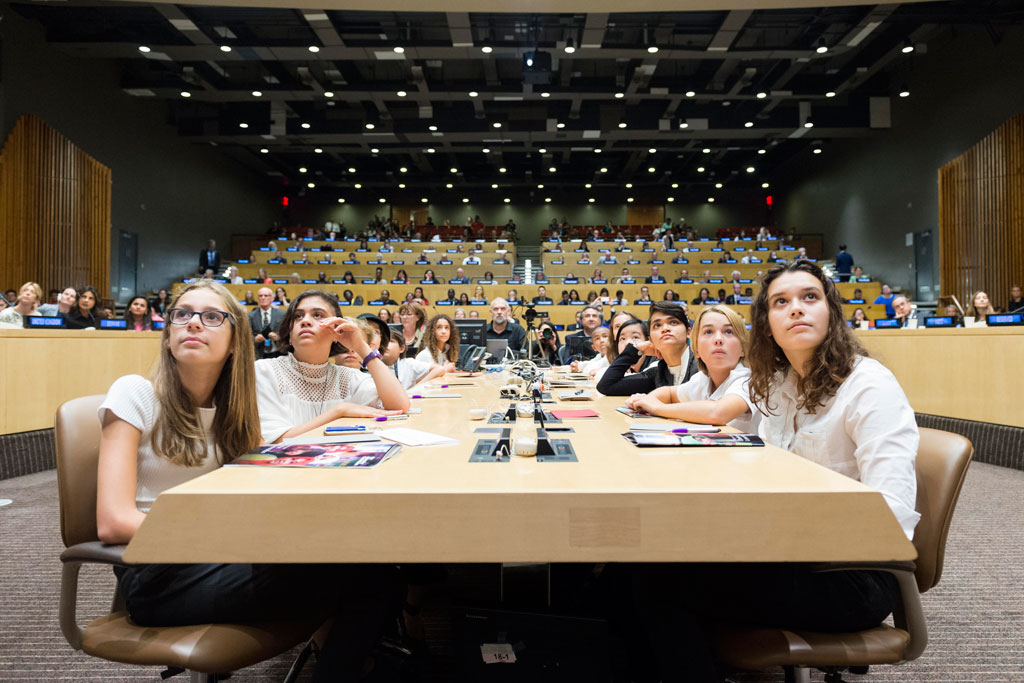 UNFPA supports the development of more inclusive health, education, and empowerment programmes that are age- and gender-responsive, often girl-led, and enhance the voices of girls at the community level. The girl students pictured here are attending a conference on ‘Financing the Future: Education 2030’ at the UN in New York. UN Photo/Rick Bajornas 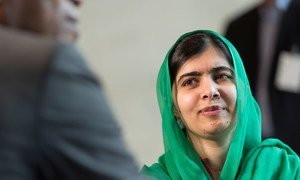 In September, the Malala Fund started the Gulmakai Network to support the work of education champions in developing countries and speed up progress towards girls’ secondary education around the world.

The 20-year-old, who will be attending Oxford University, spoke to UN News about the need to increase investment in education, the importance of allowing girls to be who they want to be, and when it was that she discovered the power of her own voice and the purpose for her life.