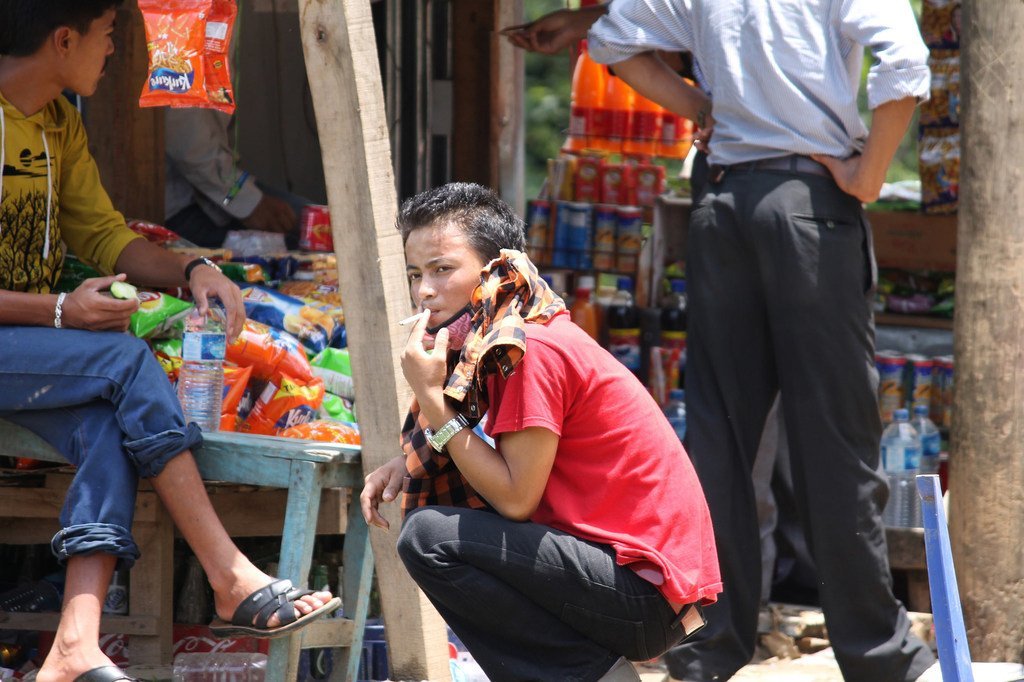 World Bank/Aisha Faquir
A man smokes a cigarette at a road side rest stop in rural Nepal.
10 October 2017
Health

The United Nations health agency today announced the establishment of a high-level global commission on noncommunicable diseases (NCDs) to identify innovative ways to curb the world’s biggest causes of death and extend life expectancy for millions of people.

“We urgently need new approaches and action on a dramatically different scale if we are to stop people dying unnecessarily from noncommunicable diseases,” said Tedros Adhanom Ghebreyesus, Director-General of the World Health Organization (WHO), in a statement.

“I am committed to engaging the very best people in the world to address our health challenges,” he added.

The commission will be chaired by Sania Nishtar, a prominent global advocate for action against noncommunicable diseases, former Federal Minister of the Government of Pakistan and civil society leader. She has also previously served as co-chair of the WHO Commission on Ending Childhood Obesity.

NCDs – including cardiovascular disease, cancers, diabetes and respiratory disease, as well as suffering from mental health issues and the impacts of violence and injuries – kill about 40 million people globally each year, accounting for 70 per cent of all deaths.

About 15 million of those deaths are in people between the ages of 30 and 69. Low- and middle-income countries account for more than 80 per cent of all deaths from NCDs. Violence and injuries take an overwhelming toll on young people, particularly boys.

In 2015, world leaders committed to reduce premature deaths from the diseases by one third by 2030 as part of the Sustainable Development Goals. Recent WHO reports indicate that the world will struggle to meet that target.

Later this month, ministers and other health leaders from around the world will review progress on this target at the WHO Global Conference on Noncommunicable Diseases in Montevideo, Uruguay.

Governments and other stakeholders will meet again at the third United Nations High-level meeting on noncommunicable diseases in 2018.