“The normalization of emergency powers has grave consequences for the integrity of rights protection in France, both within and beyond the context of counter-terrorism,” said the Special Rapporteur on the protection of human rights in the context of countering terrorism, Fionnuala Ní Aoláin, today in a statement calling on France to honour its international human rights commitments and obligations while debating the new draft law.

The draft law “to Strengthen Internal Security and the Fight Against Terrorism” was approved by the Senate on 18 July and is currently being debated by the National Assembly.

On 22 September in a letter to the French Government, Ms. Ní Aoláin drew attention to several provisions of the draft that may adversely impact people’s rights to liberty and security as well as freedoms of movement, peaceful assembly, expression and religion.

Echoing these concerns, the Special Rapporteur on human rights defenders, Michel Forst, reiterated his fear that, if adopted, the law would impair rights to liberty, security, freedom of assembly, freedom of religion and others.

“As France is strengthening its fight against terrorism, the draft bill includes a number of security measures, which will incorporate into ordinary law several restrictions on civil liberties currently in place under France’s state of emergency,” Ms. Ní Aoláin pointed out.

The two UN experts expressed concern about the vague wording in certain provisions of the draft bill – particularly the definitions of terrorism and threats to national security – that gives the authorities powers that may be used in an arbitrary manner and non-judicial officers – specifically prefects and police officers – broad discretion and a wider scope for control practices, which may have discriminatory repercussions for French residents, particularly Muslim. 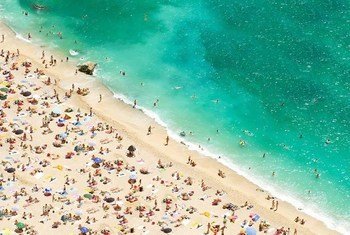 30 August 2016
The United Nations human rights office today welcomed last Friday’s decision by France’s highest administrative court to suspend the ban on “inappropriate” beachwear, which was adopted by a seaside town and had been widely interpreted as targeting the burkini and other forms of dress worn by Muslim women.