Drawing on good practice from around the world, the top United Nation human rights official today launched an unprecedented set of global standards to support the business community in tackling discrimination against lesbian, gay, bi, trans and intersex people (LGBTI).

Mr. Zeid called on the private sector to play its part in promoting LGBTI inclusion in the workplace and beyond.

“The decisions that companies take – whether in respect of human resources, investment, supply chains, even marketing – can have a real and, in some cases, profound impact on human rights,” he told the audience.

The new standards set out actions for companies to protect the rights of LGBTI employees, such as eliminating workplace discrimination; making sure business operations do not contribute to discrimination against customers, suppliers or members of the public; and working with business partners to address discriminatory practices up and down the supply chain.

They also encourage companies to stand up for the rights of LGBTI people in the countries where they operate – including through advocacy and support for local organizations.

“There is growing evidence that, besides being the right thing to do, standing up for equal rights for LGBTI people is also in the private sector’s commercial interest,” the High Commissioner noted, adding: “Excluding any group slows us all down. Eliminating discrimination is the key to unlocking talent and maximizing productivity.”

The product of a year-long process of consultations facilitated by the UN Human Rights Office and the Institute for Human Rights and Business, including regional meetings with leading business representatives in Asia, Africa, Europe and the Americas, Accenture, Baker McKenzie, BNP Paribas, The Coca-Cola Company, Deutsche Bank, EDF, EY, Gap Inc., Godrej, IKEA Group, Microsoft, Oath, Orange, SAP, and Spotify are among the supporting companies.

In the coming months, the standards will be presented at launch events globally, including in Mumbai on 12 October, London on 30 October, Hong Kong on 14 November, Geneva on 29 November and Melbourne in 5 December. 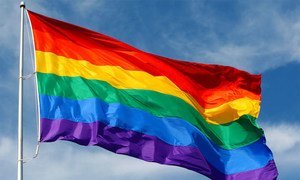