UN Photo/Nektarios Markogiannis
Some 17,000 people who fled to a UN protection of Civilians site in Wau, South Sudan following recent violence, have access to water, and are putting up basic structures to shield from the hot sun.
26 September 2017

A window of opportunity for compromise over the 2015 peace agreement by warring parties in South Sudan is narrow, the United Nations envoy for the country said today, stressing the urgency to find a political solution and for international support to the process.

“The parties have shown little interest in engaging in serious negotiations on the way forward, despite the various initiatives aimed at finding a political solution to the conflict,” David Shearer, the Secretary-General’s Special Representative for South Sudan, told the Security Council.

With only a few months remaining in the transitional period stipulated under the peace agreement, external momentum to support peace is not keeping pace with developments in the country, he added.

He urged the international community to show a unity of purpose to support an implementable peace process that leads to credible elections in due course, but only after a period of transition marked by inclusivity and stability.

Political mediation through the high-level revitalization forum of the Intergovernmental Authority for Development (IGAD) must be the central conflict resolution strategy, he said.

On the humanitarian situation, Mr. Shearer said the total number of people in need of aid in the country has risen to 7.6 million, citing UN agencies assessment.

The number of people displaced in South Sudan rose to nearly four million during the first half of this year, with two million of them having fled to neighbouring countries – Uganda, Sudan, Ethiopia, Kenya and the Democratic Republic of the Congo.

Within the national border, some places, such as parts of the Greater Upper Nile region, parts of the Equatorias, and areas south and west of Wau, are inaccessible due to the ongoing government military operations against the SPLA in Opposition.

The splintering of opposition forces also has a negative consequence for humanitarian efforts. For example, the World Food Programme’s regular convoys to Yambio – two days’ travel from the capital, Juba – now requires 13 separate permissions from armed groups along its route, he said.

Increasingly, civilians and aid convoys are being targeted along major roadways. This year, 18 aid workers have been killed in South Sudan.

Mr. Shearer, also the head of the UN Mission in South Sudan, said the Mission will soon open a permanent presence in Yei and reinforce presence in Torit and Yambio to deter violence and human rights abuses, and build confidence for people to be able to safely return to their homes.

The small Melut protection site in the country’s north is closing in coming weeks as people there want to return to their homes, he said. Further downsizing of protection sites in Wau and possibly even Bor are also being considered.

But ultimately, this movement critically depends on how the government and opposition forces behave, he said. Where those forces continue to prey on civilians, the POC sites will remain a necessary refuge, he added.

The deployment of the UN-mandated Regional Protection Force will enable peacekeepers to extend their reach into areas most in need. This includes establishing a permanent presence in Yei, and reinforcing troops in Torit and Yambio in the Equatorias to deter violence and human rights abuses and build confidence among local communities, Mr. Shearer said. 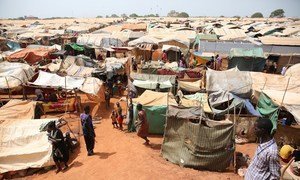 A senior United Nations peacekeeping official today called on the leaders of South Sudan to show genuine political will to achieve sustainable peace in the strife-riven country, stressing that those whose long-time rivalry sparked the ongoing conflict can be the ones to resolve it.