During our difficult times, ‘we knew we had friends,’ says Gambian President Barrow 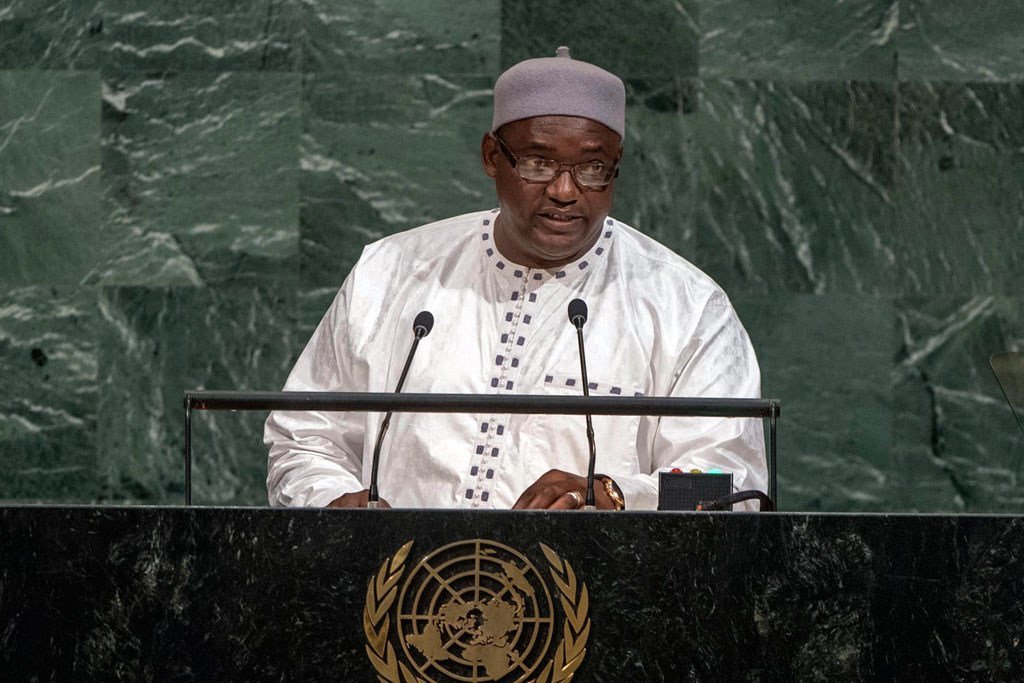 Noting that the recent political crisis in Gambia had been a lesson that his compatriots will not easily forget, the Adama Barrow, the country’s President underscored that Gambians made an irreversible choice to close a “dark chapter” in their history and embarked on a national agenda of reform and transformation.

“During those difficult times, we knew we had friends, ones who came to our aid and who have

since kept faith with us,” the President said, thanking Economic Community of West African States (ECOWAS) for their timely and firm intervention to bring peace to his country.

“Thanks to your collective efforts, the Gambia is now on a solid path to peace and good

governance, and ready to take over our traditional role among the champions of human rights

and democracy,” he added.

He also announced that the country was in the process of re-joining the Commonwealth as well as the International Criminal Court.

“Although the Gambia did not go through armed conflict […] we were on the brink of political violence and armed conflict,” he expressed, thanking the United Nations in West Africa, the UN Peace Building Commission and the Peace Building Support Office for the important support they rendered to the country.

Concluding his remarks, President Barrow noted that given the range of its functions, the UN would always require some level of reform of its management systems.

“As you embark on your proposed reforms, we stand ready to give you our full support in the interest of an effective and more relevant world body,” he said, adding also the need for Security Council reform.

♦ Receive daily updates directly in your inbox - Subscribe here to a topic.
♦ Download the UN News app for your iOS or Android devices.
General Assembly|Gambia

No country can solve its challenges ‘in isolation,’ Gambia President tells UN Assembly

Global leaders gathering at United Nations Headquarters in New York this week for the annual round of top-level diplomatic talks known as the general debate will shine a spotlight on the needs of the world’s people, with discussions on vital issues such as sustainable development and climate change, and set the stage for what the President of the UN General Assembly has dubbed a “year of firsts.”