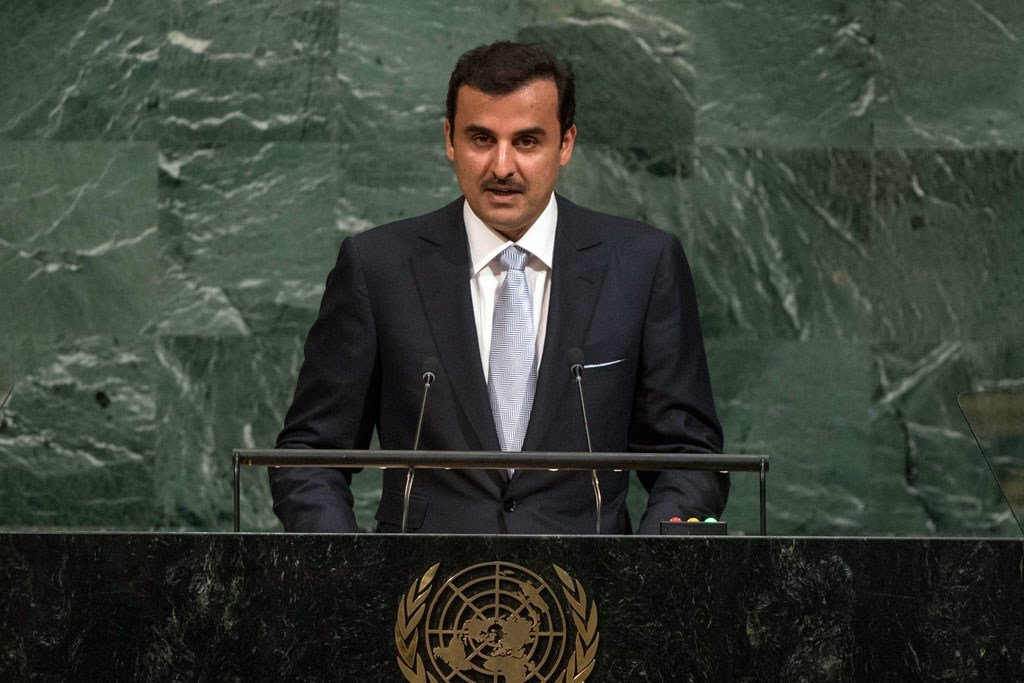 Underscoring that extremism and terrorism remain the most serious challenges confronting the world, the Amir of Qatar called on leaders to take concerted action against terrorist organizations and their extremist ideologies to maintain global security and stability.

“The Governments of the world have no choice but to cooperate in the security confrontation with terrorism, but halting the initiation of terrorism and extremism could be achieved by addressing its social, political and cultural root causes,” Sheikh Tamim bin Hamad Al Thani, the Amir of the State of Qatar, said today at the general debate at the 72nd session of the General Assembly.

He, however, cautioned that the fight against terrorism must not be linked with any particular religion or society. “While reaffirming our condemnation of all forms of extremism and terrorism, we reject tackling this phenomenon with double standards according to the identity of the perpetrators, or by linking it with any particular religion, race, civilization, culture or society,” he added.

In his remarks, the Amir of Qatar also spoke against a blockade imposed on his country as well as against the demands made on it.

“The countries who imposed the unjust blockade on Qatar have intervened in the internal affairs of the State by putting pressure on its citizens through foodstuffs, medicine and ripping off consanguineous relations to force them change their political affiliation to destabilize a sovereign country,” he said.

Recalling his country’s engagement and contributions for humanitarian assistance under UN frameworks, the Amir stressed that Qatar will continue to provide support to alleviate humanitarian suffering, in particular among the affected Syrian communities, the Amir urged for a political solution to the conflict in that country.

Concluding his address, the Amir of Qatar reiterated that the nation continue to work to strengthen the UN and that Qatar will remain, as is always the case, a safe haven for the oppressed, and will continue its mediation efforts to find just solutions in conflict zones.

♦ Receive daily updates directly in your inbox - Subscribe here to a topic.
♦ Download the UN News app for your iOS or Android devices.
General Assembly|qatar