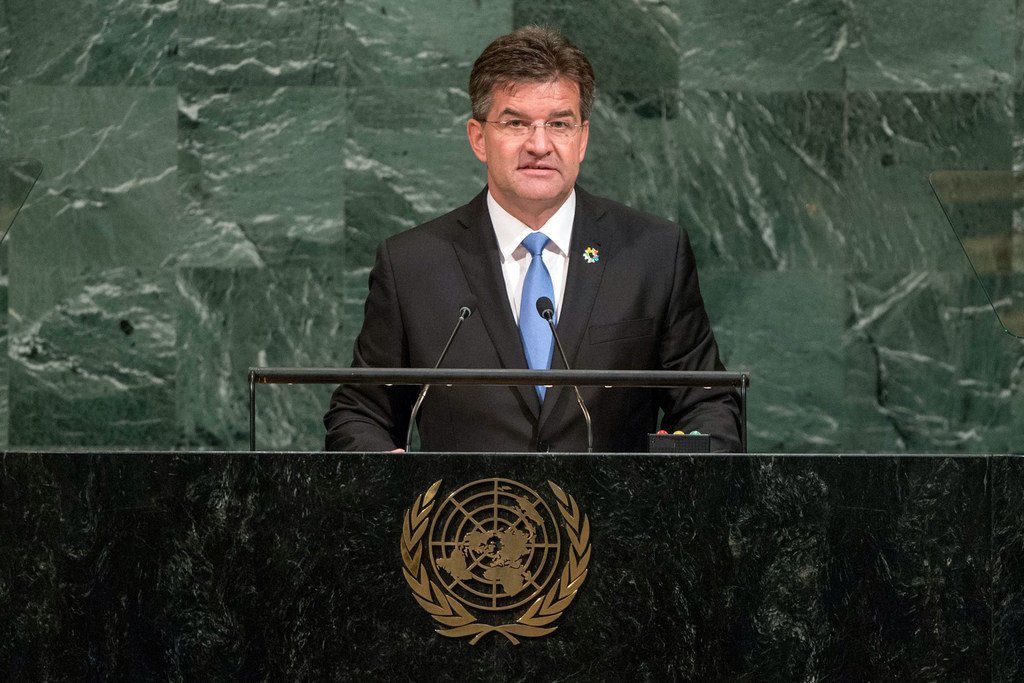 “We are spending too much time and money reacting to conflicts, and not enough on preventing them,” Miroslav Lajčák told more than 120 world leaders gathered in General Assembly Hall in New York.

He called for integrating prevention with development and human rights work, and reviewing how UN does its peace operations and counterterrorism work.

“When people can live decent lives – when rights are respected – when rule of law is present in everyday life – it is harder to turn societies to conflict,” he said.

The Assembly President told the audience that the UN was not made for them, but for people.

“We know that many people have become disillusioned. Countless others around the world, however, have high hopes for us. They see the UN's blue flag as a first sign of safety and the beginning of change,” Mr. Lajčák said.

He noted that the 193 members of the UN General Assembly will face one of its biggest test with the process of adopting the first Global Compact for Migration at a time when world leaders have varying opinions on the phenomenon.

“We cannot turn this into an exercise of bureaucracy. We cannot be left with an agreement that works only on paper,” he stressed.

Lack of accountability and follow through also potentially plague work to counter international terrorism, and following up on violations of international humanitarian law.

In his first speech to the high-level debate as President of the General Assembly, Mr. Lajčák also called on the international community to keep its promises to curb poverty and protect the environment by following through with commitments made in the 2030 Agenda for Sustainable Development and the Paris Agreement on climate change.

“I see the priority clusters of 'peace and prevention,' 'people and planet and prosperity as three sides of a triangle. They might not all be the same length, or the same width, but one is as important as the other,” he said.

Closing the address, Mr. Lajčák urged world leaders to change the way they work on a daily basis and engage in real dialogue, not a succession of monologues: “We cannot fall for an end to business as usual – and then continue to do business as usual.”

If we are looking for a change in how the UN operates around the world, we should start here in New York.”

Global leaders gathering at United Nations Headquarters in New York this week for the annual round of top-level diplomatic talks known as the general debate will shine a spotlight on the needs of the world’s people, with discussions on vital issues such as sustainable development and climate change, and set the stage for what the President of the UN General Assembly has dubbed a “year of firsts.”