OCHA/Naomi Frerotte
In Kolula, South Kivu, DR of Congo, returnee children stand in line before the start of classes. Armed conflict in their village forced the whole population to flee and hide in the forest for several weeks (May 2014).
12 September 2017

Over 3.5 million refugee children did not have the chance to attend school in the last academic year, according to a report published today by the United Nations refugee agency, which is calling for education to be a vital component of humanitarian response.

“Left Behind: Refugee Education in Crisis” found that there are 6.4 million refugees of school age – between five and 17 – among the 17.2 million refugees under the mandate of the Office of the UN High Commissioner for Refugees (UNHCR).

“The education of these young people is crucial to the peaceful and sustainable development of the countries that have welcomed them, and to their homes when they are able to return,” High Commissioner Filippo Grandi said in a news release

“Yet compared to other children and adolescents around the world, the gap in opportunity for refugees is growing ever wider.”

Globally, 91 per cent of children attend primary school, according to UNHCR. For refugees, that figure is far lower at only 61 per cent – and in low-income countries it is less than 50 per cent.

As refugee children get older, the obstacles only increase: just 23 per cent of refugee adolescents are enrolled in secondary school, compared to 84 per cent globally. In low-income countries, which host 28 per cent of the world’s refugees, the number in secondary education is disturbingly low, at a mere 9 per cent.

As for tertiary education, UNHCR noted that the picture is just as grim. Across the world, enrolment in tertiary education stands at 36 per cent, up 2 percentage points from the previous year. For refugees, despite big improvements in overall numbers thanks to investment in scholarships and other programmes, the percentage remains stuck at 1 per cent.

“Ensuring that refugees have equitable access to quality education is a shared responsibility,” Mr. Grandi stated. “It is time for all of us to put words into actions.” 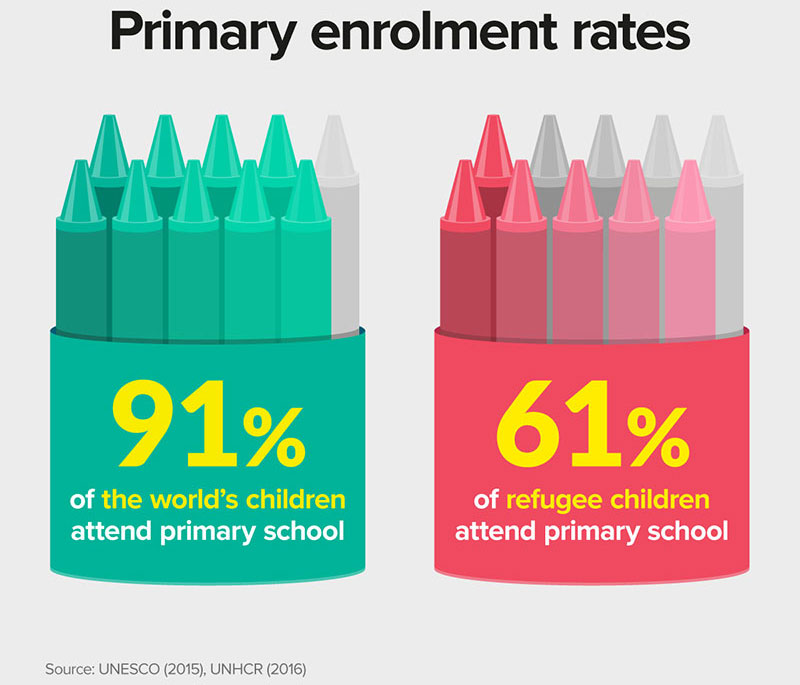 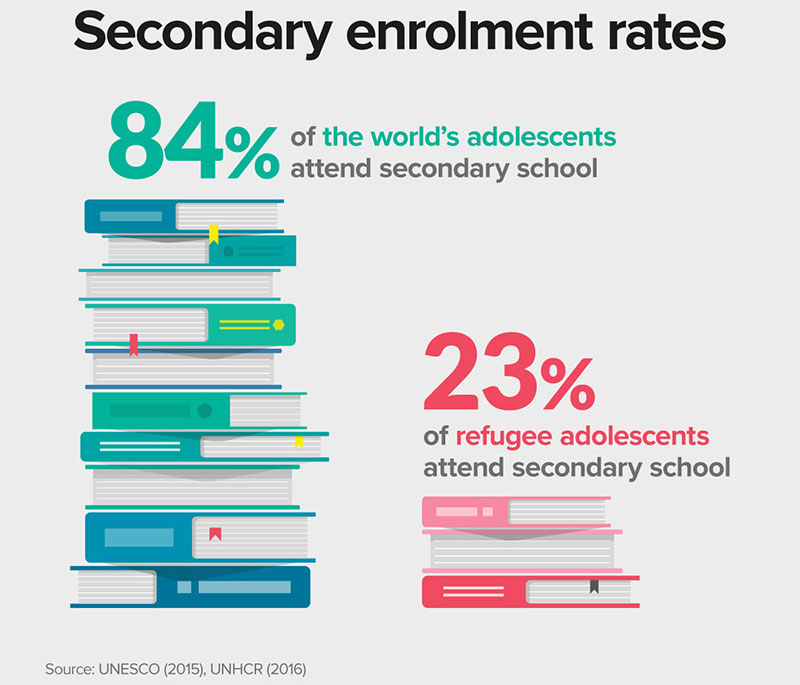 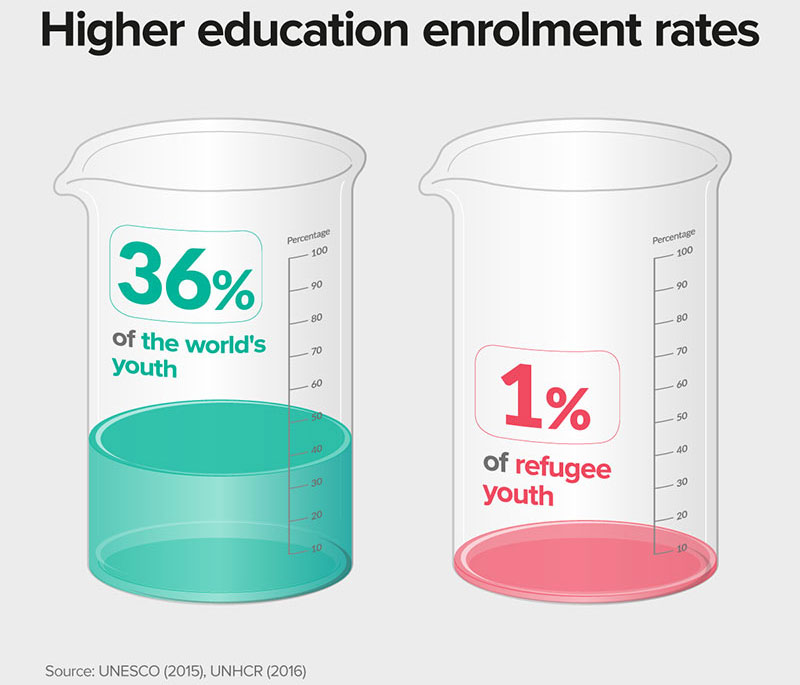 ♦ Receive daily updates directly in your inbox - Subscribe here to a topic.
♦ Download the UN News app for your iOS or Android devices.
refugee|education

Some 9.2 million children living in emergency countries will miss out on schooling unless the international community contributes an additional $820 million, the United Nations Children's Fund (UNICEF) warned at the start of today's G20 summit.