UN and partners aiding ‘unprecedented’ flow of refugees from Myanmar

The flow of desperate Rohingya fleeing across the border from Myanmar into Bangladesh is unprecedented in terms of volume and speed, United Nations humanitarian agencies said today, amid calls for international support for the emergency response.

About 370,000 people have crossed the Bangladeshi border in the last two and a half weeks, according to the UN’s International Organization for Migration (IOM).

“UN agencies and the Government were expecting the possibility that as many as 100,000 more people could come across when there were already 600,000 Rohingyas in Bangladesh. But I don’t think anyone expected a mass exodus like this, unprecedented in terms of value and speed,” said IOM Asia-Pacific Spokesperson Chris Lom, speaking with UN News from Cox’s Bazar, a thin stretch of beach in south-eastern Bangladesh.

Mr. Lom, who is one of the UN aid workers on the ground, said the people he spoke with are “very vulnerable, traumatized.”

There are “hundreds of people virtually camped out anywhere there is space. Any spare muddy piece of land or on hillside,” he said, calling for a coordinated, emergency response that is fully funded by the international community to avert a humanitarian crisis.

About 60 per cent of the Rohingya refugees – some 200,000 – are children, according to Jean Lieby, Chief of Child Protection at the UN Children’s Fund (UNICEF) in Bangladesh, who is also in Cox's Bazar.

“The first thing you see here in the different Rohingya camps is the large number of children. You see children who have not slept for days, they are weak and hungry,” she told journalists in Geneva by phone. 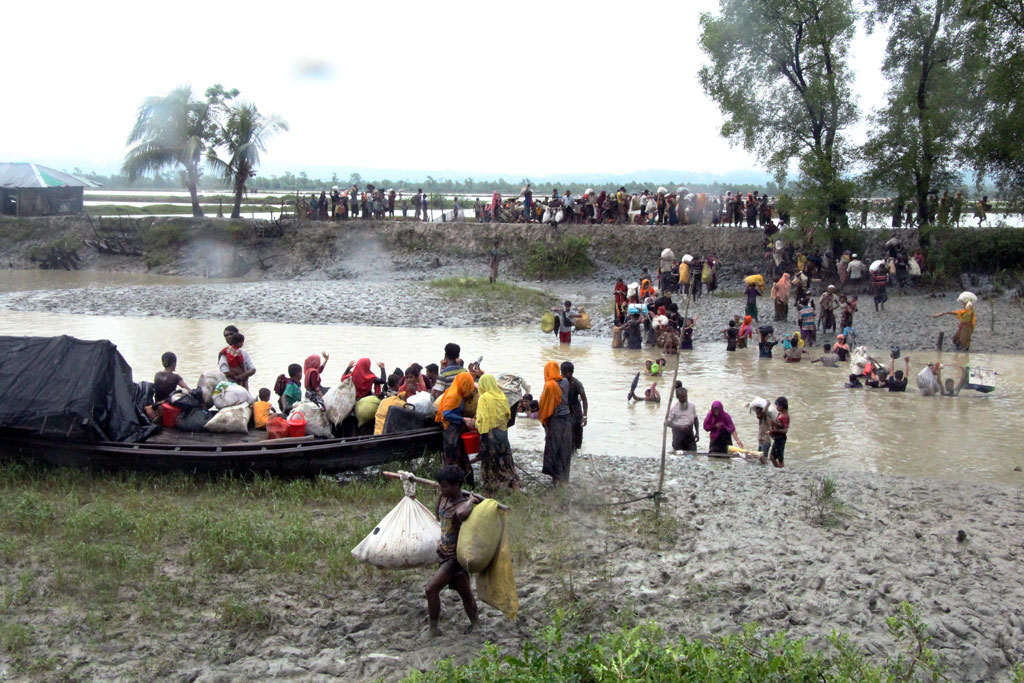 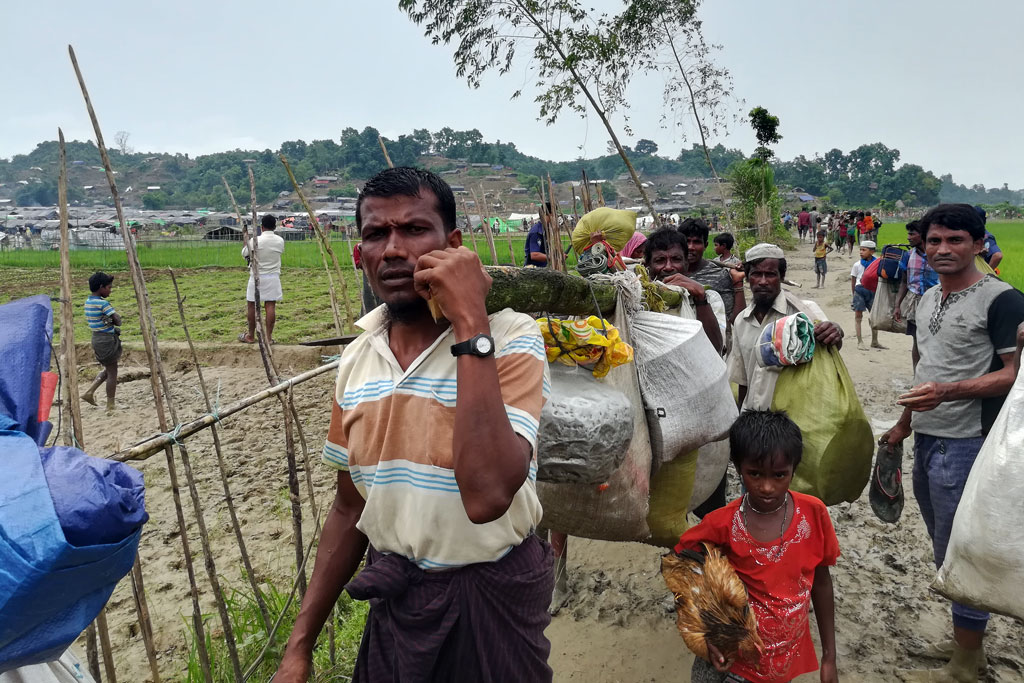 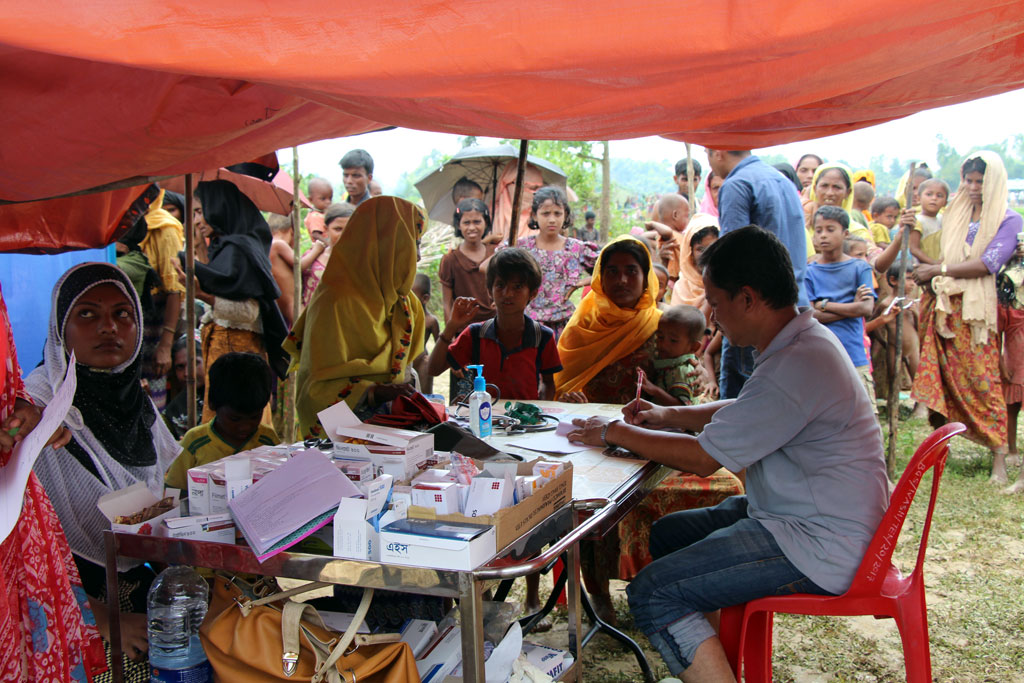 Meanwhile, emergency relief supplies are being airlifted to Bangladesh today, the Office of the UN High Commissioner for Refugees (UNHCR) said.

A second flight is scheduled to land later today with some 1,700 family tents, with more aid to be delivered shortly.

The UN World Food Programme (WFP) has already provided some 68,800 people with high-energy biscuits, including to women-friendly spaces supported by the UN Population Fund (UNFPA), and some 77,600 people with warm meals, working through a local partner.

UN and aid partners have launched an emergency appeal for Rohingya refugees, calling for $77 million to cover the next three months.

AUDIO: The flow of desperate Rohingya refugees fleeing across the border from Myanmar into Bangladesh is unprecedented says IOM.

The United Nations human rights chief today lashed out at the treatment of the Rohingya in Myanmar which has led to more than 300,000 people fleeing to Bangladesh in the past three weeks, as security forces and local militia reportedly burn villages and shoot civilians.