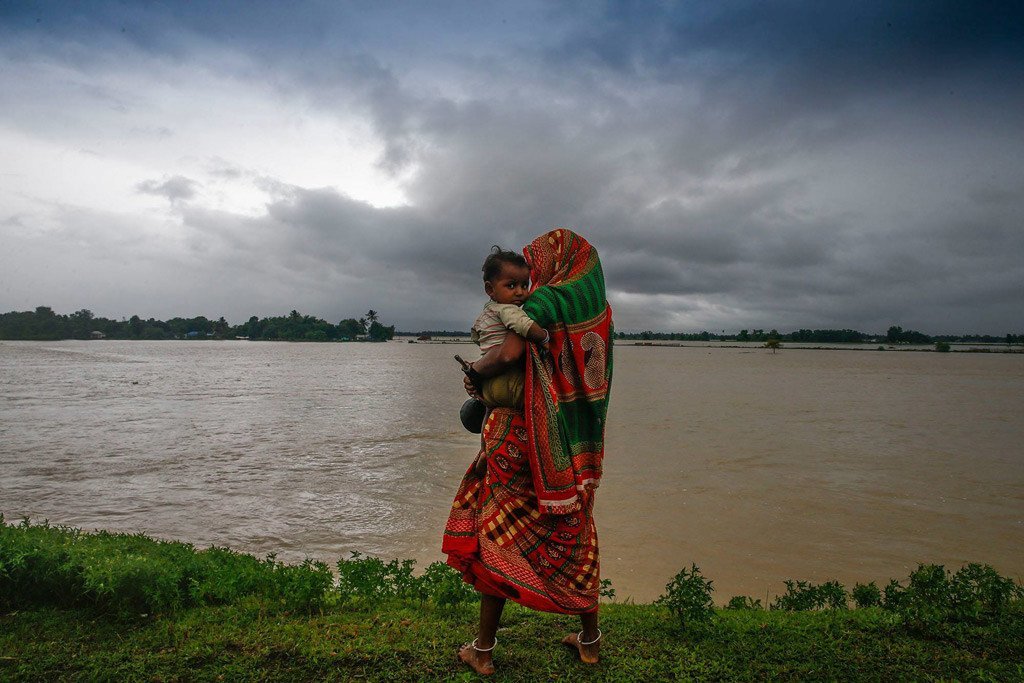 UNICEF Nepal/NShrestha
Displaced by the floods, a woman and her child walk along a road in southern Nepal.
24 August 2017
Humanitarian Aid

United Nations humanitarian agencies are working with the Government and partners in Nepal to bring in clean water, food, shelter and medical aid for some of the 41 million people affected by flooding and landslides in South Asia.

Nearly a thousand people have been killed, and tens of thousands of homes, schools and hospitals have been destroyed in Bangladesh, India and Nepal.

“There is the possibility that the situation could deteriorate further as rains continue in some flood-affected areas and flood waters move south,” the UN Office for the Coordination of Humanitarian Affairs (OCHA) today said in an updated note.

In Bangladesh, nearly 2,000 local medical teams have been deployed, even as one-third of the country is reportedly underwater. Aid workers are concerned about waterborne diseases, such as diarrhoea and malaria.

“Their most urgent concern is to accessing safe water and sanitation facilities,” OCHA said earlier this week, citing national authorities.

It also warned of dangers to women and children, who are at increased risk for abuse, violence and sexual harassment.

In India, rescue operations are ongoing in many flood-affected areas, with those stranded being rescued by helicopter.

Flood relief camps have been established for those displaced by the disaster where they are being provided with food and shelter, OCHA said.

Source: UN Office for the Coordination of Humanitarian Affairs (OCHA).

♦ Receive daily updates directly in your inbox - Subscribe here to a topic.
♦ Download the UN News app for your iOS or Android devices.
India|Nepal

At least 3 million affected by deadly floods in India and Nepal, UN reports