Civilians in conflict are not a target, top United Nations officials today stressed at a special event marking World Humanitarian Day, which honours aid workers and pays homage to those killed in service, while also drawing attention to the millions of people today living in war zones.

“For the millions of people caught in conflict, struggling to find food, water, and safe shelter; who have been driven from their homes with little hope of return; whose schools have been bombed; and who await life-saving medical care – we cannot afford to fail,” Secretary-General António Guterres said, urging each person and country to stand in solidarity with civilians in conflict.

Standing at Headquarters in New York alongside UN aid workers and staff who lost colleagues in war zones, the Secretary-General lent his support to the #NotATarget,” campaign, which highlights the need to protect civilians caught in conflict, including humanitarian and medical workers.

Joining Mr. Guterres to mark World Humanitarian Day, which is officially commemorated on 19 August, Under-Secretary-General for Humanitarian Affairs and Emergency Relief Coordinator Stephen O'Brien spoke of the challenges faced by aid workers around the word.

“Last year, 288 aid workers were targeted in 158 attacks. In the past three months alone, relief workers have been shelled and shot at, kidnapped and killed in Afghanistan, the Central African Republic, the Democratic Republic of the Congo, Kenya, Somalia, South Sudan and Syria,” he said. “This is blatantly unacceptable.”

Earlier in the week, the UN and partners launched the #NotATarget petition urging global leaders do more to ensure the rules of war are upheld and civilians are protected in armed conflicts.

With more than 10,500 signatures, the petitioners demand that world leaders do more to protect people trapped in conflicts, with a particular focus on those living in urban areas, children, targets of sexual violence, forcibly displaced people, humanitarian workers and health workers.

The petition will be presented to the Secretary-General during the high-level General Assembly, which opens on 12 September this year.

The UN General Assembly designated 19 August as World Humanitarian Day in 2008, selecting the date to coincide with the anniversary of the deadly 2003 bombing of the UN headquarters in Baghdad.

Originally coined by Médecins Sans Frontières in 2015, the #NotATarget hashtag is being used in the World Humanitarian Day digital campaign this year to call for action on behalf of all civilians trapped in conflicts. 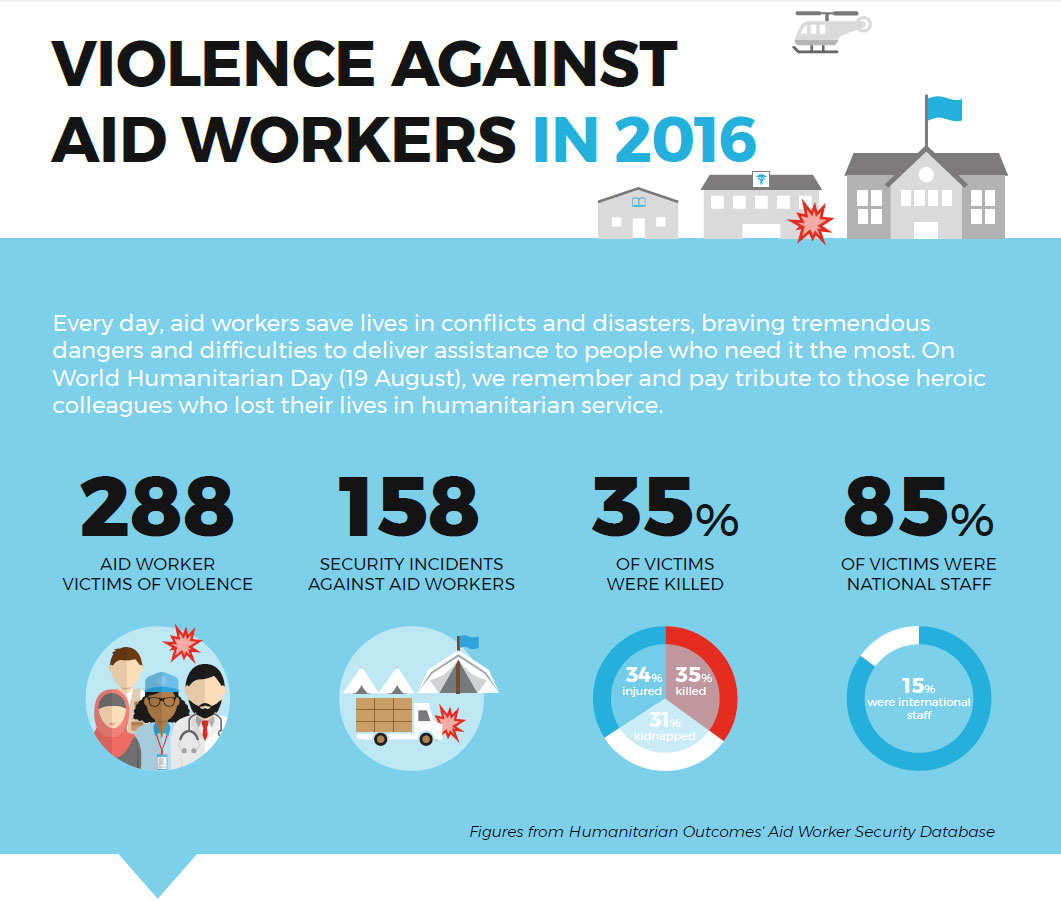