UN Photo/Kibae Park
A H/mong hill tribe woman in a village of Sin Chai, Sapa, Viet Nam. Women’s labour accounts for the two-thirds of subsistence agriculture in developing countries, yet they often have no rights over the land.
9 August 2017

Ten years after the adoption of the United Nations Declaration on the Rights of Indigenous Peoples, progress in several countries has been made in formally recognizing indigenous peoples, but overwhelmingly they continue to face discrimination, marginalization and major challenges in enjoying their basic rights.

Ten years after the adoption of the Declaration on the Rights of Indigenous Peoples, progress in several countries has been made in formally recognizing indigenous peoples, but overwhelmingly they continue to face discrimination, marginalization and major challenges in enjoying their basic rights.

“While indigenous peoples have made significant advancements in advocating for their rights in international and regional fora, implementation of the Declaration is impeded by persisting vulnerability and exclusion, and exclusion, particularly among indigenous women, children, youth and persons with disabilities,” said 40 UN system entities and other international organizations in a joint UN statement, issued on the occasion of the International Day of the World's Indigenous Peoples, marked annually on 9 August.

The Declaration, which was adopted by the UN General Assembly on 13 September 2007, establishes a universal framework of minimum survival standards for the dignity and well-being of the world's indigenous peoples. It is the most comprehensive international instrument on indigenous peoples' collective rights, including the rights to self-determination, traditional lands and culture.

Declaration on indigenous rights stands as “beacon of progress”

“The Declaration, which took more than twenty years to negotiate, stands today as a beacon of progress, a framework for reconciliation and a benchmark of rights,” underscored Victoria Tauli-Corpuz, Special Rapporteur on the rights of indigenous peoples, Mariam Wallet Aboubakrine, Chairperson of the UN Permanent Forum on Indigenous Issues, and the Expert Mechanism on the Rights of Indigenous Peoples in a joint statement on the Day.

VIDEO: In Bolivia, with an increased demand for labour, indigenous women are joining the construction industry, but are vulnerable to discrimination.

“But a decade on, we need to acknowledge the vast challenges that remain. In too many cases, indigenous peoples are now facing even greater struggles and rights violations than they did ten years ago,” they added.

Although some countries have taken constitutional and legislative measures to recognize their rights and identities, exclusion, marginalization and violence continue to be widespread.

With this in mind, Irina Bokova, Director-General of the UN Educational, Scientific and Cultural Organization (UNESCO) said that as custodians and practitioners of unique cultures and relationships with the natural environment, indigenous peoples embody a wide range of linguistic and cultural diversity at the heart of our shared humanity.

“Protecting their rights and dignity is protecting everyone's rights and respecting humanity's soul, past and future,” she said, noting that UNESCO's latest Global Education Monitoring Report provides concrete guidance and policy advice for the advancement of indigenous peoples' rights. The agency also launched the Local and Indigenous Knowledge Systems (LINKS) programme in 2002 to support governments in creating synergies between scientific and indigenous peoples' knowledge. 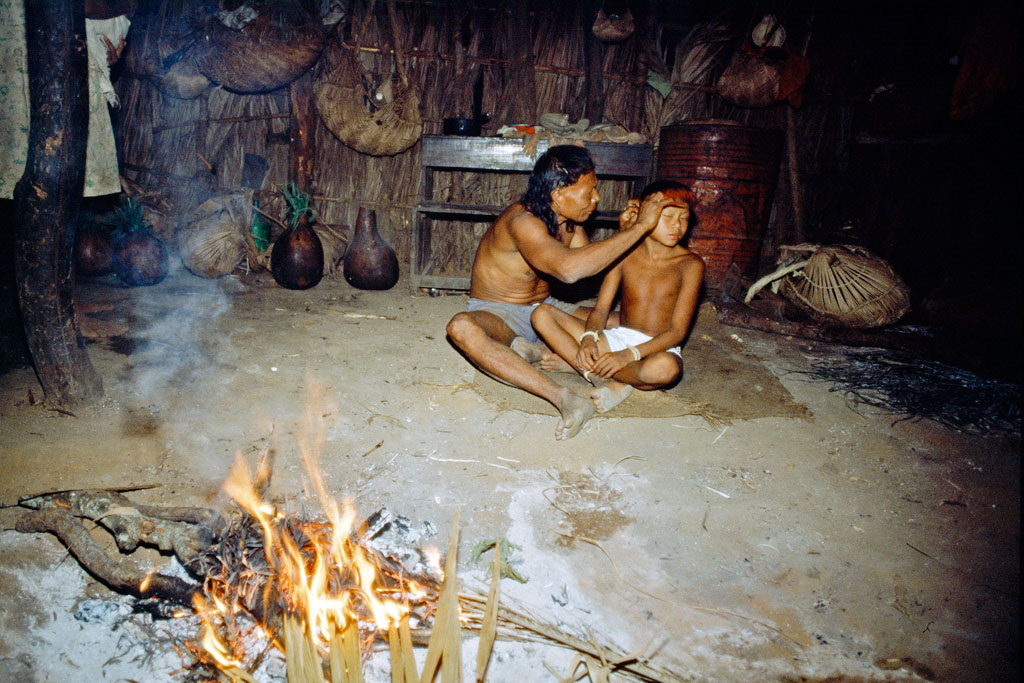 There are an estimated 370 million indigenous people in the world, living across 90 countries. The Shavante Indian in Brazil is preparing his son for the "oio," a ceremonial club fight young boys participate in to show their passage from boyhood to manhood. UN Photo/Joseane Daher 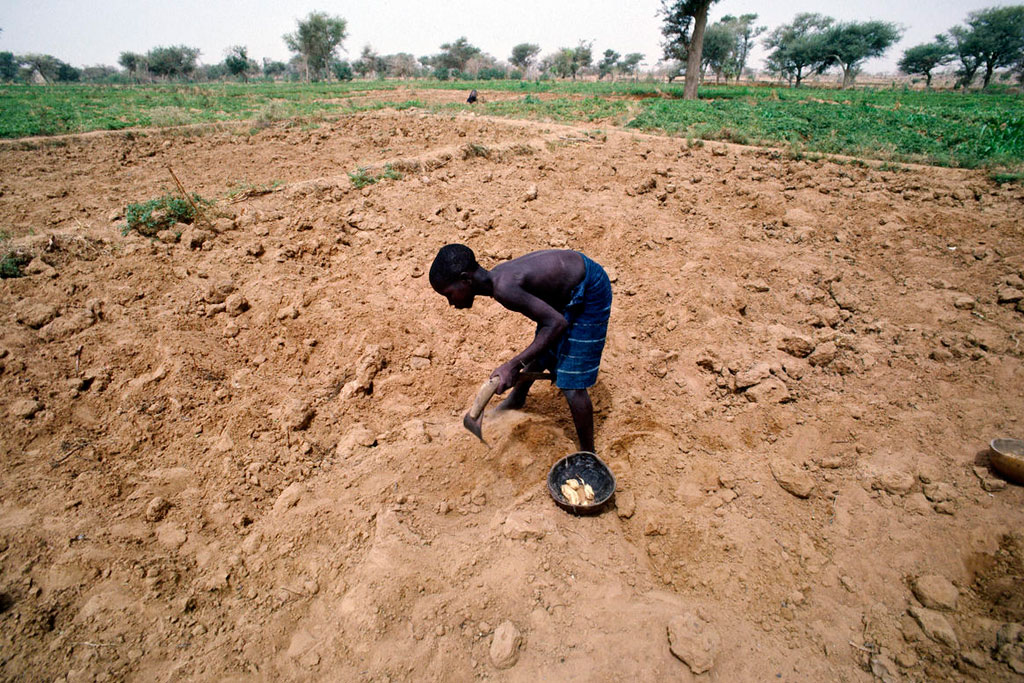 Indigenous peoples make up less than five per cent of the world's population, but account for 15 per cent of the poorest. Above, a member of the Dogons tribe in southern Mali uses indigenous irrigation techniques to grow vegetables and millet. UN Photo/John Isaac 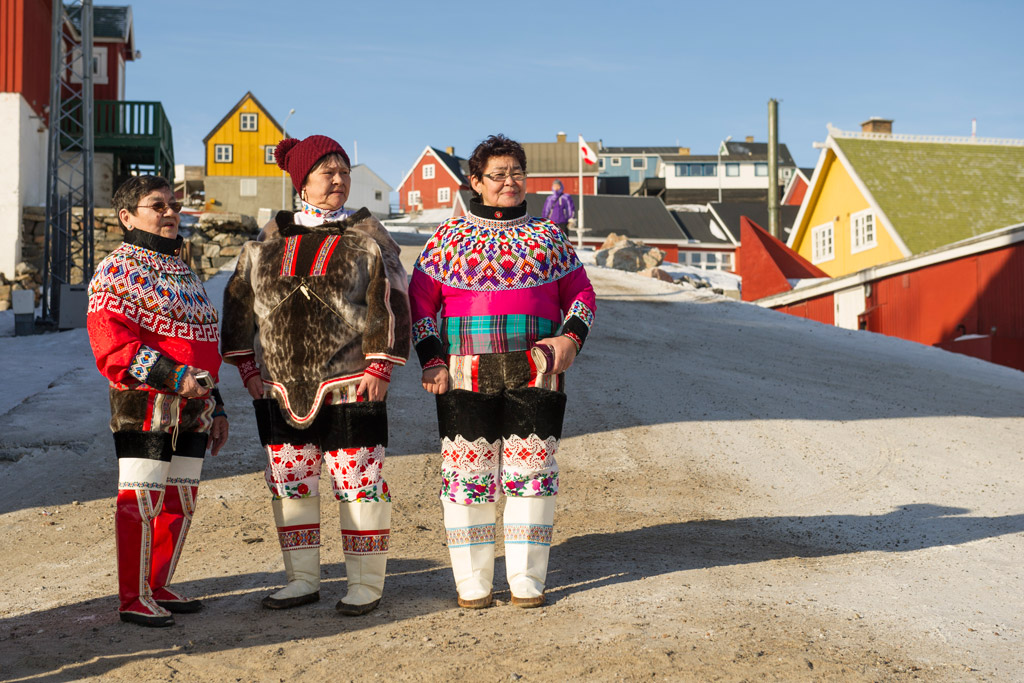 An overwhelming majority of the world's estimated 7,000 languages are spoken by indigenous peoples, who also represent 5,000 different cultures. Pictured here are indigenous Inuit women in the Uummannaq community of Greenland. UN Photo/Mark Garten 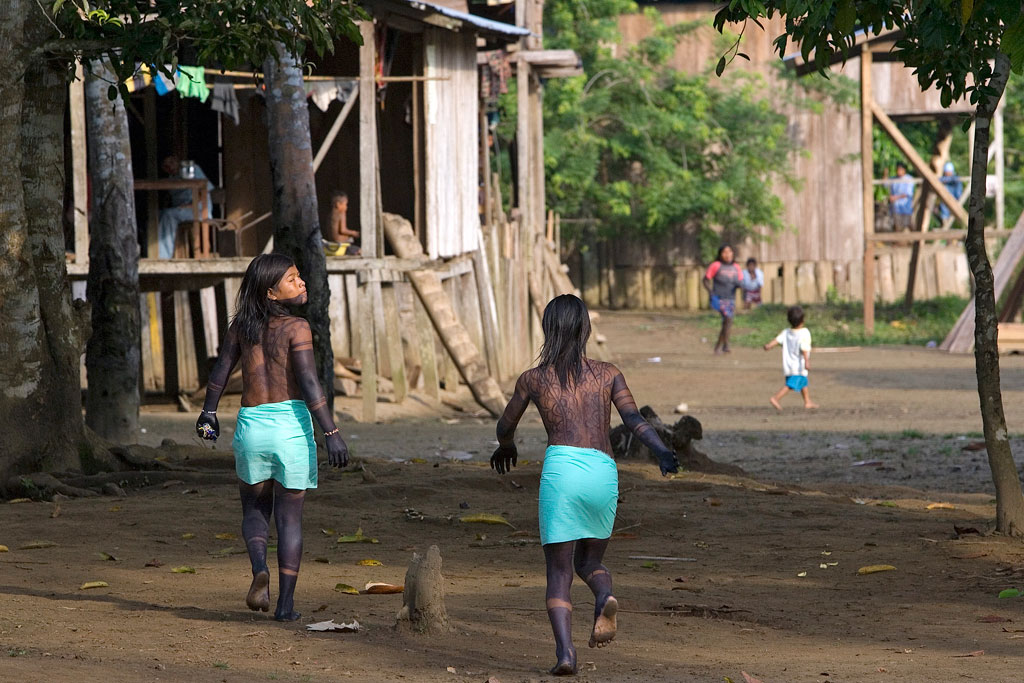 Indigenous peoples are inheritors and practitioners of unique cultures and ways of relating to people and the environment. Forced displacement, including from armed conflict as was the case with the Embera children from Colombia (above), can sometimes lead to the total collapse of traditional authority and cultural patterns. UN Photo/Mark Garten 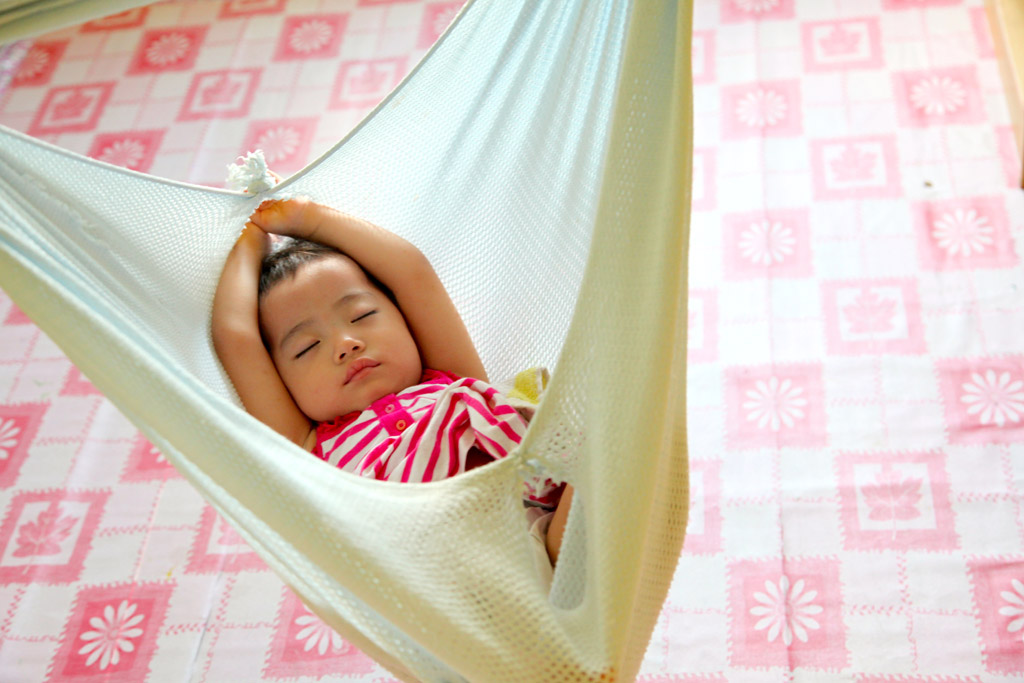 Indigenous peoples retain cultural, economic and political characteristics distinct from the dominant societies in which they live. A baby from the indigenous Kadazandusun ethnic group sleeps in a traditional cloth cradle in Malaysia, where UNICEF supports programmes for indigenous and other marginalized children. UNICEF/Giacomo Pirozzi 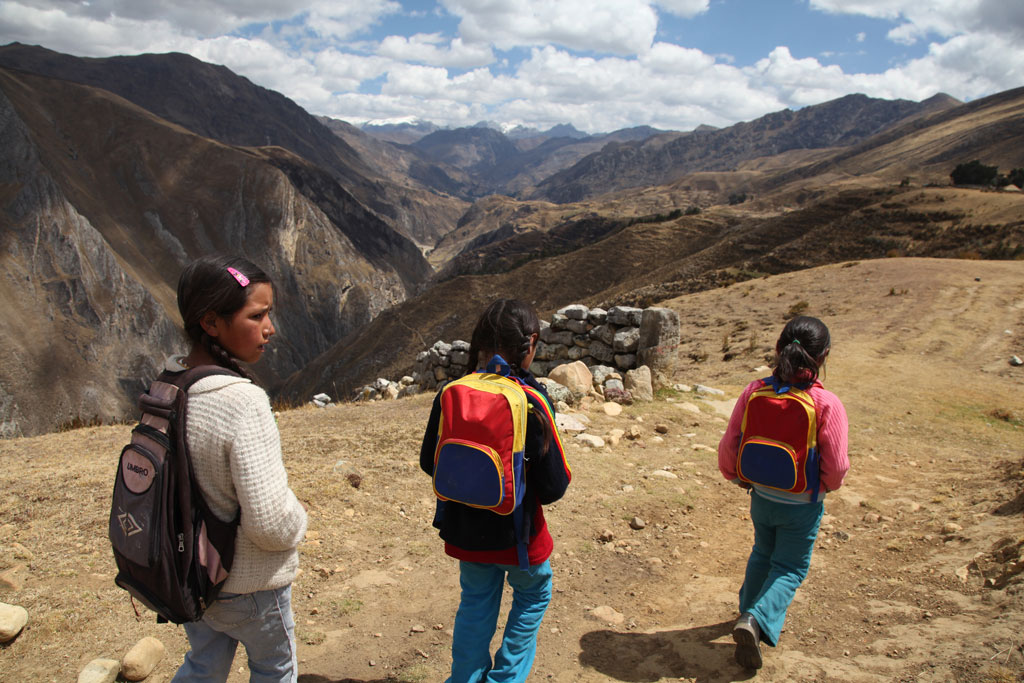 Despite their cultural differences, indigenous peoples from around the world share common problems. Students in Peru, pictured here, walk home from school. UNICEF asserts that, in the Andean nation, classes taught in Spanish challenge those who speak only the native Quechua – often leading to students dropping out. UNICEF/NYHQ2011-1606/LeMoyne 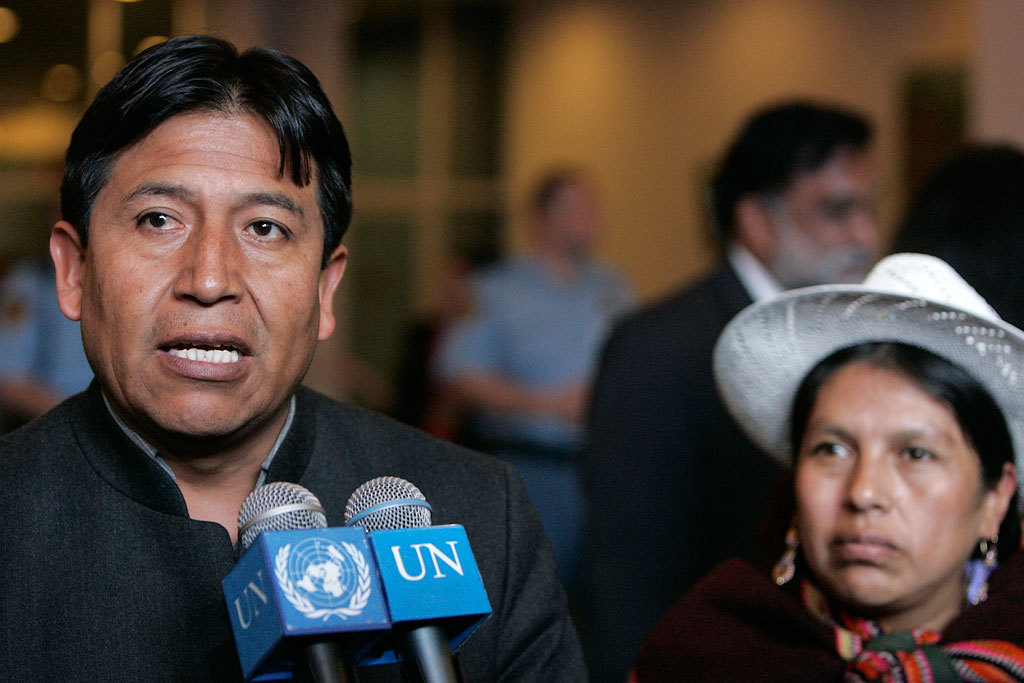 On 13 September 2007, the General Assembly adopted the UN Declaration on the Rights of Indigenous Peoples – a milestone for the cooperation and solidarity between indigenous peoples and Member States. Bolivian Foreign Minister David Choquehuanca Céspedes (left) speaks to journalists after the adoption in New York. UN Photo/Jenny Rockett 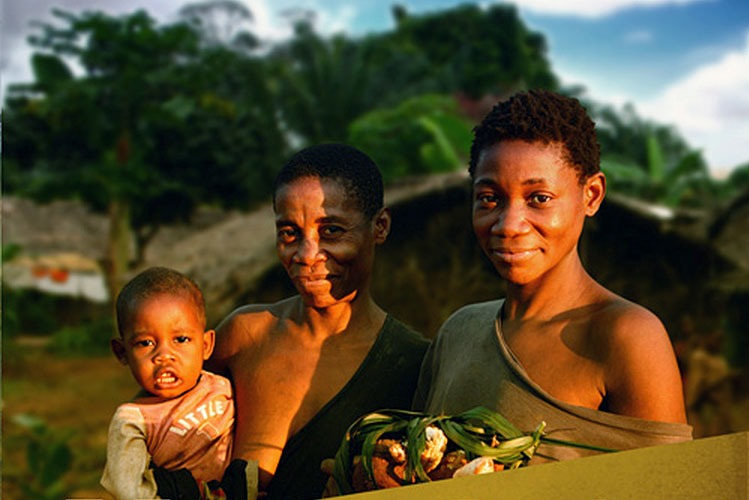 Although major progress has been made in implementing the Declaration, gaps continue to leave indigenous peoples facing exclusion, marginalization and challenges in enjoying their basic rights. For example, deforestation poses risks for the livelihoods of forest-dwelling indigenous peoples, such as those seen here in the Republic of Congo. Photo: UNFPA 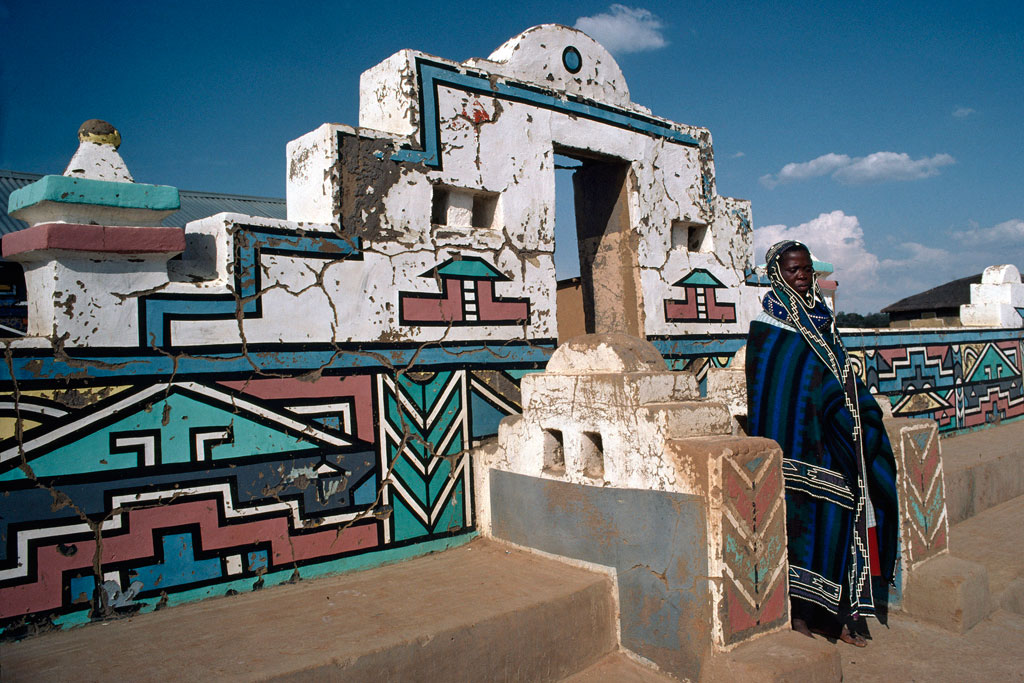 The 2017 International Day of the World's Indigenous Peoples, observed on 8 August, marks the tenth anniversary of the Declaration and offers a push for nations to demonstrate political will, and financial commitment, for its implementation. Bright colours and bold patterns adorn the house of the Ndebele tribeswoman above in South Africa. UN Photo/P Mugubane

Voice and empowerment of indigenous women “more important than ever”

For its part, the UN labour agency said the international community must also renew its commitment to promote the empowerment and voice of indigenous women, according to a

While commending the tenth anniversary of the Declaration, along with its own Indigenous and Tribal Peoples Convention, 1989 (No. 169) as instruments guiding public policy and empowering “indigenous communities to pursue their own development priorities,” the International Labour Organization's (ILO) underscored that the situation is far from acceptable.

The statement pointed out that their marginalization and social exclusion must be addressed to achieve the Sustainable Development Goals (SDGs) of the UN 2030 Agenda.

As Indigenous experts from Canada, Republic of the Congo, Ecuador and Namibia will celebrate the Day at a special event at UN Headquarters in New York, UN offices globally are also holding events and activities, including in Australia, Brazil, Colombia and Mexico.

The UN partnered with Twitter to create a special emoji for the Day, which, with the hashtags #WeAreIndigenous and #IndigenousDay, will be live from 8 August to 15 September as “a new way to engage broader audiences in promoting indigenous peoples' rights.”