31 July 2017
The fight against racism must be unremitting to be successful, according to the oldest of the United Nations treaty-monitoring bodies, which opened its latest session in Geneva today.

“Many people face institutional and systemic forms of racism in areas such as access to justice, education, health, employment, or housing. Many people are the target of racist hate speech and hate crimes, whereas the community is now viewed more as a threat than as a force,” said Adam Abdemoula, Director of the Division of the Council and the Treaty Mechanisms of the Office of the High Commissioner for Human Rights (OHCHR) opening the ninety-third session of the Committee on the Elimination of Racial Discrimination (CERD) at the UN Headquarters in Geneva.

“We are living in an alarming period in which racism is rehabilitated and legitimized in the name of security and nationalism,” Mr. Abdemoula explained.

The 178 States Parties to the International Convention on the Elimination of All Forms of Racial Discrimination, which marked its fiftieth anniversary last year, commit themselves to ending all forms of racial discrimination – defined by the Convention as any distinction, exclusion, restriction or preference based on race, colour, descent, or national or ethnic origin. The Committee monitors implementation of the treaty.

Mr. Abdemoula pointed out that the UN High Commissioner for Human Rights has recalled that although the ratification of a treaty is primarily a commitment to their people, many States do not respect their reporting obligations, adding that in this case, “a very large number of outstanding reports remain.”

The Director of the Division of Counsel and Treaty Mechanisms encouraged the Committee to work with States Parties to reduce the number of overdue reports. Mr. Abdemoula recalled that the Program for Strengthening and Improving the Functioning of the Organization, which supports States parties in strengthening their capacity to fulfill their treaty obligations, has produced concrete results to improve the reporting rate.

Noting that it was not necessary to yield to the hierarchy of oppression, Anastasia Crickley, Chairperson of the Committee, expressed regret that there had been no significant improvements in the racial discrimination suffered by many around the world.

“On the one hand there is little room left for hope, but on the other hand there is a bit of light at the end of the tunnel for people who help each other and for those who believe that it is possible to arrive at a fair and equitable world,” she explained.

Ms. Crickley denounced “the global toxic discourse” of justification of the processes of strengthening security, including the profiling against Muslims globally, and that the legacy of the slavery of people of African descent continues. She also rejected the hierarchy of oppression.

The Committee, an 18-person expert body, monitors compliance with the Convention, assessing to what extent each State party is meeting its obligations, and making recommendations for Convention implementation.

The current session is set to review the implementation of the Convention by Kuwait, Russian Federation, the United Arab Emirates, Ecuador, Djibouti, Tajikistan, Canada and New Zealand. 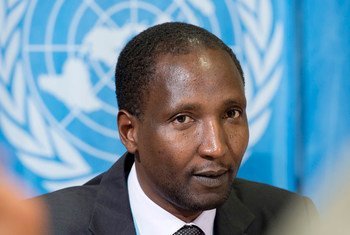 20 June 2017
A spate of recent terrorist attacks has driven an increase in security measures and exacerbated hate speech, a United Nations human rights expert warned today, calling for States to do more to meet the challenge of countering terrorism without fuelling racism and xenophobia.